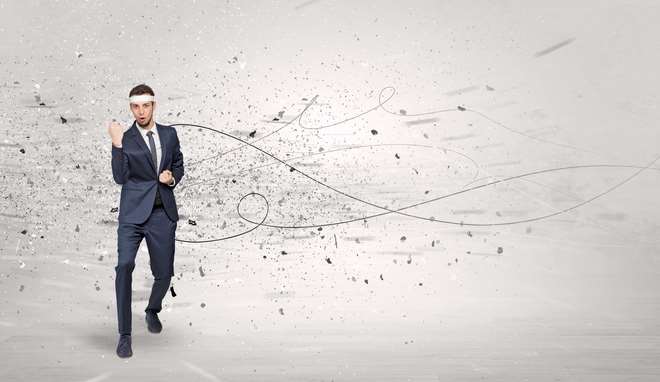 By Tony Hughes, expert in negotiation and CEO at Huthwaite International.

Picture the scene. You’re making the deal of a lifetime, yet you suspect foul play is at hand. The stakes are high and there’s a certain level of distrust amongst both parties. Should you counter-act with your own dirty negotiation tricks to gain the upper-hand? Or should you take the high-ground and try to tackle the situation head on?

A difficult scenario, and one that many small business people will be familiar with. The solution is to know when you’re at risk of being exposed to a dirty negotiation trick and how to overcome such situations. Here are some key tips to help you avoid foul play and create a safe negotiating environment that will pave the way for a successful business deal.

What is it?Used on business leaders who travel long distances, this is where the counter-party arrange a meeting while your concentration is impeded due to jet lag or fatigue. A variation on the theme is to ‘entertain’ the newly arrived traveller, ensuring there is even less chance to catch up on much needed rest before negotiations begin. It is particularly difficult to refuse hospitality.

Tip for small businesses: Travel early and leave time for recuperation before meeting the other party. Use the extra time wisely to double check the negotiation planning – an area which is frequently neglected. Where you suspect your hosts like to be hospitable, keep news of your early arrival quiet. This can help to ensure you are not ‘entertained’ until you are fully prepared for it.

What is it? Here the perpetrator attempts to instil panic into you by changing from a position of enthusiasm with the negotiation to suddenly showing no reaction.

Tip for small businesses: Being aware of this tactic allows you to remain calm. To counter their silence, and to avoid giving anything away.Ask questions about their position,this way you gain information and in doing so, take back power.

What is it? This dirty trick is frequently used to gain additional concessions from the unwary when the agreement appears to be in sight.

Giveaway phrases to look out for:

“I think we’ve nearly got a deal, if we can just agree on this last item I think we’re there…”

“I feel much happier now, there’s just one small thing we need to sort out, and then I think we have a deal…”

Tip for small businesses: Huthwaite’s research shows that more concessions are made in the final stages of negotiations than in the whole of the main discussion. Draw up an agenda of all the issues to be discussed early in the negotiation, so that additional ones can’t be introduced at a later stage. When faced with ‘final demands’, carefully check there is nothing else to come before considering whether to agree.

What is it? This is an attempt to gain concessions using time pressure.In its simplest form the trick involves setting a deadline by which time the agreement must be signed, or the deal is off. It is often sprung on the other party.

Tip for small businesses:Keep arrangements flexible and build time around your negotiation. Time pressure may even work in your favour if you keep arrangements to yourself until the deadline has arrived. People who have been expecting you to depart may be disconcerted by your sudden willingness to stay and continue discussions.

What is it? A tactic sometimes used when the other negotiator is losing ground.Creating a smoke screen can help to cover up a weak case if it’s being exposed by the other side.

Tip for small businesses:Skilled business people deal with this by:checking their understanding with the other side to ensure both parties have the same view and summarising to confirm agreement on what has been discussed.This requires patience and listening skills, but is a very effective way of refocusing on the real issues.

What is it?A tactic to imply a lack of decision-making authority.The negotiator is quite happy to accept concessions made by the other party but qualifies any concessions asked for by saying, “I’ll have to check this out with my boss, as this demand exceeds my mandate”.

Tip for small businesses:At the outset, check the other party has the authority to make a deal. If not, either match your authority to theirs (state that you will also have to check out concessions with your wider team) or suggest that you negotiate with the person in the organisation who does have the authority to sign an agreement.

What is it?A dirty trick often used against people visiting other cultures.There’s no doubt that cultural differences can play an important part in negotiation. Some tricksters deliberately use and emphasise differences and local customs to gain changes or win points in particular clauses in the contract.The approach of “but we always do it this way over here” can be difficult to counter if you’re not prepared for it.

Tip for small businesses: If you suspect this approach in advance, have with you a local expert who knows the customs. When negotiating in the USA for example, many organisations have found to their cost that it’s a false economy not to engage a competent American lawyer to act on their behalf. The best local expert in the USA may well be a lawyer.Once you’ve got their issues and demands, don’t concede. Trade!

What is it?A rather unsubtle trick.The manipulator offers to summarise the agreement reached at the meeting and then either changes or extends the agreement in their favour. This is often spotted by the other party, but can cause acrimony or embarrassment in correcting it later.

Tip for small businesses:It’s always worth collating the summary of an agreement while both parties are present. Huthwaite research shows skilled business people check that agreements are clearly understood by both parties.

What is it?This is based on the assumption that the more a negotiator has invested in trying to reach an agreement, the less willing they will be to abandon the negotiation.

Tip for small businesses: Write-off the previous investment. It then has no significant influence on current decisions.  Remember: The other party has an equal investment in the negotiation. Are they prepared to write off all they’ve invested by pressing for an unreasonable concession?

What is it?This is one of the most commonly used dirty tricks in negotiation.

People using this tactic often appear reluctant to release details of a so ­called competitor offer or other issue on ethical grounds. Its purpose is to make you feel you’ve misjudged the market or your relative strength and so give a concession, which will make you competitive again.

Tip for small businesses:Even though the other party will probably refuse to release details such as the competitor’s name, you shouldn’t believe what they say about cost, you can check the credibility of the competitive offer by asking details such as: “What sort of operator training are they offering?” or “What response time do they guarantee?”

Alternatively, you can try: “I’ll need a strong case to persuade my team to do better – can you help me with more details?”

Huthwaite’s research shows that the most successful business people don’t entertain dirty tricks in negotiation but instead strive to reach agreements that are satisfactory to both parties. When both sides are happy they are far more inclined to work towards a successful implementation, which at the end of the day, is the ultimate definition of a successful negotiation.

So, if you find yourself on the receiving end of something that doesn’t feel quite right, what should you do? It’s rarely the case that you should walk away. Indeed, in most instances, provided you recognise what’s happening, you can address the situation and swiftly bring it back to a better place.

Use these negotiation techniques to counteract dirty tricks and turn tricky scenarios into long-term profitable relationships.

If you want to hear more about how Huthwaite International can help your sales team increase business revenue, contact information@huthwaiteinternational.co.uk

How are Management Styles Affecting The Employee Retention Crisis