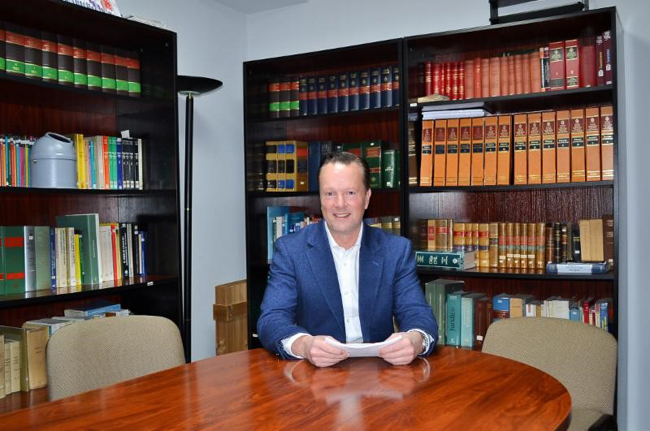 When Keith Rule paid the €54,000 deposit for his dream property in Spain back in 2006, he had no idea that it would be the start of more than a decade of legal wrangling and, ultimately, a whole new career path.

Keith thought that he was taking the first step in buying a dream second home when he paid his deposit. However, things began to go wrong almost as soo n as he had handed over the money. He wasn’t given a bank guarantee. Then the developer began falling behind with the build schedule.

In 2007, while chasing the bank for the much-needed guarantee, Keith came across Spanish law LEY 57/1968. Keith’s interpretation of the words ‘bajo su responsibilidad’ (‘under its responsibility) in that law was that the developer’s bank was obliged to issue or confirm the existence of the guarantee, as it had received the off-plan deposit.

With the developer falling further and further behind, Keith appointed Maria de Castro of CostaLuz Lawyers in 2008 and set up the Finca Parcs Action Group, along with 46 other claimants who were in the same position as him.

He continued gathering evidence into 2009, when the developer finally abandoned the construction project entirely. Keith held several meetings with the developer’s bank, travelling between London and Murcia in order to speak to those in a position to help. However, his guarantee was still not forthcoming.

A year later, he joined other affected buyers in staging protests against the Spanish Government when they visited London for a property road show. He also joined a delegation that met with Europe Minister David Lidington in London in order to further publicise his cause.

“I was determined that – somehow – the other buyers and I would be heard. The stress and frustration that result from so many years of battling an unwilling system were hard at times, but we knew that we had a right to receive our funds back. Giving up was simply not an option.” 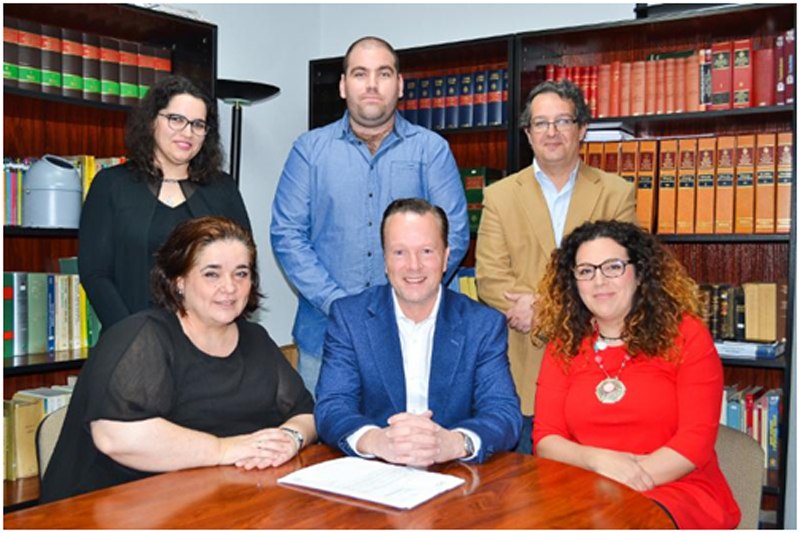 Maria de Castro at CostaLuz Lawyers filed a lawsuit on behalf of Keith and the Finca Parcs Action Group against the Spanish developer and the bank.

In 2012, a First Instance Court ruling was made in favour of Keith and his fellow property buyers. However, the bank appealed.

The Provincial Appeal Court considered the case next, ruling once more in favour of Keith and the Finca Parcs Action Group in April 2013. The total pay-out was €1.5 million plus interest.

The success in court and the 7 years it had taken to achieve it had seen strong bonds form between not only the Finca Parcs Action Group but also between Keith and CostaLuz Lawyers. He joined the CostaLuz team and now works fulltime to assist others in their quest for off-plan deposit reclaims, running the UK office since 2013.

In 2014, CostaLuz lawyers filed lawsuits for hundreds of affected off-plan buyers against developers’ banks, relating to properties all over Spain.

2016 saw the Supreme Court confirm its doctrine on liabilities of banks receiving deposits, though a case won by CostaLuz Lawyers/De Castro against Caja Canarias (now Bankia) for an off-plan property in the Canary Islands. The case, which marked a decade since Keith Rule first began his crusade, has given fresh hope to those still awaiting the return of their own deposits.

Keith’s battle continues. Now he fights together with CostaLuz lawyers on behalf of others who were affected by investing in off-plan developments that were subsequently abandoned.