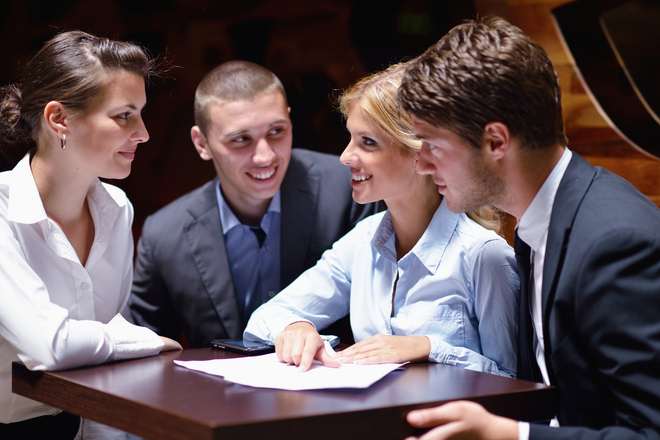 More than a quarter (30%) of finance professionals believe that blockchain technology has the ability to offer enhanced data security in their organisation, while over half (51%)  are confident that their organisation will be working with smart contracts incorporated in blockchain by this time next year.

These findings come from a study of more than 1000 finance professionals commissioned by Onguard, the fintech firm that focuses on the order to cash process.  Furthermore, the research discovered that 19% of finance businesses are already working with blockchain integrated smart contracts.  Nearly all (94%) of professionals agreed that the order to cash process will soon consist of significantly fewer steps because of blockchain.

Bert Van Der Zwan, CEO at Onguard, said: “While the exact uses of blockchain are not yet defined, the level of activity using this form of technology is only going to increase.  Businesses are already benefitting from enhanced data security, but I expect that this is just the beginning of a blockchain revolution with nearly two thirds of organisations already preparing an initiative related to blockchain.”

The study revealed that the topic of blockchain is now high on the agenda for finance organisations, with the topic being raised just under two times a week on average during formal company meetings. Almost two thirds (61%) of firms are currently using this technology to automate admin processes. Interestingly, 35% of the total sample have already invested in cryptocurrencies like Bitcoin or Ethereum.

The survey also found some interesting patterns regarding the treatment of data in financial services, with 69% of respondents saying that it plays an important role in the organisation while a further 24% strongly stating that ‘their business is data’.  Just 7% of those surveyed admitted that they felt data did not form a big part of their business.

“Blockchain is just the latest in a line of technologies that is set to transform the financial services sector,” added van der Zwan. “This therefore means that the CFO will have a crucial role in introducing this technology, with nearly half (45%) of respondents noting that the CFO in their organisation is the primary decision maker in regards to the use of new technologies related to financial products and services.”

How to Ensure A Successful and Trustworthy ICO