30 YEARS OF EXCEL-LENCE: TIME TO MOVE ON? 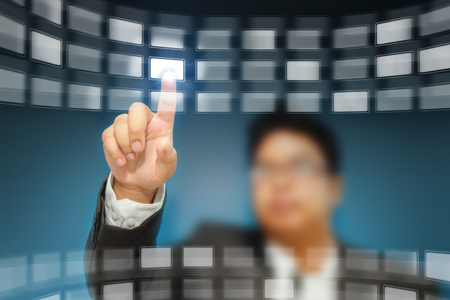 The business landscape experienced a powerful shift following the introduction of Microsoft Excel in 1985. Since its birth, the program has transformed the way in which companies handle data on both a small and large scale. This autumn, Excel celebrated its 30th birthday, providing a chance for businesses and users to reflect on the effect it has had on our working lives.

At present, the market for business software is vast and full of potential. So with competition high and technology developing rapidly, we should take this opportunity to review our relationship with Excel. Businesses can start this process by thinking about what the future holds for their organisation, as well as the abilities of the program, and then decide whether it is still the best product for the company’s needs.

When Excel was created, it allowed users to combine presentation with data processing capabilities, which ranked highly in the needs of businesses circa 1985. However, Excel users now run the risk of missing out on important business intelligence in exchange for presentable data using graphs and charts.

On the other hand, spreadsheets allow firms to handle increasingly larger data sets – a feature which is difficult to rival in smaller programs. Microsoft research and development teams have spent enormous sums of time and money ensuring that Excel has competitive advantage in order to remain the market leader. The sheer amount of data Excel is capable of holding means that finance departments would struggle to operate without it.

Despite these important benefits, end users can often create the problems with the program themselves. Many different variations of calculations and formulas can be used in Excel, which can create serious problems with consistency. As a result, spreadsheets will often need to be redesigned when a member of staff moves position and relinquishes control. When this occurs, many elements of consistency and control are likely to be lost, which can have a negative impact on reliability.

Although spreadsheets are highly valued in financial functions, problems usually arise when processes do not work as expected, or figures cannot be traced or interpreted due to differing users and manual adjustments. The effects of spreadsheet ‘glitches’ like these have the potential to damage the performance of a business as a whole.

In extreme cases, poor spreadsheets can result in monetary loss for an organisation. In fact, a recent YouGov poll has revealed that of the 72% of medium and large businesses which use spreadsheets, 17% have suffered financially due to incomplete or incorrect spreadsheets.

In addition, many Excel issues faced within businesses can be linked to the lack of training and updates on new versions of the software. Findings from the same YouGov survey demonstrated that only 41% of companies had invested in formal spreadsheet training in the last six months – meaning over half had not, thus highlighting a crucial knowledge gap.

Regardless of Microsoft’s undeniable success with spreadsheet technology, it is apparent that Excel still has the potential to cause aggravation for organisations. The cost of training and updating staff can often result in elements of the program being overlooked where full understanding is necessary, which can be observed from the YouGov poll.

In the current market, we are faced with a wide choice of alternative programs which feature the same flexibility as Excel, but include alternative features which address commonly experienced hurdles. For example, the new wave of spreadsheet options now available eliminates the version control issues faced in Excel and additionally offers built-in back-up and compliance support.

However, in cases where businesses do not wish to abandon Excel or want to ease into the transition, companies could consider using it in conjunction with a new product, thus benefitting from the best of both worlds.

Without a doubt, Excel has been a friend to businesses for the past 30 years, but with demands of the corporate world altering daily it may be time to reassess your spreadsheet needs. Granted, Excel is a renowned market leader, but companies could gain significant benefits from reassessing their reliance on spreadsheets and looking into automating processes in alternative ways to address their current business needs.

THE SHARING ECONOMY: WHAT’S IN IT FOR ACCOUNTANTS?