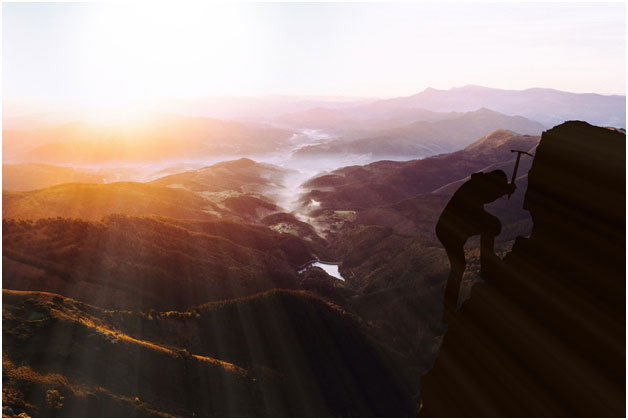 With this in mind, Henley Training have put together a compilation of quotes that will energise you if you feel like you have been pushed back, straight from some of the world’s boldest and brightest minds.

We can’t guarantee that you will become an entrepreneur when you wake up the next morning after reading these, but we do hope that these inspire you when you need some light at the end of the tunnel.

You may have had one of your best days, but the hard work should not stop there. Constantly striving to be better when a new day begins is the key to both overcoming setbacks and maintaining success.

If something has gone wrong, ensure you take time to decant and strategise how to move forward. This might be as simple as sitting down and writing down your goals for the next few years, or asking for additional training at work. Anything actionable that will help you become the best version of yourself is key here.

There is always something that you could do better tomorrow. Treating yourself as a constant work in progress will allow you to avoid disappointment and feeling disheartened should you face a setback.

Michelle Obama left behind a career in law after coming to the conclusion that she wanted to give back to the community. Not many people know that, in the process of applying for a community role in a Chicago hospital, she brought her two young daughters to the interview and demanded a full-time job with flexible hours over the part-time job she was being offered.

Not wanting to have to make a choice between motherhood and pursuing a career, she used her grit, determination, and initiative to go after what she wanted, and it certainly worked – she ended up with the full-time position she asked for, with the flexible hours to go with it, too.

What can we learn from Michelle? Success doesn’t just have to be defined by, for example, hitting targets at work. It can also mean showing up for people, helping your colleagues thrive or, changing your mindset from “how will X benefit me?” to “how will X benefit others around me?”

Richard Branson has dabbled in industries across rail, retail, sea, and even space. He has had his fair share of losses – for example, Virgin Records failed to take off in the music arena after being overshadowed by giants like Apple’s iTunes. However, this did not stop him from continuing his ventures.

Branson learned from his failures through living by certain principles whenever he was coming up with business ideas, such as ensuring the brand is unique, understanding that “there can be no profit without a well-defined purpose”, and fighting to survive, which he spoke about in this interview.

We all know that Oprah is no stranger to being incredible at spinning many plates at once. But she has also lived through struggles from very early on. Not because of a business venture that fell through like Branson, but being born into poverty and facing hardships due to her background.

Despite this, Oprah landed a slot on a radio station in Nashville whilst she was only 17 years old, before making the leap onto television screens 12 years later. She pioneered the modern “talk show” by being passionate and adopting an empathetic approach on national TV that people had never witnessed before.

It was from here that she went on to host her own show, The Oprah Winfrey Show for over two decades. Ensuring that her adversities did not hold her back from achieving her potential, and being encouraged by strong personalities in her life like her grandmother, Oprah pressed on and overcame the challenges that would get thrown at her.

Don’t settle. These two words from Steve Jobs couldn’t be more relevant in the 21st century, especially when it comes to careers.

The average number of years that employees stay in a job from ages 25 to 34 is 3.2 years, rising to 10.3 years for those aged 65 and over. On the other hand, a survey found that 43 per cent of millennials intend to leave their jobs within two years and less than a third are looking to stick around for longer than five.

These figures demonstrate that a job is no longer for life, and perhaps there are good reasons why there has been a shift towards this trend.

If your job isn’t stimulating and fulfilling you, don’t treat it as not being able to get something right in terms of your career. Maybe it’s time to let it go and pursue another opportunity. And if that means potentially even changing career paths, then go for it. Just don’t settle.

It takes a lot to keep going after you have faced a roadblock – whether it is in your personal or professional life, there is no one-size-fits-all approach to success. Take it from these inspiring entrepreneurs – whether you have grown up in difficult circumstances or taken a hit from a failed business, know that you will be better for it on the other end.

Take a leaf out of these entrepreneurs’ books by keeping yourself open to learning from mistakes, strategizing your goals for the future and finding what your passions are.

How a garden can boost your property value