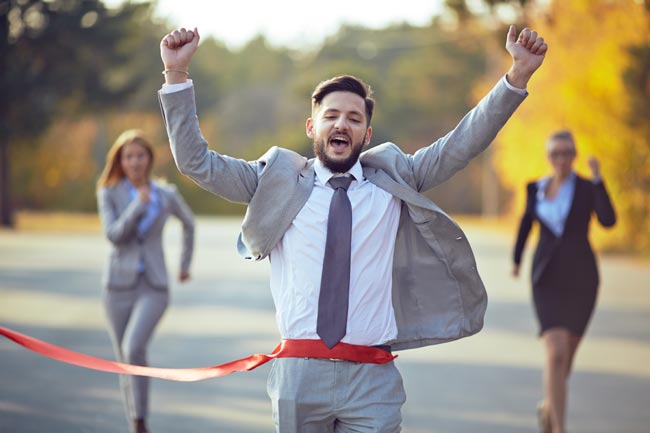 Research has found that a third (31%) of people who regularly play sport don’t think they behave in a very sportsmanlike manner.

The study of 1000 amateur athletes by online bookmaker LeoVegas.com, shockingly revealed that 55% of those don’t think verbally abusing another player in a racist, homophobic or sexist way makes them a ‘bad sport’ and a further 59% think it’s okay to deliberately push another player.

The research also revealed what people do consider to be unsportsmanlike. The most hated acts are:

Mark Jackson, 36, from Durham who took part in the research, said: ”I play five-a-side football twice a week and think giving each other a hard time is just part of the game – no one really takes offence, it’s just a bit of banter!”

Jessica Smith, a 24-year-old netball player from Aldershot, commented: “Attitudes towards male and female sports are unfortunately still very different. I hope this summer people see women coming out on top and realise that it’s great to throw, run and jump like a girl!”

When it comes to competitiveness, 33% of men think it’s one of the most important aspects of sport, compared to just 18% of women. However, women are more likely to use underhand tactics as 19% admit they would do ANYTHING it takes to win, compared to 13% of men. Despite this, over a quarter (26%) of respondents admitted to getting very annoyed when people are ‘bad sports’ and ruin the game for others.

Looking at sporting etiquette around the UK, 1 in 10 in Northern Ireland think it’s okay to break the rules if they don’t get caught – higher than anywhere else. When it comes to doing whatever it takes to win, the most competitive regions are:

We all know that some sports fans can get carried away. Respondents were asked which sports they believe have the most unsportsmanlike fans. The sports with the LEAST sportsmanlike fans are:

Shenaly Amin, UK Country Manager at LeoVegas, said: “As 2016 is such a huge year for sport, with the Euros and Olympics just around the corner, we wanted to find out what people’s pet peeves are when it comes to sporting etiquette.

“We were surprised to discover what people think is acceptable behaviour and hope that this summer everyone can be good sports whatever the results.”