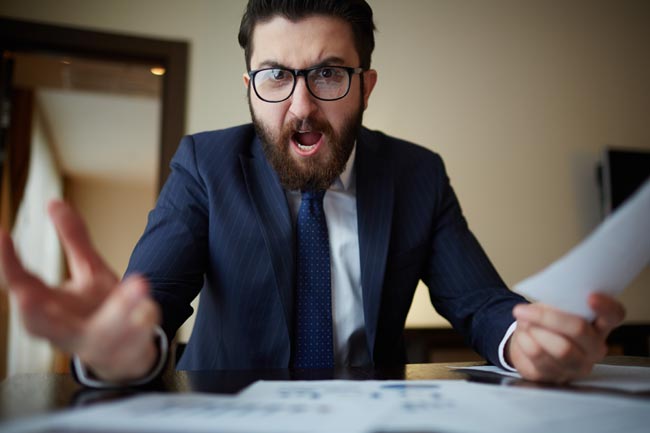 Research1 has shown that us Brits are very much a nation of ‘hangry’ beings, with 80% of us claiming to feel ‘hangry’ at least once a week.

Feeling ‘hangry’ is “being in a state of anger that arises with a lack of food” and according to a study by the UK’s largest dining club, tastecard, most Brits (42%) admit to feeling “irritable” when hungry, 41% say they are “frustrated” whilst 34% feel “stressed,” showing we’re not the happiest bunch when hungry…

In terms of how our ‘hangriness’ affects others, over a third of us (34%) have lost our temper with our partner while hangry, 14% have thrown a tantrum and 16% have even shed tears.

Being hangry is not only detrimental to others around us, but also to ourselves, as over a quarter of Brits (26%) say they have broken a diet when hangry, with another quarter (26%) claiming to have over-eaten during meals because of hangry-ness.

So when does ‘hanger’ strike for most of us? Forty percent of Brits feel most hangry between breakfast and lunch, a time when much-needed ‘elevenses’ come in handy. Men are the most hangry sex, with 83% of males feeling hangry at least once a week, compared to 77% of females.

The younger generation suffers from hanger the most as 91% of 18 – 24 year olds say they experience this at least once a week. A whopping 31% of this age group admit they’ve had an argument when hangry, compared to just one in ten 25 – 34 year olds.

Hanger hits most of us towards the middle of the day when we are at work, so who are the hangriest UK workers? HR professionals top the list, with 93% of those surveyed feeling hangry at least once a week. The full top 10 list of the hangriest professions is below.

Robert Stewart, psychotherapist and coach based in London says: “Becoming hungry can be an unpleasant experience, particularly if there is no meal in sight! As our blood sugar level begins to drop and we experience physical tiredness, our body begins to produce ghrelin, our hunger hormone, which signals to our brain that we require some food and the quicker the better.

“We become ‘hangry’ as physiological changes occur following the production of ghrelin and our brain begins to focus on survival. Research suggests our sensory perceptions become heightened when hungry and as this happens we will enter an ‘incentive driven’ mind-set. Our focus will become narrower as we try to center our attention on the information that seems most relevant to satiating our appetite.

“The hungrier we become, the more the threat mechanism part of our brain is triggered and the less empathy or perspective we have. Without perspective or empathy, we can begin to personalise what would normally be blasé comments, we provide short, snappy responses and we even forget our friends or partners are there, whilst we scan the horizon for the nearest source of food!”

Lisa, 27 from Grantham, frequently experiences hanger and says: “I often feel hangry, particularly in the evening before dinner. Once I got home from work and my boyfriend was annoying me as he wouldn’t tell me what he wanted for dinner.  I was so hangry as I hadn’t eaten for a few hours so I threw a stuffed Chewbacca at his face!”

Matt Turner, CEO of tastecard, said: “The results of our poll show that the majority of us have experienced ‘hanger’ and have had a hangry moment or two at some point, whether it’s losing our temper or breaking a diet. It’s interesting how hunger can have such a big impact on our behaviour, and how quickly it can turn into hanger.

“The results have revealed who hanger affects the most so we now know who to look out for – and avoid! For those of you who experience hangry people regularly, we suggest having some snacks ready to combat their hunger before it turns to hanger!”

Beat the exchange rate and buy that dream holiday home – by paying in pounds!