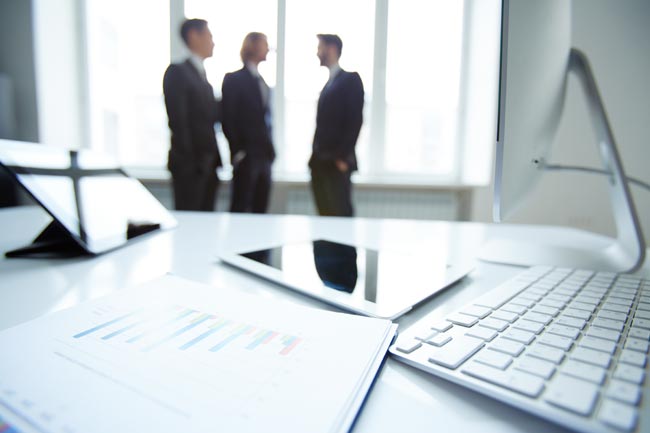 A seven-session bear market on the Dow, in reaction to Trump catching up with Hilary Clinton in the polls, was followed by a seven-session rally after Trump won. The rally was triggered by relief that his acceptance speech was less bombastic and more inclusive than had been expected, and led by the sectors most likely to benefit from his promise to de-regulate business – such as pharmaceuticals.

As investors contemplated a fiscal stimulus from Trump’s plans to reduce business and personal taxes, and increase spending on infrastructure, investors bought into a theme that has become known as Trumpflation; this is higher economic growth than we have seen since the financial crisis, but accompanied by higher inflation and higher interest rates from the Fed.

The S&P500 closed on Friday 2.2% up on when Trump was elected, while the small cap Russell 2000 index closed +9.5%. Treasuries fell in response – particularly long dated, which are more sensitive to interest rate changes- while the dollar has rallied. Developed stock markets have benefited from the stronger dollar (a boost to their exports), but emerging market stock markets have weakened sharply.

Investor pit holes along the way

Cynics might point out that the expectation of higher interest rates sits uneasily with stronger U.S stock markets. After all, it is the current favourable stock market dividend yield (currently 4.0% on the S&P500, based on trailing earnings), compared to the low returns from cash and Treasuries, that is the most frequent justification made for holding U.S stocks. And they appear richly valued by many other measures.

The explanation offered by analysts is that the increase in earnings arising from cuts in business tax, deregulation and higher national GDP growth policies will outweigh the drag of higher Fed rates. Furthermore, if Trump succeeds in repatriating the estimated $1.2 trillion of cash held offshore by U.S companies investors expect much of this to go into increased investment (leading to higher profits) and/or returned to shareholders through share buy-back programs.

But, the cynics, might reply, there is a risk that hawks on the Fed’s policy committee refuse to play ball with Trumpflation, and tighten monetary policy in such a way as to neutralise what is, in effect, an inappropriately timed Keynesian fiscal package. This may help prevent a boom-and-bust scenario for the U.S economy, but will disappoint investors looking to price in a boom in corporate earnings.

Additionally, there is the risk that Republican-controlled Congress refuses to allow Trump his tax cuts and spending policies. Many are fiscal conservatives, and see a rising budget deficit as a sign of bad government. The Tax Policy Center last week announced that Trump’s proposed tax cuts will lead to arise in the Federal deficit by $7.2 trillion during the first decade, from $14 trillion today. This excludes the additional $550 billion pledged for infrastructure by Trump’s transition team.

The outperformance of U.S small cap stocks, versus large cap, reflects two negatives themes for large cap stocks. The first is a stronger dollar, pushed by higher interest rates, which will harm the big U.S exporters that are found in the S&P500 index. It will lead to more imports, and stronger calls for tariffs. The second reason for the outperformance of small cap stocks is the likelihood of tariffs. Domestic-focused companies of all sizes in services and other non-tradeable sectors, will be relatively insulated from the effects of a tit-for-tat tariff war with America’s trading partners. But exporters will be hurt, and these are disproportionately larger companies.

Many emerging market governments, companies and households took on cheap dollar-denominated debt from 2010 as interest rates and bond yields tumbled. They are now exposed as dollar borrowing rates go up, and they have to pay interest and capital in a more expensive dollar. Furthermore, Trump’s thirst for tariffs will hurt the export-led growth model that is pursued by many emerging market economies. Little surprise then that emerging capital markets have had a rough 10 days: Mexico, one of the countries whose capital markets have been hardest hit by Trump’s election, has seen a 7.3% fall in the IPC stock market index, a 90bp rise in its dollar-denominated 10yr sovereign bond yield and a 10% fall in the peso. On Wednesday the central bank raised interest rates 50bps to 5.25% to protect the peso.