A time of change - how artificial intelligence is transforming insurance 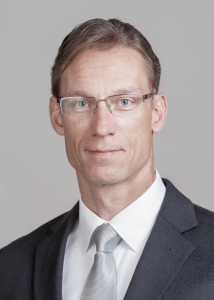 Things are certainly changing in insurance. Yet while it is true to say they have always been changing, there has never been a perfect blend of problems and solutions such as we’re seeing now. The big deal is that the problems and solutions are happening in unison, many of which (on both sides) are being driven by the same thing – artificial intelligence (AI). On the business side,problems are evolving rapidly including risk exposure changes caused by drones, environment changes affecting cat exposure and the “big bogey” – autonomous vehicles (AVs). Couple these with “normal” market changes including a persistent soft market and rising loss ratios in historically profitable lines of business (LOBs) such as auto insurance (which in turn is likely the result of distracted drivers), and the problem set is finally significant enough for insurance companies to seek the leading edge of innovation in order to keep up.

On the solution side, analytics, AI, and robotic process automation are hitting their strides as computational capacity begins to catch up with the art of the science. These technological evolutions are happening incredibly quickly or just about as fast as insurance risks are changing.

The problems and solutions are not even mutually exclusive;some of the problems are in fact caused by portions of the solutions – autonomous vehicles are a perfect example here. Machine learning, AI, and computer vision are creating AVs and the same technologies will help insurers understand how to insure them.

Therein lies one of the more poignant examples of how disruptive problems and solutions are transforming the insurance industry.

While the word “disruption” may be overused, there really is no better word for it. Some facts from the CCC Information Services 2017 Crash Course report that support this belief:

These insights at least partly support the ideas that auto insurance is seeing significant changes. What is more telling is what has notyet happened – the autonomous vehicle.

There are many different reports speculating about how quickly and how prevalent AVs will be, but AVs have been in use for quite some time in the form of hybrids – e.g., vehicles that humans still steer, but have AV features such as automatic breaking, auto control of distance to other vehicles, and self-parking. It is also clear that the trend of vehicles doing more of the driving is happening very quickly. For example, the time between widespread commercial application of cruise control and anti-lock brakes was around 12 years, and it took another 27 years or so for distance control to become widely adopted. However, in the last 15 years alone, we have seen night view, lane assist, overtake assist, park assist, pedestrian detection, and Google’s driverless vehicle all hitting the mainstream (except the Google AV, of course).

The disruptions do not stop there. According to Business Insider’s June, 2017 Drone Industry Analysis: Market Trends &Growth Forecasts article, commercial drone shipments have more than tripled in the last three years alone, from three to 10 million units. Commercial drones are serving a number of uses, with experimental goods delivery from the likes of Amazon,and insurers (and related companies)using them for claims site inspections.

These disruptions are potentially only the tip of the iceberg. The Internet of things (IoT), especially sensors, is changing both insured and insurer behaviors (and risks) as people and their “stuff” become more interconnected.

However, AI permeates virtually all of these disruptions. AI is the brain behind advances in AVs, increased auto repairs, drones, and smart(er) phones.

As risks change, so too do insurers. Conceptually, this is really nothing new. What is dramatically different is the pace of change. Insurers used to have time to see new risks. Simplistically, they would build up actuarial data to apply the law of large numbers to calculate the probability of losses and then build or update rating algorithms. Take the automobile as an example; there was a lot of time between its invention and the widespread adoption, about 20 years.

Yet now, this long time will not work with the current pace of change. The way the models are built and updated is changing and, for some insurers, for the first time ever. Instead of historically based models, insurers are increasingly relying on predictive models that speculate on the probability of loss by using AI and machine learning to string massive amount of data together in ways actuaries could not even dream of Henry Ford’s days. More importantly, they are using data analytics to quickly update the source data for the machines and humans to interpret, creating more accurate models in real time, with “large numbers” accumulated daily.

Insurers are also altering how they do business. As previously noted, some of the disruptions affecting risks are also affecting risk management. Drones are a perfect example. While commercial drone use will affect commercial lines vehicle insurance coverages, drones are also being used to inspect property during underwriting and to source information for claims. Drones coupled with computer vision are changing the way loss estimate are being created. Similarly, enhanced analytics and robotic process automation are helping insurers increase the value of standard risk reports (since the computer is really good at spotting anomalies), and automate mundane data entry tasks from unstructured sources (e.g., email) to systems of record.

It is easy to gush over these technological marvels but it is important to stay grounded in some truths, most notably that no computer can come close to the combination of computer-plus-human. When paired together properly, this “hybrid” is by far superior to either alone. It is why the term “data driven organization” seems inappropriate because data will not drive organizations – this type of thought process gives far too much credit to data. Data is imperfect and should be subject to the same scrutiny as humans because data is prone to bias (by curators and programmer), misinterpretation, and error. The term “data influenced” feels more pertinent because it acknowledges the need for a computer/human hybrid – intuition is not dead, not by a long shot.

Insurers are changing more than just their technology; some are changing business models. Insurers are starting their own ride share companies, investing in (or buying) InsureTech startups, and become data aggregators. This is not business as usual anymore – insurers are heeding the call to change.

As AI changes the risk profiles,ways of doing business and solutions to complex insurance problems, the future seems to point to an increased intersection of the two. The widespread use of AVs will change personal and commercial lines in very unpredictable ways. That disruption alone could affect frequency, severity, and LOB profiles – will product liability be the largest vehicle line?It is hard to tell for certain, but the magnitude of change is almost certain.

As these risks change, the AI needed to keep up with them must change as well.Greater data insight is required, which may be the combination of analytics and machine learning, since humans will have a hard time keeping up with all that data with analytics alone.

In almost 20 years in this industry, I have never seen a moment like this one. There have been many shiny new objects and many issues facing insurers, but never a combination like this where the shiny objects are both creating issues insurers face and also helping them solve them.

The road ahead is going to be fast and very bumpy – until, of course, we no longer need roads because the AVs will be able to fly.