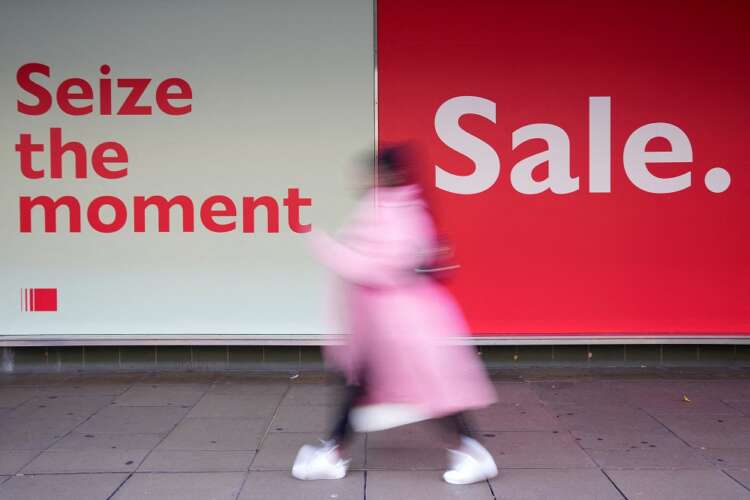 LONDON (Reuters) – Updates next week from Britain’s biggest retailers including Tesco, Sainsbury’s and Marks & Spencer are expected to confirm that while Christmas was not the disaster that some had feared, consumer demand is set to weaken in 2023, denting profit.

Ahead of Christmas, European retailers fretted that the key trading period could be the worst in at least a decade.

But in Britain, despite UK inflation running at 10.7% and consumer confidence close to record lows, retailers that have reported so far on festive sales, including clothing retailer Next, fast food chain Greggs and discounters B&M and Aldi UK have performed well.

Though train and postal workers strikes caused some disruption to trade, Christmas 2022 was the first not impacted by COVID-19 restrictions since 2019 and despite the ongoing cost of living challenges Britons appear to have prioritised festive spending.

But the consumer outlook for 2023 is poor, with the government’s budget watchdog having predicted the biggest squeeze on living standards since records began in the 1950s.

Next, often acclaimed as a bellwether for the UK consumer economy, said it expected sales and profit to fall in 2023.

The strain on Britons’ household budgets is likely to begin to tell this month as Christmas credit card bills arrive.

They also face scaled back government support on household energy bills and some higher taxes, while a lot will have to deal with higher mortgage costs as their fixed interest rate deals expire.

Monthly till data from market researcher Kantar has already showed Tesco and Sainsbury’s grocery sales rose 6.0% and 6.2% respectively in the Christmas quarter, albeit with volumes down, so the likely focus of their own updates will be the profit outlook.

“We sense that the UK supermarkets have gained overall share of retail expenditure in December as folks focused upon food and beverages in particular,” said Shore Capital analyst Clive Black.

Analysts see Sainsbury’s as more challenged than other supermarket groups because its ownership of the Argos general merchandise business leaves it more exposed to pressure on consumers’ disposable income.

Clothing and food group Marks & Spencer is also expected to report a rise in sales – with analysts at Barclays forecasting sales growth over the Christmas quarter of 4.7% in food and 5.7% in clothing and homewares.

M&S’s apparel business will likely have benefited from Britain’s severe cold snap in December which Next said dramatically boosted sales.

However, M&S has already forecast profit to fall in its 2022-23 year, having warned in November of a “gathering storm” of higher costs and pressure on household budgets.

Organic VS Paid Promotion: Why the perfect mix eludes you