The Benefits Of Outsourcing Your Warehouse Space
Our website publishes news, press releases, opinion and advertorials on various financial organizations, products and services which are commissioned from various Companies, Organizations, PR agencies, Bloggers etc. These commissioned articles are commercial in nature. This is not to be considered as financial advice and should be considered only for information purposes. It does not reflect the views or opinion of our website and is not to be considered an endorsement or a recommendation. We cannot guarantee the accuracy or applicability of any information provided with respect to your individual or personal circumstances. Please seek Professional advice from a qualified professional before making any financial decisions. We link to various third-party websites, affiliate sales networks, and to our advertising partners websites. When you view or click on certain links available on our articles, our partners may compensate us for displaying the content to you or make a purchase or fill a form. This will not incur any additional charges to you. To make things simpler for you to identity or distinguish advertised or sponsored articles or links, you may consider all articles or links hosted on our site as a commercial article placement. We will not be responsible for any loss you may suffer as a result of any omission or inaccuracy on the website. 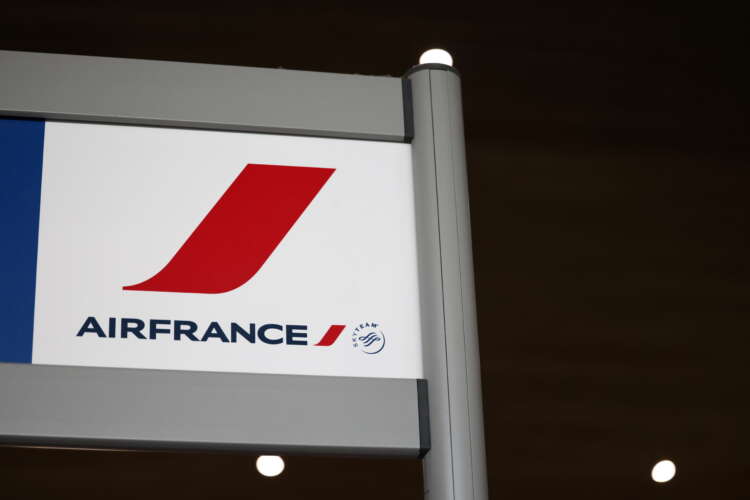 PARIS (Reuters) -Air France-KLM beat core profit expectations for 2021 due to a recovery in transatlantic travel in the fourth quarter and said it had started to see a pickup in bookings this quarter as Omicron restrictions start to ease in Europe.

The Franco-Dutch airline group’s earnings before interest, taxes, depreciation, and amortization (EBITDA) came in at 745 million euros ($845.65 million) for the year, beating a Refinitiv poll of analysts who had pegged the figure at 342.9 million euros, and the company’s own guidance of a “slightly” positive figure.

It was the second straight quarter of core profit since the outbreak of the pandemic. Overall, the company posted a net loss of 3.29 billion euros. Revenue of 14.32 billion euros outpaced the average estimate in a Refinitiv poll of 13.97 billion euros.

Steven Zaat, the company’s chief financial officer, said the airline increased capacity on long-haul in the fourth quarter despite a resurgence of coronavirus cases due to the Omicron variant, which hurt short- and medium-haul travel in Europe.

For the first quarter of this year, the company forecasts EBITDA to break even, while the available seat kilometres for the group’s network passenger activity is seen at 73%-78% of 2019 levels, with the quarter impacted by the Omicron variant and a slowdown of business travel as companies still predominantly exercise a work-from-home model.

Since last week, however, Zaat said bookings have started to catch up, including the summer period, as air travel is becoming less restricted.

The group, which in 2020 received 10.4 billion euros in loans backed by France and the Netherlands – its two biggest shareholders, said it still planned to raise equity via capital increase or other instruments by up to 4 billion euros.

It has already redeemed 500 million euros of the French state loan.

From in Store to Online: How the Pandemic affected Consumer Behaviour