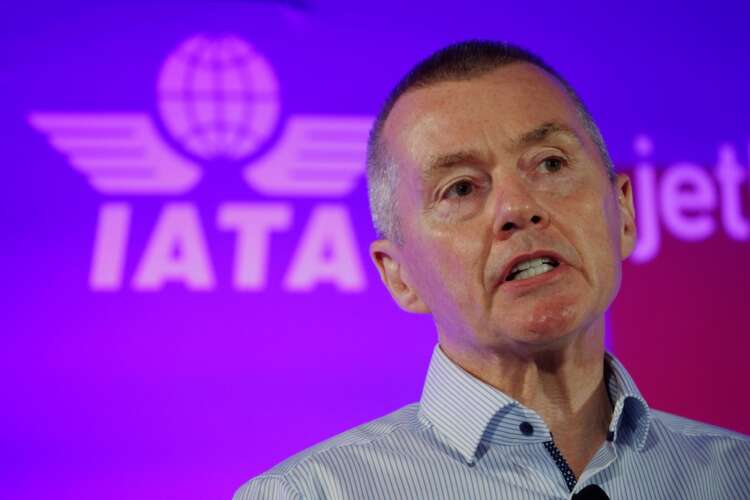 RIYADH (Reuters) -The head of the world’s biggest airline trade body said on Monday passenger traffic was recovering faster than expected and that, on average, the industry could now see those figures return to pre-pandemic levels in 2023, a year earlier than expected.

The easing of COVID-19 related restrictions around the world has released demand pent up over the last two years when governments shut their borders, leading to a jump in flights.

“We’re seeing very strong bookings. Certainly all the airline CEOs that I’m talking to are seeing not just good demand for near-end travel but they continue to see demand as they looked through the year,” he said at a conference in Riyadh.

Many regions are expected to perform better this year, though Walsh cautioned that he did not expect a quick recovery in Asia-Pacific, citing restrictions in China as it pursues a zero-COVID policy.

But he said that overall, given the current accelerated pick up in passenger traffic, the industry could reach pre-pandemic passenger figures next year, helped by a strong summer in 2023.

“I don’t think we should be distracted from the fact that we are seeing a strong recovery and I think that recovery will gather momentum as we go through the rest of this year into 2023.”

Wizz Air Chief Executive Jozsef Varadi separately told Reuters he was fairly confident the European low cost airline would see a good summer of bookings, though he said he was concerned about supply chain disruptions like airport staffing shortages.