“Liverpool has grown at an unprecedented rate in recent years and this is set to continue over the short to medium term. There are parts of the city which never really benefitted from the early 2000s property boom; so many areas were left behind compared to neighboring Leeds & Manchester. Now Liverpool’s certainly making up for lost time and we’re seeing run down areas of the city really start to come to life.”

Speaking with Oliver Ramsden, Founder & Director of Aspen Woolf, leaders in providing wealth building opportunities for investors through property, it’s clear that Liverpool’s housing market is definitely one to watch in 2017.

Sharing his expert insight into the city’s current property climate, he advises that savvy investors will start to use both heart and head when choosing the next addition to their portfolio.

“Whilst of course there’s a lot of new stock coming to market, we would advise investors to go for strategic locations and unique builds like historic Grade II listed Eldon Grove. With new builds sprouting up, it is the historical developments, the ones with a real story behind them that have the highest resale value.

“At the end of the day, everybody buys with some sort of emotion, even if you’re an investor. Eldon Grove is one of those buildings, it instantaneously invokes emotion. It’s a beautiful building and there’s nothing that compares on the market today.”

Eldon Grove provided some of the best pre-war social housing built by Liverpool city council. Forming part of a labourers’ village, it set a new standard for the whole country and was officially opened by the Countess of Derby in 1912. The layout, with its central square, well-maintained garden and bandstand, along with the chocolate-box look, helped create a vibrant community, lifting up some of Liverpool’s poorest residents. Eldon Grove was deemed an integral part of local history in 1993 when the building was granted Grade II-listed status.

“I think there is definitely room for more new-build homes within Liverpool but investors should start looking more selectively. Don’t just go for any new-build simply because there is a demand for housing. Even though there are about 11 people scrambling to buy any one property, an investor should really start paying stronger attention to the resale value of an investment. As mentioned, a building that has strong local roots will really go a long way as it offers the same benefits as any new build development would but with the added value of having a real ‘life’ behind it.”

Oliver goes on to explain how Eldon Grove, exclusively available through Aspen Woolf, is strongly supported by the council and that the local community is excited to see the building brought back to life.

“We are excited to help revitalise such a beautiful and historic part of Liverpool. The New Eldon Grove is investing in the community and bringing new possibilities to this proud area.”

Set within peaceful surroundings, yet on the edge of the vibrant Liverpool city centre, the New Eldon Grove offers the perfect balance of past and present comprised of 45 apartments including 1,2 and 3 bedroom units. 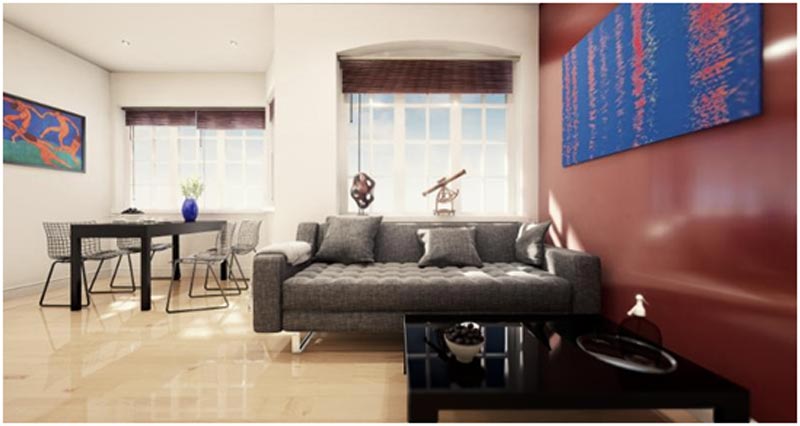 Incorporating three original Grade II-listed blocks alongside three new blocks of stylish and contemporary apartments, New Eldon Grove has been carefully designed to preserve the heritage of the site while serving the needs of a new generation.

Apartments situated in the original blocks have been re-imagined for 21st century living, with fully modernised fitted kitchens and bathrooms, while benefiting from the character of the Victorian buildings, with mullioned bay windows and their own front doors leading from the external walkways.