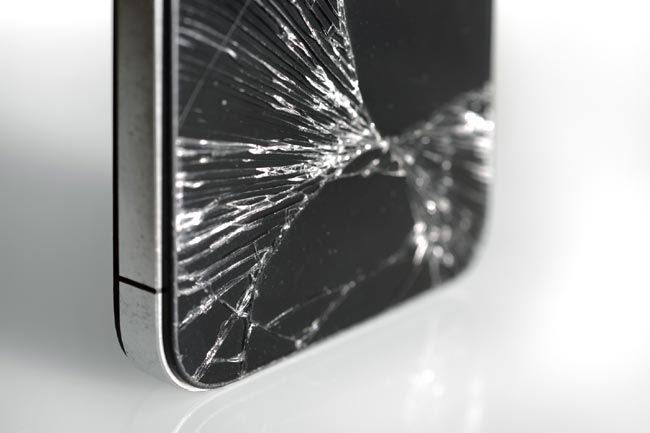 New research has found almost a third of (30%) Brits who have cracked their mobile phone screen never bothered fixing it.

The study of 4,170 adults was commissioned by phone recycling specialist Envirofone, in order to find out how long the average person is prepared to muddle through their texts with a broken phone screen.

It found that, despite the vast range of phone cases and screen protectors available, more than a quarter (26%) of Brits have cracked their mobile phone screen, with many opting to continue using their shattered phone while waiting for their contract to come to an end.

Among these unlucky phone users, more the one in five (21%) had 12 months or longer left on their contract.

The study also revealed that 30% never fixed their previous phone that had a damaged screen.

Birmingham is the worst city for broken phone screens, closely followed by Sheffield and Newcastle, according to data on phones traded in to Envirofone.

Commenting on the research, Richard Mavers, director of group marketing and online strategy at Envirofone, said: “The fact that so many of us choose to put up with a smashed phone screen for so long suggests that not enough people know the options out there for getting a new handset.

“To fix a cracked smartphone screen can cost around £150, but many people will be able to trade in their broken handset and get a replacement before their contract ends, often for much less than that.”

For more information on what to do with a broken phone, visit: https://www.envirofone.com/en-gb/faqs

STUDENT LOANS HURTING WORKERS’ ABILITY TO SAVE FOR RETIREMENT

Determination and Innovation the Key for Fast Growing UC Firm