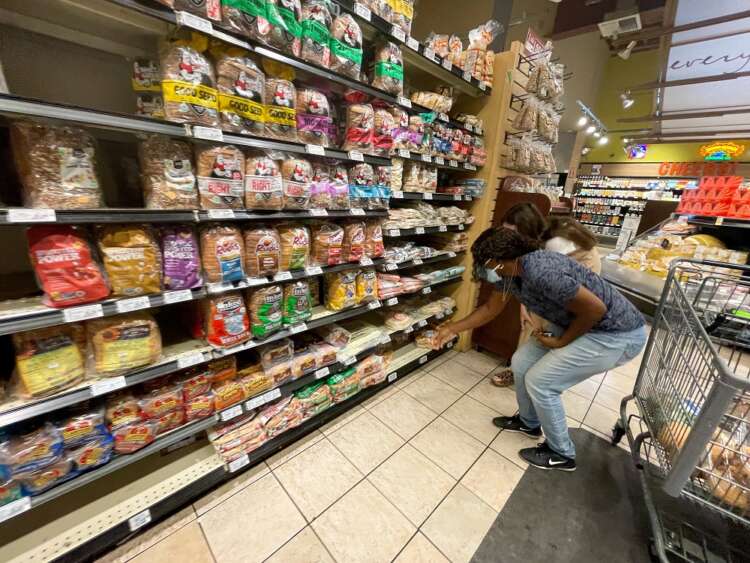 Manufacturers of household staples are also now spending more on discounts and promotions on goods including sodas and paper towels to keep shoppers in higher-end stores and buying brand name products, according to data prepared for Reuters from research firm IRI.

The moves come as U.S. consumers – who so far have continued to buy higher-priced goods, from diapers to shampoo – show signs of buckling under new rounds of price increases.

Some hikes are hitting shelves this month, including from cleaning company Clorox Co and Church & Dwight Co Inc, the maker of Arm & Hammer products.

Church & Dwight increased prices for the second time on laundry detergents and cat litters July 1, while Clorox said its “broadest and deepest” hikes went into effect this month.

The growing risk of consumer cutbacks is forcing manufacturers to reconsider their pricing playbooks by targeting shoppers during certain periods and offering more discounts.

Oral care company Colgate-Palmolive Co will work with retailers to see if shoppers spend more when paychecks clear, generally in the first and third weeks of the month, head of investor relations John Faucher said.

“You want to make sure that your merchandising strategy is aligned (with) those weeks when consumers are a little more strapped,” Faucher told a retail conference last month.

Colgate would prioritize premium products, such as its $10 Optic White Pro Series toothpaste, in the beginning of the month when paychecks clear, and then focus on budget items later in the month as shoppers’ cash runs low, he said.

Colgate may also increase prices on a few but not all of its cheapest products so that some remain within reach for consumers who are “struggling a little bit more,” which prevents those buyers from seeking budget options elsewhere, Faucher said.

“Manufacturers are beginning to promote more at the request of retailers,” said Krishnakumar Davey, president of client engagement at market research firm IRI.

“They don’t want to lose business to value channels,” such as dollar stores or other discounters, he said.

Household goods and food producers are also looking at pricing tactics used during the 2008-2009 financial crisis.

Some beer brewers then increased prices more on economy brands than they did mainstream offerings, according to a research note from Evercore ISI, to prevent consumers from trading out a more costly Budweiser for Natural Ice.

Makers of household staples, including in packaged food and candy, have also reduced portion sizes, keeping prices the same or higher. [L5N2XG2B4]

The Xtra detergent maker has already slimmed down its laundry detergent by 10% by removing water, said Michael Read, an executive vice president with the company, at the conference. The dosing for wash loads is the same, he said.

National brands are for now trying to convince shoppers they are getting more bang for their buck with premium products like Dawn dish soap and Clorox wipes – rather than cheaper store brand alternatives.

Procter & Gamble Co executives said last month in a conference they anticipate more price hikes as the Tide manufacturer doubles down on its “superiority” strategy – offering detergents, diapers and razors that promise to work better in higher-quality packaging.

The maker of Bounty paper towels has also built out a price tier for customers who care about “cash outlay” alone over the last five to six years, its chief executive Jon Moeller said in the conference. Only about 15% of P&G’s customers are lower income, finance chief Andre Schulten said.