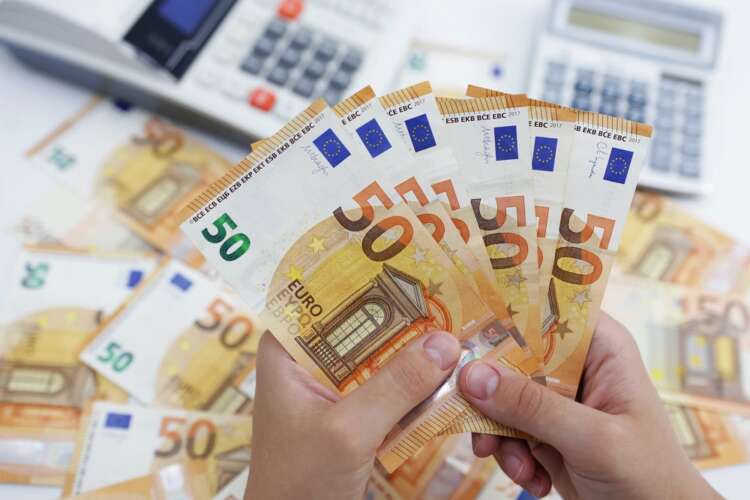 By Balazs Koranyi and Francesco Canepa

FRANKFURT (Reuters) – The euro’s tumble towards parity against the dollar has pushed the European Central Bank back against a wall, leaving its policymakers with only painful and economically costly choices.

Letting the currency fall would push up already record high inflation, raising the risk of price growth becoming entrenched at a rate well above the ECB’s target of 2%.

But fighting back against 20-year lows for the euro would require more rapid interest rate hikes, which could add to the misery for an economy already facing a possible recession, looming gas shortages and sky-high energy costs that are depleting purchasing power.

The bank has so far played down the issue, arguing that it has no exchange rate target, even if the currency does matter. Even the accounts of its June policy meeting published on Thursday indicated no particular concern. But the market moves are now too big to play down.

“The euro’s weakness reinforces the notion that the ECB is behind the curve,” Dirk Schumacher, head of European macro research at Natixis CIB, said. “Given how high inflation is, a stronger euro would be quite helpful because it lowers inflation.”

The euro is now down 10% against the dollar this year, even if the trade-weighted currency has only dropped 3.3% so far.

This raises the cost of imports, especially for energy and other dollar-denominated commodities, making everything more expensive. Studies frequently cited by the ECB suggest that a 1% depreciation of the exchange rate raises inflation by 0.1% over one year and by up to 0.25% over three years.

The problem is that economic fundamentals point to even more euro weakness.

Firstly, the ECB and the U.S. Federal Reserve are moving at vastly different speeds.

While Fed Chair Jerome Powell has made clear he was willing to risk a recession with oversized rate hikes to bring down inflation, the ECB continues to take baby steps in unwinding the exceptionally easy policy of the past decade, when inflation was too low.

It will raise rates for the first time this month but expects to lift the deposit rate out of negative territory only in September, with any further move clouded by recession risks.

The euro zone’s outlook has soured so much since mid-June that one rate hike has been priced out and markets now see just 135 basis points of tightening from the ECB.

The Fed, which has already raised rates several times, including by 75 basis points last month, is expected to increase them by another 180 basis points.

That gives investors higher profits on the other side of the Atlantic, so they are moving cash out of Europe and weakening the euro in the process.

Secondly, the euro zone’s huge energy dependence, primarily on Russian gas, also makes the economy more vulnerable to the fallout of the war in Ukraine, a natural drag on the currency.

“Faced with the looming risk of recession – and the euro being a pro-cyclical currency – the ECB”s hands may be tied in its ability to threaten more aggressive rate hikes in defence of the euro,” ING said in a note to clients.

Finally, the bloc’s energy bill has pushed up import costs, leaving it with a rare current account deficit. Such outflows also weaken the currency over time.

Since each of 19 euro zone countries are impacted differently, consensus on any push back is also likely to be difficult to achieve.

To prop up the euro, the ECB could signal more aggressive policy tightening, including a 50 basis-point hike in September, and further moves in October and December.

But since markets already expect these steps, the ECB must also at least in part match the Fed’s message that getting inflation down trumps all other priorities, even if that means reinforcing a recession.

Such a message, even if euro-positive, would likely fuel a selloff on the currency bloc’s periphery, setting off debt sustainability concerns.

So the ECB must also roll out its already flagged bond-buying scheme aimed at limiting the rise in borrowing costs for Italy, Spain, Portugal and Greece.

Can Storage Containers Solve the Soaring Cost of Bricks?

Not ‘business as usual’ for G20 foreign ministers meeting in Bali