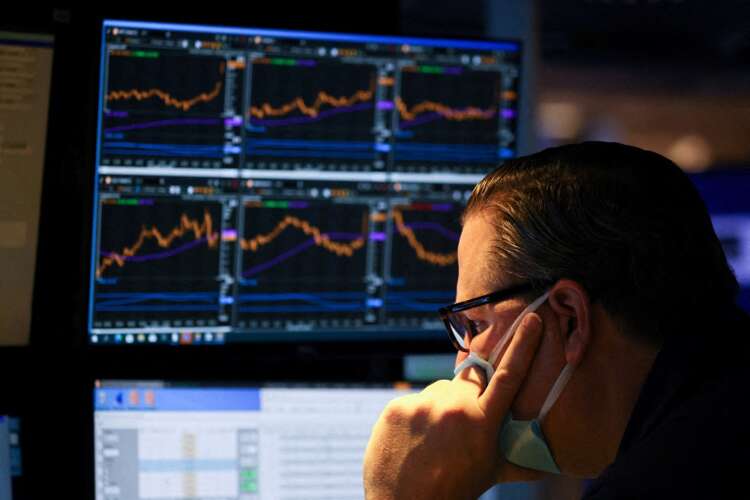 LONDON/NEW YORK (Reuters) – In May, San Diego-based Emily was feeling flush from a year of double-digit gains earned from trading stocks. Equity options, which some fellow stay-at-home investors were dabbling in, would juice up her returns, she decided.

Emily was among the army of small-time investors who shook up stock markets in 2021. Some earned fortunes by squeezing out hedge funds from short positions on so-called “meme” stocks such as retailer GameStop and cinema group AMC Entertainment.

But AMC proved to be Emily’s downfall. As its shares hovered around $15, she began selling “naked call options” that allowed holders to buy underlying stock from her at pre-agreed price. Instead of falling as expected, however, AMC stock rocketed.

Naked options meant Emily did not actually own the shares. When AMC shares hit $72.62 on June 2, margin calls kicked in – essentially a demand for cash to top up her brokerage account.

“I was on the phone with (brokerage) TD Ameritrade’s margin team, telling them to give me more time … but it was either I sell it or they sell it,” she said. Eventually, she said she liquidated her portfolio, losing $670,000. 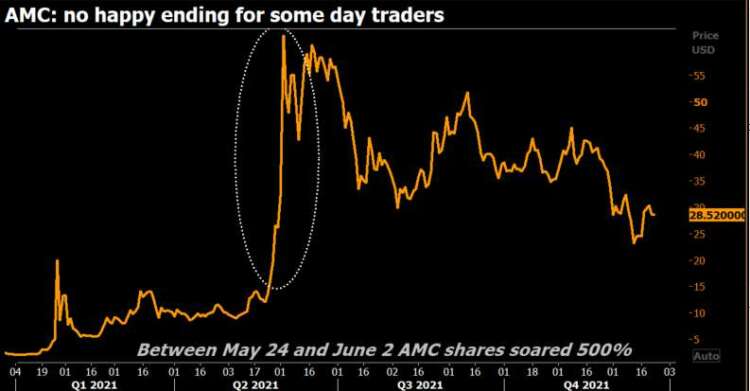 For a related graphic on AMC Surge, click: https://fingfx.thomsonreuters.com/gfx/mkt/akvezodylpr/amc.PNG

Emily is not the trader’s real name but she provided documents confirming her identity. Reuters could not independently verify the size of her losses but reviewed brokerage statements showing she sold sizeable call options on AMC and other stocks in May.

“It was very devastating. I couldn’t sleep,” Emily said. Having quit her human resources job at the end of 2019 to trade full time, she now works as a delivery driver.

Her account is a cautionary tale of what can happen when booming markets tempt inexperienced investors to risk it all.

But for every Emily, there is a small-time trader who surfed this year’s stock market boom, energised by economic recovery, central bank money-printing and government cash handouts.

Conditions were ripe for retail trading even pre-pandemic, as new mobile platforms enabled individuals to buy stocks, or fractions of stocks, at tiny or even non-existent commissions.

“Everyone can get their bit of the pie,” said Ben Phillips, a 30-year old London-based pilot who started trading in 2019. He calls himself a long-term investor, but also day trades “as a bit of fun, a bit of gambling”.

“By acting as momentum traders, retail investors will most likely continue to propagate the equity markets, at least for the coming year. They will have no alternatives because interest rates will stay near 0%,” he added.

They also account for up to half the trading in single-stock options – wagers on individual shares – according to JPMorgan. That in turn took such options’ share of total option volumes to a record high this year, Reuters analysis of Trade Alert data shows. 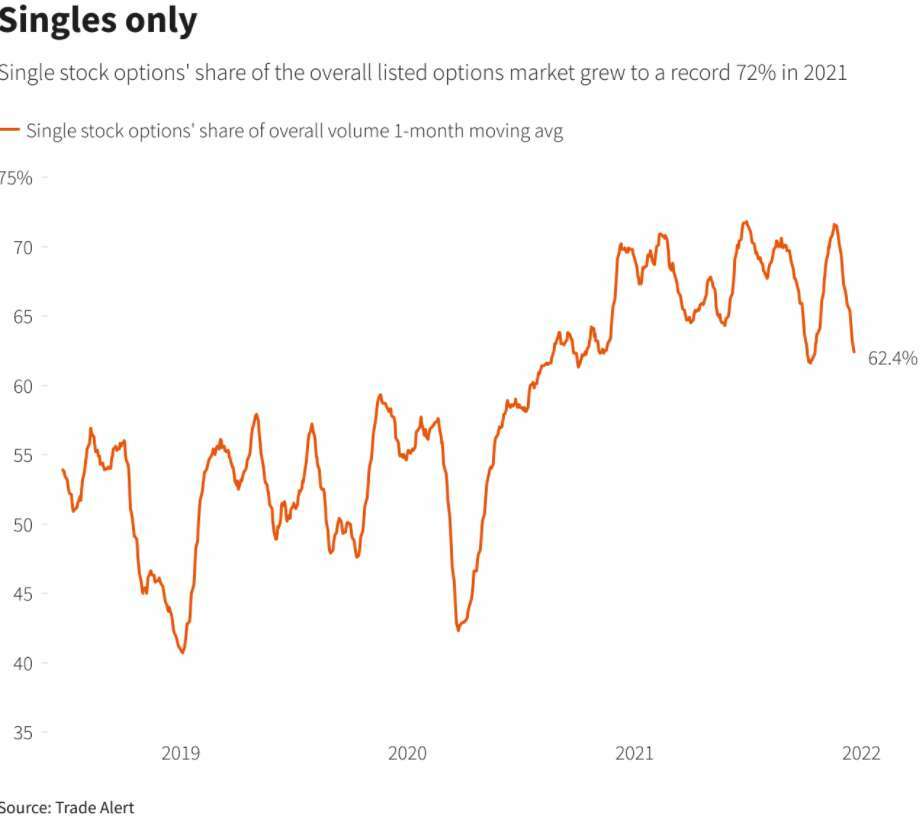 For a related graphic on Equity options, click: https://fingfx.thomsonreuters.com/gfx/mkt/znpnexymnvl/equity%20options.PNG

The retail frenzy is most pronounced in U.S. markets and even platforms popular in Europe say traffic is generally highest in U.S. companies such as Tesla, Nio, Apple, Amazon and GameStop.

But the trend is broadening.

Russia’s Moscow Exchange says 26 million retail accounts are registered with it, up four-fold from early 2020, and both the bourse and brokerage Tinkoff plan to expand trading hours, including into the weekend.

In India, 19% of trading in November was by mobile phone – one barometer of retail activity – according to Bombay Stock Exchange data, versus 7% in November 2019.

Brokerage eToro’s online platform, which has two-thirds of its customers in Europe, saw 106 million trades in the third quarter of 2021, half of the first quarter total, though well above early-2019 levels of 63 million.

While his Tesla holdings were hit hard by the March 2020 sell-off, he bought more after watching YouTube videos where traders advised watchers to “buy the dip.”

Others such as Dan, a 24-year-old student from northern England, caught the trading bug through “boredom” and reading online chatrooms such as ‘WallStreetBets’ that pumped meme stocks.

Requesting his full name not be used, Dan says he made four times his 1,000 pound investment in GameStop, though friends who got in late lost money.

He has since quit day trading, calling it “luck,” but invests in stocks via a British savings account. The experience had “helped me be more financially literate,” he added.

She hopes one day to rebuild her portfolio.