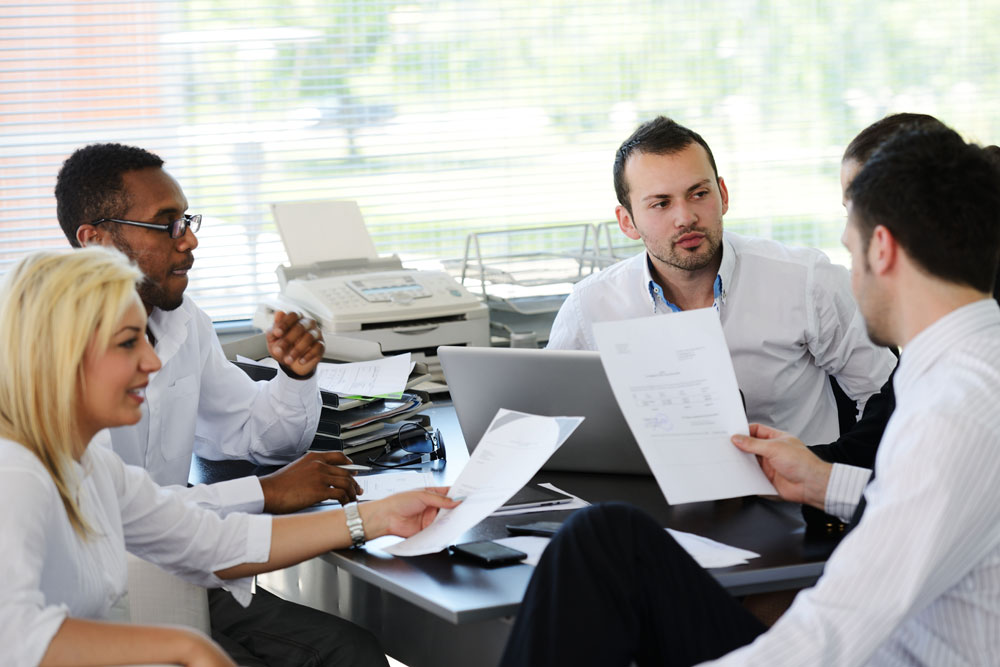 Aragon, the decentralized management platform for companies, today announced its upcoming token sale commencing May 17, 2017 and running until June 14, 2017. Built on Ethereum, Aragon is the first management tool developed specifically to disintermediate the creation and maintenance of companies all around the world. Aragon will offer a new, more efficient model for companies to operate and requires only the Internet to function.

Co-Founder and Project Lead at Aragon, Luis Cuende, said: “After the dot-com revolution and the rise of cloud computing, a new type of company has begun to emerge: businesses without traditional corporeal and geographic forms. The catalyst has been blockchain technology changing the incentive structure for companies. Aragon is building the tools for this next generation of decentralized organizations.

Based on the Ethereumblockchain, Aragon aims to provide a means for establishing governance mechanisms for decentralized companies. It implements basic features such as cap table management, governance, fundraising, payroll, and accounting, supporting all areas of company management through an easy-to-use interface.

“With Aragon Core, a minimally-specified organization will be able to run on the Ethereum network. A Module system will then be implemented so further functionality can be built on top. Fully decentralized organizations will also be able to take advantage of the Aragon Network, a token-governed digital jurisdiction, to resolve core governance issues and increase efficiency,” said Cuende.

The Aragon Network (AN) will be the first decentralized autonomous organization whose goal is to act as a digital jurisdiction that makes it easy for organizations, entrepreneurs, and investors to operate. The mission of the network will be the development of the Aragon Core contracts, contract upgradability services for all Aragon Core contracts with a built-in bug bounty mechanism, and a decentralized court system.

To kickstart the network, an uncapped number of tokens will be sold during Aragon’s month-long token sale starting on May 17, 2017 and ending June 14, 2017. All funds raised from this initial sale, in the form of Aragon Network Tokens (ANT), will be used to continue building the Core and to build the Network. Following the sale, a Community members multisig, comprised of multiple influential people from the blockchain community, will deploy the Aragon Network once it is secure to do so, around May 2018. At that time, the network will initiate and governance decisions will begin to be made autonomously by ANT token holders.

“In 2016 we saw the rise in token sales and already in 2017 we are seeing that this trend is very much continuing. As a team we are dedicated and committed to the long term success of the project. Therefore, the Aragon token sale will be one of the first to restrict Founder and early contributor rewards with token which vest using smart contracts,” added Cuende.

Aragon’s founders were recognized as tech prodigies from an early age. In 2008 at age 12, Aragon Co-Founder and Project Lead, Luis Cuende, started his first free software project, a Linux-based operating system. At just 15 years old, HackFwd named him “Best Underage European Programmer.” Cuende has been featured on Forbes’ 30 Under 30 list, is a MIT TR35, and was a former Advisor to the VP of the European Commission. Most recently, Cuende co-founded Stampery, a blockchain data certification startup backed by renowned venture capital firm Draper Associates, investors in companies such as Tesla, SpaceX, Skype and Baidu.

Cuende’s partner, Aragon Co-Founder and Tech Lead, Jorge Izquierdo, is the creator of multiple applications for iOS, macOS and Pebble. At theage of 15, he was awarded a WWDC scholarship by Apple as one of the most promising young app developers. One year later, Izquierdo reached number 2 in the Spanish App Store charts with Showy.

The recently published Aragon Network whitepaper was peer-reviewed by over 25 industry-renowned individuals including executives at ConsenSys, Zeppelin, Coinbase, Union Square Ventures, and BoostVC.

“Building an organization with Aragon has many advantages over present-day solutions. It’s our aim to showcase the cost efficiency and transparency of our platform and help drive the movement toward decentralized organizations,” concluded Cuende.

Since February the number of Aragon organizations deployed to the testnet has grown from 130 to more than 770. In addition, the Aragon Slack channel now comprises over 510 community members.