Are the over-55s accessing their pensions early failing to plan for later life? 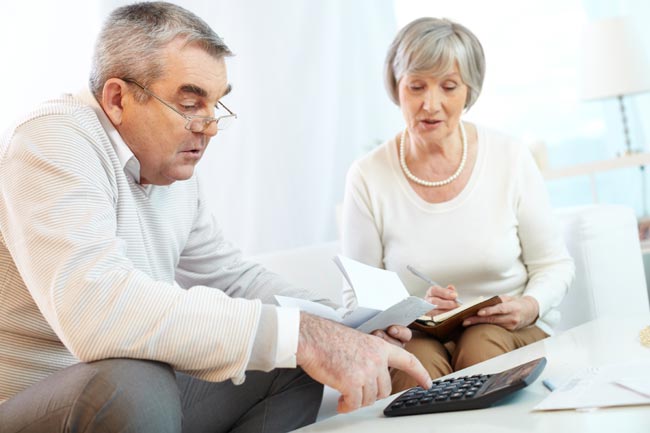 There is an alarming trend of people accessing their retirement savings early on the wake of the introduction of the UK government’s pension freedoms, it has been revealed.

These landmark changes, which have affected the retirement choices of millions, include scrapping the compulsory purchase of an annuity and giving savers over the age of 55 won the right to unfettered access to their pension funds.

A survey carried out by Citizens Advice, of 500 over-55s who have raided their pensions, shows that only 16 per cent of people questioned had put money aside to cover their care costs when they’re older; 60 per cent had made no plans; and 23 per cent have given the issue some consideration, such as the idea of selling or re-mortgaging their home.

Furthermore, one in 10 individuals who admitted they had no plan in place to pay for their care costs in old age, stated they would be forced to rely on the government or family members to help.

Worryingly, official figures report that 232,000 people have already accessed £4.3 billion from their retirement funds in the first year since the freedoms were introduced.

The cost of pension freedoms

As is clear from the results of this recent survey, dipping into pension pots early flies in the face of sound, sensible retirement planning.  Pensions are specifically designed to provide people with a steady income to cover their retirement.  Not to be used as, in effect, a bank account, when individuals hit 55.

Furthermore, the pension freedoms come with a somewhat hefty price tag.  Whilst 25 per cent is tax-free on every withdrawal, the remainder is subject to income tax at the individual’s highest marginal tax rate.

This means people could face a tax of 40 per cent, just for the privilege of withdrawing their own funds ahead of time.

So whilst accessing pensions early is popular amongst many savers, it is even more popular with the Treasury.

Naturally, and as the poll suggests, 10 per cent of individuals are of the opinion that they will be able to rely on the state to fund their retirement.

However, with an increasingly aging population in the UK already, the country struggles now to support the state pension system, which will only become more of a burden on public finances in future.

This, together with rising living expenses; soaring deficits in company pension schemes; increasing care and medical costs; and constant changes in taxation, means the state will be unable to financially support retirees in the future, as it has done in previous generations.

As I have said many times previously, it is never too late to start saving.  Seeking the advice of an independent financial adviser, who will help to set up, manage and implement a successful financial strategy is crucial, in order to safeguard and maximise retirement wealth.

It is essential that we promote a culture and appetite for saving in the UK, encouraging people to take a proactive approach to their personal finances.  This will enable them to enjoy their desired retirement, and avoid a potentially catastrophic fall in living standards in their ‘golden years’.

It has been reported that many individuals are asking about taking out their pension savings even when they don’t even have a need for the money.  Typically, we would strongly advise against this as while the funds remain invested they still represent great tax efficiency.

For those who do decide that accessing their retirement funds is the right thing to do, I would urge them to have a plan for the cash. After all, as Benajmin Franklin once famously said: “If you fail to plan, you are planning to fail.”

Pensions Awareness Day: Could you get by on less than living wage?