Meanwhile, MoneySavingExpert’s flight delay compensation letter templates, which can be used by customers who have faced long flight delays to reclaim up to £540 each – for flights dating back years – have been downloaded some 480,000 times. 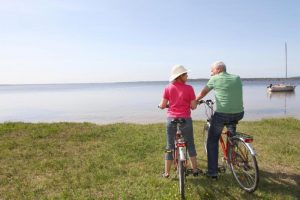 Now it is timeshare owners who are pushing for their right to compensation, following a Spanish Supreme Court ruling that has given hope to those trapped in ‘illegal’ timeshare contracts. The ruling essentially paved the way for contracts to be declared illegal if they:

Increasing numbers of individuals are considering legal action in order to have their timeshare contracts declared null and void and to claim compensation for the mis-selling. The Timeshare Consumer Association has reported that €4.5 million has been won by timeshare owners so far, with a “vast number” of preliminary cases still to be heard. 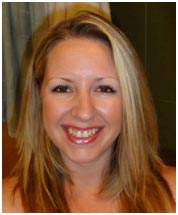 “We’re really only just seeing the tip of the iceberg in terms of claims for compensation relating to illegal timeshare contracts. In the same way that PPI compensation claims snowballed, we’re expecting to see a rapid increase in timeshare contract claims over the coming months and years. Owners who have spent years locked into expensive, illegal contracts now have a way out and we’re encouraging anyone who has a timeshare contract that they’re unsure about to contact Timeshare.lawyer to find out if they could be eligible to claim compensation.”

Timeshare.lawyer is a niche legal division of SellMyTimeshare.tv, owned by Monster Rewards SL. The company has already supported consumers to cancel and sell 1,555 ownerships so far in 2016, this is on top of the 2,250 ownerships they concluded last year. Many of these individuals had been trapped in expensive agreements from which they were deriving little or no benefit until Timeshare.lawyer helped them to exit their contracts.

The PPI experience has shown the significance of rulings that can have historic repercussions. The Professional Financial Claims Association has calculated that another £20 billion could be repaid over the coming years to customers who were mis-sold PPI between 1990 and 2010. Likewise, timeshare compensation claims could easily snowball. The Timeshare Consumer Association has reported that the biggest payout so far for one hearing was €130,000, with successful claimants entitled to a refund of the full purchase price paid and any legal costs. Most compensation claims also include interest and, in some cases the annual maintenance fees the claimant has paid for the whole duration of ownership, even when the timeshare was used. Claimants are also entitled to the refund of double any monies paid during the cooling off period of their contract (up to three months from the date they purchased the timeshare).