Asian buyers will pay more for your property: True or False? 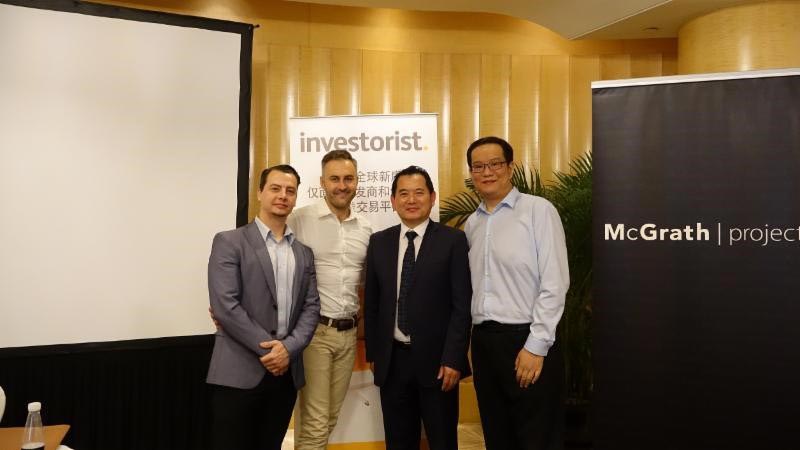 Off the back of their latest China Connection event, Investorist, the world’s leading B2B off plan property platform, is ready to dispel the urban myth that Asian buyers will pay more for your property.

“Chinese buyers are extremely educated when it comes to buying property in overseas markets. Many choose to invest in the same property as their family, friends or colleagues and they seek local advisors in the country that they intend to buy in. Prior to the purchase, Chinese buyers will verify what they are being told by their agent in China and may well also arrange to film inside the project showroom simply by using their mobile phone, a practice which is common for apartment sales in several countries.”

This verification of details includes serious attention to the price of the development. If there’s a discrepancy between the price given by the Chinese agent and the price from the local advisor in the country where the development is based, the buyers will want to know why. According to Investorist’s findings, this can be make or break the deal. Developers seeking to be truly successful in Asia need to price their properties fairly for the market. Investorist’s Jon Ellis continues,

“Two-tier pricing was often introduced as a result of aggregators and middlemen. However, such an approach has become representative of ‘cowboy’ selling agents and as a result has largely disappeared from the industry now. Developers looking to roll out two-tier pricing for new projects should think very carefully about how this will be perceived by Asian buyers.”

For developers and selling agents looking for repeat buyers – which most should be, given how much easier it is to sell to a repeat buyer than a new contact – fair and transparent pricing makes even more sense. If buyers are put off by two-tier pricing, developers who insist on sticking with it may well find themselves with unsold completed apartments on their hands, while those who’ve priced fairly manage to sell everything off-plan.

At the recent China 2016 International Property Outlook, Investorist reported that the desire for  safe investment locations would be the main driver of Chinese investment in overseas property in 2017. The report also found that security and longer-term capital appreciation were considered more important than investment yield. Developers’ approach to pricing structure is one way in which the safety of the investment can be judged.

“We’re dealing with a market of mature buyers in China now and developers need to respect their desire for safety and for clarity. Chinese investment in overseas property is showing no signs of slowing down and the developers who are appropriately respectful of Asian buyers can look forward to achieving healthy sales in 2017.”