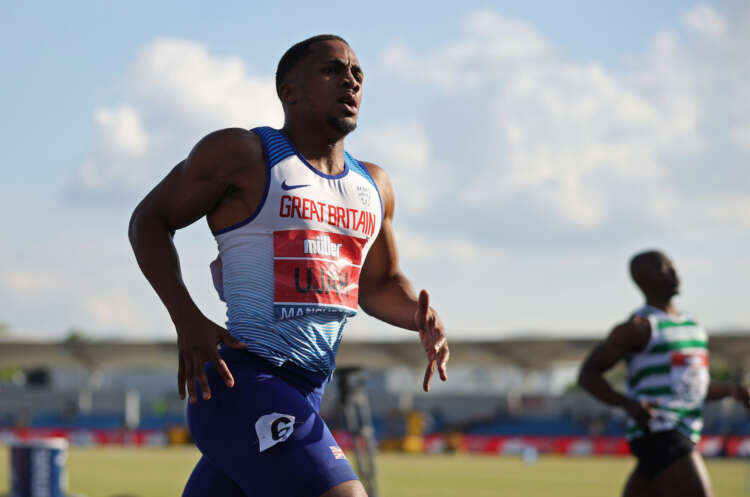 (Reuters) – UK Athletics technical director Stephen Maguire said Chijindu Ujah will be considered for selection after his 22-month doping ban expires but added that it would be hard for the sprinter to return to Britain’s 4x100m team.

Ujah was provisionally suspended after prohibited substances Ostarine and S-23 were detected in his A and B samples following the men’s 4x100m relay final at last year’s Tokyo Olympics.

Ujah and his team mates were stripped of their silver medal in February.

Earlier this week, the Athletics Integrity Unit cleared Ujah of intentionally taking the substances and issued the ban, which will be in force until June 5 2023.

“If (Ujah) is available to compete we will select him,” Maguire told British media on Thursday. “I haven’t spoken to CJ in a couple of years. He made a mistake and that’s clear, I need to see what the environment is like.”

Maguire said everyone would have to be “on the same page” if Ujah is to be reintegrated into the team and that there were several factors to be considered.

“It’s about trust, behaviour and understanding the team aspect. I need to see what the environment is like.”

(Reporting by Aadi Nair in Bengaluru; Editing by Peter Rutherford)