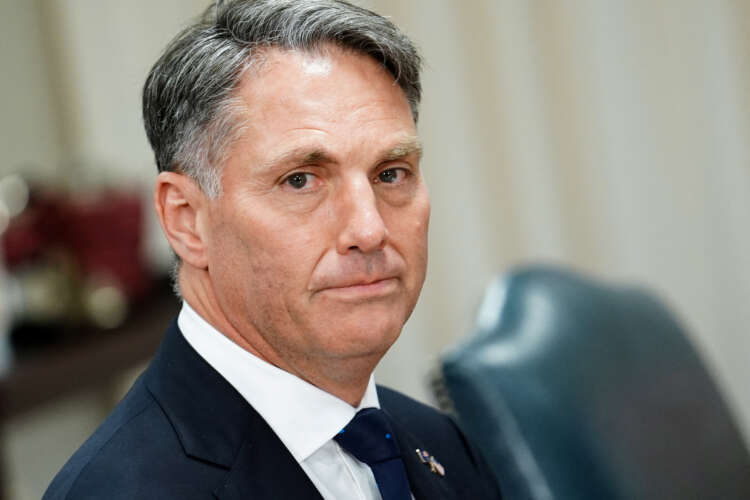 The British government said on Tuesday it was taking steps to stop former British military pilots training the Chinese armed forces, with British media reporting that a South African flight school was acting as an intermediary for China’s People’s Liberation Army to recruit pilots.

Britain’s Ministry of Defence wrote on Twitter the British pilots involved had been told they risked prosecution under the Official Secrets Act, and a national security bill would provide other paths to prosecution.

The South African company, Test Flying Academy of South Africa (TFASA), did not respond to a Reuters request for comment on whether it had hired pilots from Britain, Australia and New Zealand to work for it in China.

A New Zealand Defence Force (NZDF) spokesman said it was aware of “four former serving personnel who have left to gain employment with (TFASA)”.

“NZDF personnel are free to be able to gain employment once they leave service, however depending on their decisions, there may be repercussions to any future employment with the NZDF,” the spokesman said in a statement.

Acting to serve the interests of a foreign group or government, in conflict with New Zealand’s national interest, could impact eligibility to hold a national security clearance, he added.

Australia’s Defence Minister Richard Marles said he had asked the defence department to investigate claims that former Australian military pilots had also been recruited by the South African flight school to work in China.

“I would be deeply shocked and disturbed to hear that there were personnel who were being lured by a pay check from a foreign state above serving their own country,” Marles said in a statement.

“I have asked the department to investigate these claims and come back to my office with clear advice on this matter.”

British Armed Forces Minister James Heappey said in an interview with Sky News the government would change the law to make it an offence for a pilot to continue training a foreign military after being warned by British intelligence agencies.

In an undated advertisement with the Society of Experimental Test Pilots (SETP) available online, TFASA said it was seeking a number of fixed wing and helicopter test pilot instructors to work at an undisclosed location in “Far East Asia” with an initial contract commitment of four years.

The requirements included having graduated from military test flight schools in the United States or Britain.

“I don’t know anyone who has gone, but they’re clearly targeting Western/Five Eyes test pilots,” an SETP member based in Australia told Reuters on condition of anonymity, referring to the intelligence group of Britain, Australia, Canada, New Zealand and the United States.

“We all go to the schools they listed.”

TFASA also runs a flight school for Chinese airline pilots in South Africa as a joint venture with one of China’s largest state-owned aeronautic companies, AVIC, according to its website.

(Reporting by Kirsty Needham and Jamie Freed in Sydney and Lucy Craymer in Wellington; Editing by Robert Birsel)