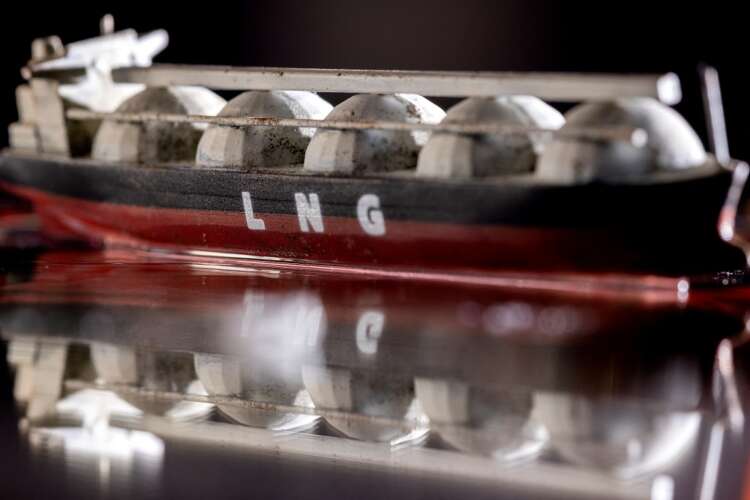 MELBOURNE (Reuters) – The Australian state of New South Wales on Thursday poured cold water on a proposal for government assistance to secure gas imports through an import terminal being built by the country’s richest man to avert a forecast shortfall in 2023.

Australia’s competition watchdog last week warned that the country’s southern states face a gas supply crunch in 2023, and Energy Minister Chris Bowen and his state counterparts are due to discuss the issue at a meeting on Friday.

Ahead of the meeting, mining billionaire Andrew Forrest’s Squadron Energy wrote to energy ministers this week offering to speed up development of the liquefied natural gas (LNG) import terminal it is building in New South Wales, saying it could be ready in mid-2023 if a government entity agreed to use the terminal to secure gas supplies, a Squadron spokesperson said on Thursday.

The Australian Energy Market Operator has said Squadron’s Port Kembla LNG import terminal will be essential to beefing up gas supply in Australia’s most populous state, but Squadron so far has failed to sign up enough customers for the project to be completed.

The company has tried to line up the country’s top energy retailers, including Origin Energy, to use the Port Kembla terminal to import gas, but only No. 3 retailer EnergyAustralia has signed up so far.

In response to Squadron’s proposal, however, the New South Wales’ government said the company should be able to find customers for its LNG project in the market, not rely on government assistance.

“Given the strong interest from commercial and industrial customers for stable, affordable gas supplies there would appear to be significant existing market opportunities for Squadron Energy to meet its minimum supply commitments to proceed with its Port Kembla project,” a spokesperson for New South Wales’ Department of Planning and Environment said in an emailed response to a Reuters query.

Squadron did not immediately respond to a request for comment.

Origin said it had not signed up to use the LNG terminal because it could source gas more cheaply elsewhere.

“The reason we have not entered an agreement to date is because there are cheaper sources of domestic gas supply available and these provide the best chance of keeping gas prices lower for our customers,” an Origin spokesperson said.