Bankless Banking Is Ready for Its Close-Up-Magazine 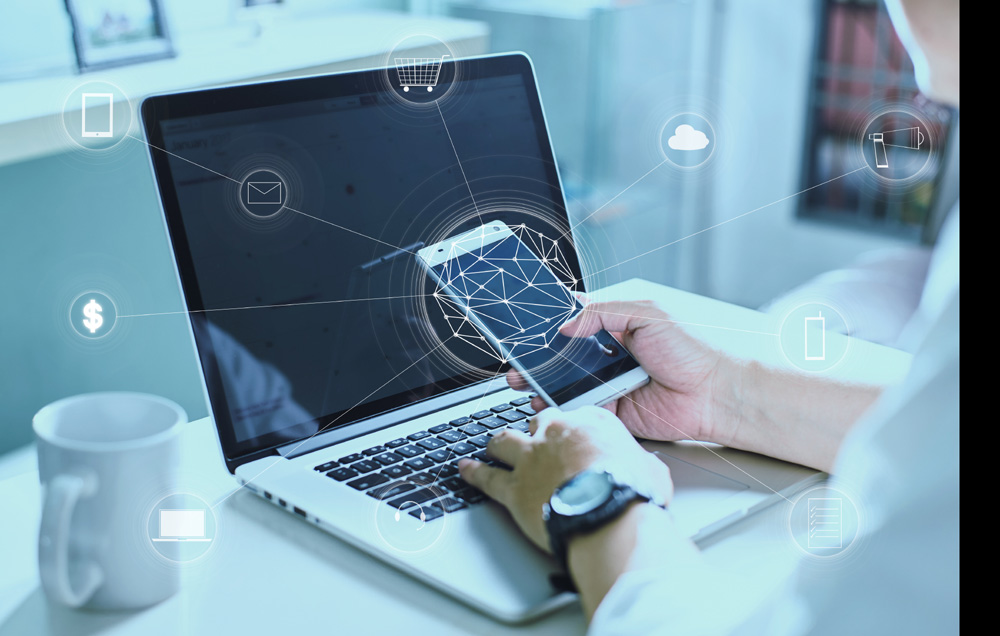 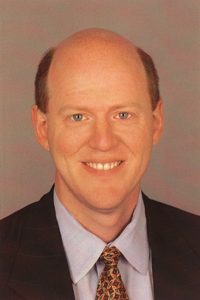 More than a third of the global population has no access to traditional financial services. “Access to financial services can serve as a bridge out of poverty,” says Jim Yong Kim, President at the World Bank.  “This will require many partners – credit card companies, banks, microcredit institutions, the United Nations, foundations and community leaders.  But we can do it, and the payoff will be millions of people lifted out of poverty.”

Even the United States has unbanked households.  7.7% of U.S. households do not have a bank account according to Urban Financial Services Coalition survey. However, the vast majority of bankless adults live in Africa, Asia, Latin America, the Middle East and India.

In India, at least 50% of the 1.3 billion people are unbanked and have no access to the convenience of electronic payments common in the west, making it the largest unbanked population in the world. There are only 182,000 ATMs across India with only 15% of adults using an account to make or receive payments with 72% of bank accounts showing zero balance. While many Indians are unbanked, mobile phone adoption is on the rise. India has about 200 million mobile subscribers and is adding 5 million new users monthly.

With more than one-third of the world’s population unbanked and more and more people using mobile phones, there is an outstanding opportunity for mobile payment technology to bring the financially omitted into the economic majority. Microfinance institutions are able to offer more competitive loan rates to their users to take advantage of lower costs due to dealing in cash.

What are mobile payments?  Quite simply, mobile payments are is a form of payment using mobile phones in lieu of cash, check, or credit card allowing a customer can use a mobile phone to transfer money or to pay for goods and services. A customer can transfer money or pay for goods and services by sending an SMS, using a Java application or other mobile communication technologies. In India, this service is bank-led with Mobile Payment Forum of India, the organization overseeing the deployment of mobile payments in India.

Mobile payment technology removes the need for direct access to a bank or credit union. Mobile payments are much less expensive than other money transfer options. The option to tap into the power of mobile payments is readily available on the majority of the devices people own.

How is our global banking world affected by large pockets of our population that are unbanked? It is being impacted by the growth in mobile network operators and mobile payment platforms, not classified as deposit-taking institutions, who are acting as banking agents.  In Kenya and Tanzania, over 25 million people use the M-Pesa mobile payments platform, operated by Safaricom and Vodacom, with money sent via text message.

In India, there are about a dozen mobile payment players in the field including Paytm, Mobikwik, Oxigen, Citrus Pay, Freecharge, M-Pesa, ItzCash, Itzcash, Airtel Money, mRupee and MoneyOnMobile which has serviced over 170 million cumulative unique mobile phone subscribers through over 306,000 retail distribution points across India.

As the industry is being transformed with “fintech” companies disrupting banking, there is uncertainty about the future of the industry and how it will look in the decade.  Does mobile money pose a threat to the banking industry?  Accenture Consulting “estimates that bringing unbanked adults and businesses into the banking sector could generate about $380 billion in new revenue for banks.”  There’s no doubt that mobile money presents an exciting symbiotic platform for the global banking community.  The reality is that the unbanked community is the most natural place for banks to look for their next 100 million customers.

As The Wall Street Journal reported, “the ubiquity of cellphones could allow a rapid expansion of financial services throughout the developing world with major implications for growth and credit accessibility, a McKinsey & Co. report concludes.” McKinsey Global Institute’s report found that about 1.6 billion people could gain access to financial services by 2025 without major new expenditures on physical infrastructure.

Mobile money provides a democratic gateway to banking which doesn’t care where you live or the amount of money you have.  It is a great marketing tool for the banks to uncover people who are using money services but are unknown to the banks. Banks can leverage their regulatory experience, infrastructure and consumer trust to capture the unbanked mobile money market. Mobile money platforms feed cash into banks and act as a virtual branch network without the costs of an actual brick and mortar facility.

Deloitte predicts that “cost pressures and the drive toward simplification will create a new organizational paradigm. Reliance on third parties for noncore infrastructure and talent will be a common phenomenon.  Banks will be become increasingly connected via a complex network or web of vendors and third parties.”

In September 2016, President Barack Obama addressed the United Nations General Assembly and said that, “technology now allows any person with a smartphone to see how the most privileged among us live and the contrast between their own lives and others. Expectations rise, then, faster than governments can deliver.”

Governments love mobile money because it allows them to track and tax the commerce and it is an ideal anti-laundering tool because all transactions can be traced.  Governments and regulatory authorities need to work together to ensure that mobile money regulations are safe and secure. Governments around the world are looking at mobile money as a way to distribute subsidies and collect taxes without corruption and loss of funds to graft and pilferage.

Women, in particular, are excluded from the formal banking world.  In developing countries, only 37% of women have bank accounts, compared to 46% of men reports the Gate Foundation.  The global revolution in mobile communications and digital payment systems has created opportunities for women in poor households to gain a livelihood. For example, the Kalighat Society for Development Facilitation in India has trained 75,000 women on the use of Money on Mobile services so that they can take this back to their villages and resell mobile top up and other services to make money. 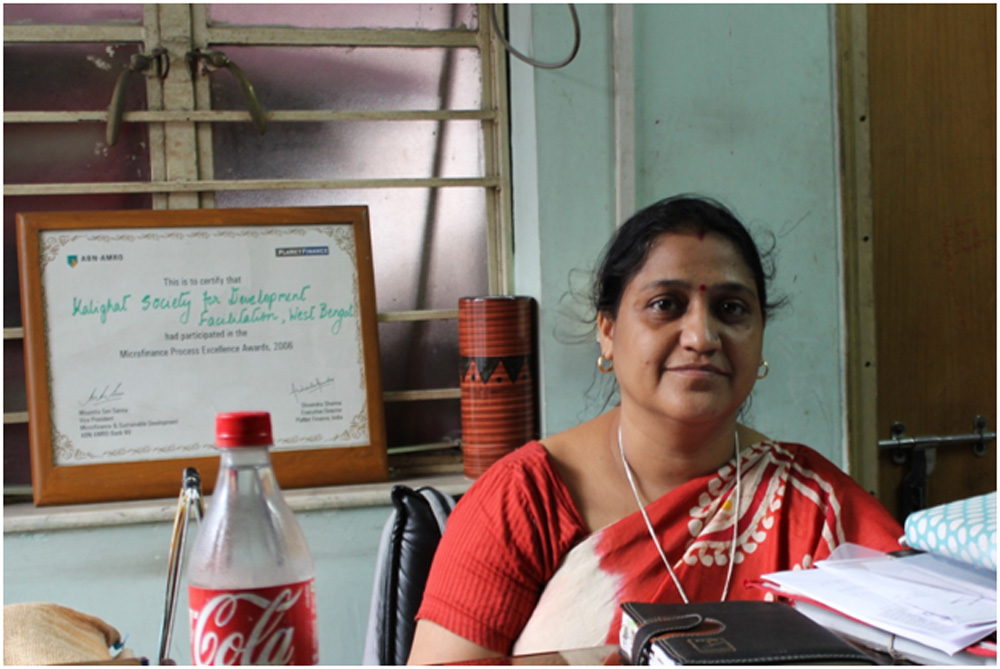 Indian woman at Kalighat Society being trained on digital payment system by MoneyOnMobile.

The global smartphone market grew 0.7% year over year in 2016Q2 with 344.8 million shipments according to data from the International Data Corporation (IDC) Worldwide Quarterly Mobile Phone Tracker.    While smartphone sales have stagnated in many mature markets, India’s smartphone sales grew 23% annually according to Counterpoint.  With 25% of India’s 1.2 billion residents owning a smartphone, most analysts predict that India will continue to register strong demand for smartphones and is primed to the next China in terms of consumer demand.

Today mobile networks reach more than 90% of the population in developing nations.  Ensuring that this population has access to mobile banking requires an organized, multi-party investment in the overall digital payment infrastructure. To achieve scale, mobile money requires the coordinated participation of governments, the banking community, mobile network operators, the private sector and fintech upstarts all working together.

Mobile money allows people from all walks of life to transact business wherever they are simply with the touch of a mobile phone screen.  With access to this mobile cash digitization network, unbanked consumers can deposit cash and use the cell phone for transactions.  By broadening the reach of low-cost digital payment systems, particularly in rural and impoverished regions, we can offer poor and low-income people the opportunity to capture income-generating opportunities and create efficiencies of scale with equal access to financial services providers, government services and businesses.

The Gates Foundation believes that “the combined effect of these interventions will accelerate the rate at which people can transition out of poverty and build their financial security.” Digital payment systems can address the needs of individual low-income households by offering a one-stop solution to enable the collection of customer payments, buy goods and pay for housing, healthcare, utility bills as well as a way to send money to family, friends and business associates.

The mobile revolution can be the catalyst to help people in the world’s most impoverished regions to improve their lives and shape sustainable futures by linking them with digitally-based financial tools and services.

About the Author:  Harold Montgomery is Chairman and CEO of MoneyOnMobile, India’s largest mobile payment platform.

“Putting the human touch back into banking”-Magazine

Cloudbusting – how the cloud can help keep banks agile-Magazine