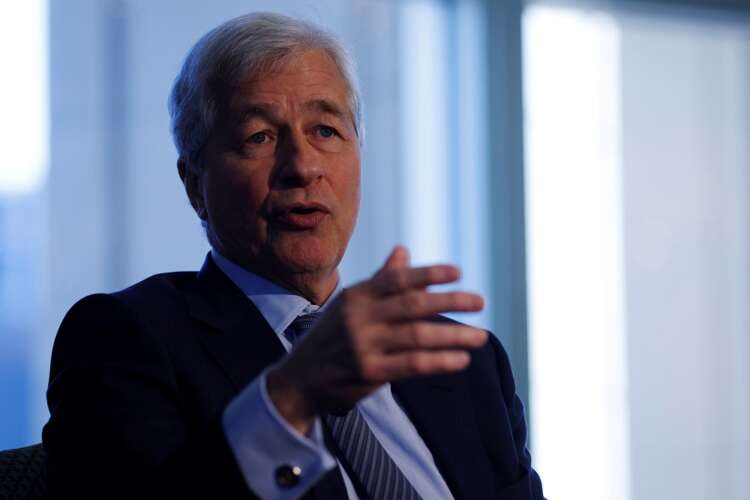 The heads of the nation’s seven largest banks on Wednesday and Thursday will broadly defend their performance, highlighting efforts to steer billions of dollars in government support, tout efforts to boost diversity within their ranks, as well as efforts to cut emissions to combat climate change, according to testimony published Tuesday by the House Financial Services Committee.

In his testimony, Scharf said the bank is still at risk for setbacks as it prioritizes fixing a wide-ranging number of regulatory concerns. He noted that while regulatory consent orders have remained in place for too long, it still will be “several years” before everything is addressed.

Dimon, who is due to testify alongside Scharf and other major U.S. bank CEOs at congressional hearings Wednesday and Thursday, will outline the competing forces buffeting the nation’s economy. Strong consumer spending and a robust job market suggest resilience, but “storm clouds” like snarled supply chains, the war in Ukraine, high inflation and the Federal Reserve’s efforts to contain it all signal tougher times ahead, he added.

Citigroup CEO Jane Fraser will similarly say current economic challenges are “no less daunting” than during the COVID-19 pandemic, but the bank can continue to serve as a source of stability.

Their testimony comes ahead of a pair of oversight hearings for the nation’s seven largest retail banks, where CEOs are expected to be grilled on a range of questions, including the economy, consumer issues, and hot-button social issues like fossil fuels and abortion.

A memo prepared by the Financial Services Committee, which will question the CEOs first on Wednesday, noted that so-called megabanks have grown significantly larger after recent mergers. Banking giants continue to pay large fines for “unlawful behavior,” the committee said.

The hearing will seek CEO testimony on a range of issues, including consumer protection, compliance issues, diversity and “issues relating to the public interest” such as worker rights and abortion access, according to the memo.

In addition to touting relief efforts during the pandemic, bank CEOs also highlighted in their prepared testimony how they have worked to boost diversity within their ranks, as well as increase pay for front-line workers.

Several CEOs also highlighted their work addressing climate change, including commitments to net zero emissions by 2050 in line with the 2015 Paris climate agreement.

“Climate change presents risks to Citi and its clients that will increase over time. We are committed to helping our clients mitigate these risks and transition to cleaner energy,” said Fraser.