BLOCKCHAIN: A CASE FOR THE GENERAL LEDGER 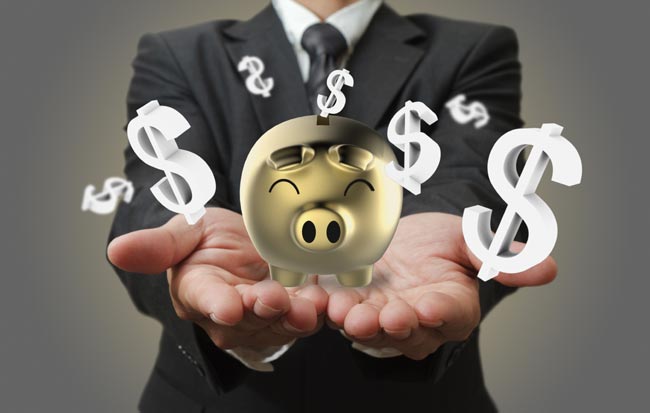 Money transfer transactions account for more than $500 billion in the financial services ecosystem. While the quantum of the market grows exponentially, the system facilitating payments continues to operate nearly unchanged for more than 40 years.

The financial services industry has advanced by leaps and bounds driven by innovation. Digital technology helps financial institutions streamline business processes and minimise costs across the value chain. Financial services enterprises have become more efficient, transparent and agile powered by technology. Further, technology enables enterprises to comply with a series of local, regional and global regulations. Santander InnoVentures, the fintech venture capital fund of the Santander Group, predicts that the banking industry can save up to $20 billion annually in infrastructure costs with the distributed ledger, or blockchain technology.

Streamlining the back office

Decentralised peer-to-peer payment networks, such as bitcoin, use encryption to “mine” digital money, secure transactions, and validate records. An individual can transfer money or ownership of a digital asset to another entity anywhere, any time. Bitcoin miners develop “blocks” of transactions at short intervals using open source software. The digital ledger generated through the chronological sequence of blocks becomes a shared “blockchain” database.

The decentralised blockchain system manages payments as well as data on a single platform. Near-real time processing, direct transfer of ownership and the elimination of third parties minimise costs, while mitigating default as well as counter party risks. In addition, public databases ensure transparency. All of it makes blockchain a technology that holds promise for financial services and financial technology companies.

In one example, Coinsetter, a New York-based bitcoin exchange, plans to enhance trades settlement across Wall Street with its “On-Blockchain Settlement” system. It aims to “solve the problem of having to place trust in an exchange or intermediary, while also allowing market participants to have full visibility into trade settlement as well as tangible access to moving their assets 24/7,” according to JaronLukasiewicz, CEO of Coinsetter.

Despite the potential of a distributed ledger, financial institutions are not rushing to replace legacy systems with the new technology. Blockchain or its variants will be adopted in a bigger scale only after early movers address underlying questions. Will a distributed network operate as efficaciously as the tried and tested centralised system? Can blockchain ensure interoperability? Who is responsible in the event of a dysfunctional system? How will cryptocurrency and related technology be regulated?

Other examples of momentum behind the distributed ledger abound.

NASDAQ, the New York Stock Exchange and Goldman Sachs are developing blockchain-based systems for payments and transfer of securities. UBS has established a blockchain laboratory in collaboration with Ethereum, an open source platform that decentralises the web. The platform creates self-executing/self-enforcing smart contracts for users.

Permission-based systems mitigate the risk of control over operations in a distributed ledger network. Financial operators are invited to access a distributed ledger, and only members whose identity is validated can record transactions and maintain the network. Some private ledgers, such as the Hyperledger of Digital Asset Holdings, adopt consensus algorithm rather than open source blocks.

R3 CEV, the financial services technology provider, is undertaking a pilot of blockchain solutions and prototypes for a consortium of global banks, including JPMorgan, UBS, BBVA, the Commonwealth Bank of Australia, Credit Suisse, the Royal Bank of Scotland, and Barclays. Uniform technology and shared ledger solutions will drive interoperability, thereby increasing user adoption.

The financial ecosystem needs a centralised authority to ensure accountability and safeguard the interests of stakeholders. If public/private ledger incubator programs combine speed, operational efficiency and scalability with security and reliability, we may well see a distributed infrastructure replacing centralised systems.

GETTING OVER THE CLOUD HURDLE IN BANKING

INFLUENCE OF THE RISE OF MACHINERY ON BRITAIN’S WORKFORCE