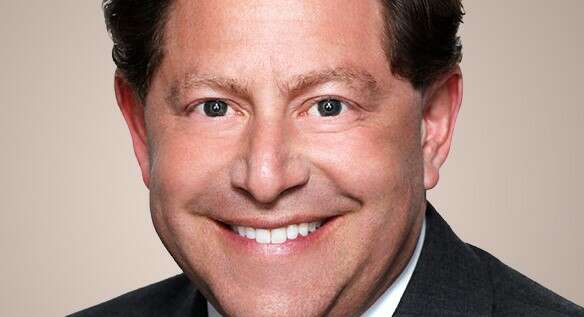 Bobby Kotick is acutely aware that the video game industry isn’t entirely recession-proof. For the first time in years, video game sales are predicted to dip after consistently growing since 2015. The sector also experienced a significant boom during the height of the COVID-19 pandemic. However, the longtime Activision Blizzard CEO has experience leading the company through difficult times, including the Great Recession of 2008. “There is probably more opportunity for our industry than just about any other industry I can think of other than maybe bankruptcy lawyers,” he joked in 2009.

Research from data and analytics firm Ampere Analysis predicts that global video game sales will contract by 1.2% to $188 billion in 2002. However, the Ampere research shows that the international games and services market from 2019 to 2021 expanded by 26% and reached $191 billion in size. During a 2020 appearance on Leadership Live With David Rubenstein, Bobby Kotick said that the video game holding company saw “an increase in play, that I think, helped keep people safe at home.”

Kotick continued, “One of the things [the company noticed] is there are a lot of new players. People who probably haven’t been passionate game players before, who are finding a lot of joy and satisfaction from gaming.”

Gaming Is a Social Experience, Even in Economically Challenging Times

Global lockdowns during the pandemic helped make gaming more attractive to those who wouldn’t normally gravitate toward video games. Bobby Kotick said, “Gaming has become a very social experience. People have headsets and microphones, and video. They are playing games against people around the world and competing against each other around the world. So it is not just a traditional form of gaming; it is now even [that] much more of a social experience.”

Activision Blizzard’s largest community of players is women aged 25 to 49. “They play games like Candy Crush Saga,” said the CEO. And it takes a massive team effort to keep not only Candy Crush Saga, but all of the video game company’s popular franchises, offering fresh content.

The Santa Monica, California-based video game company is responsible for developing and publishing some of the largest franchises in the video game industry. The company sees those franchises as an excellent road map for a long-term future. “So if you take something like Candy Crush today, over a hundred million people play it on a monthly active user basis. And we’re constantly delivering new content to those players,” said Bobby Kotick. “So there are probably 600 or 700 people in the development team on a game like Candy Crush, but they’re constantly introducing new content. On a game like Call of Duty, 1,600 people in six studios around the world create content regularly. But there’s not really an example of a few people on a project like ours. These are hundreds or thousands of people on a franchise.”

Bobby Kotick’s Led the Company Through Difficult Times Before

Kotick recalled that the company started to see signs of COVID in its offices in China. “And so we had an early indication of what might happen, and with our partners, like Tencent and NetEase, we had a pretty good sense of how they were going to shift to work from home,” explained the CEO. “We were in a pretty good position to provide equipment and technology to all of our employees. We also collaborate across the world. So we have studios in Sweden, Spain, and the U.K. Also, in places like Albany, New York, and Madison, Wisconsin. And so those studios had already been collaborating with each other in those remote locations. And it was an adjustment, but one that we were able to manage pretty quickly.”

Interaction with gamers is another thing that gives Activision Blizzard an edge. Kotick said that the company spends “a lot of time up front with [its] audiences, and in big quantities and with a very thoughtful process, to really try and draw out from them what it is that they would like to play.” That gives the company a sense of the expectations of the audience. “And if we disappoint that expectation, I think [the company is] a very good learning organization, really digging deep into understanding why it didn’t work,” he added.

Piers Harding-Rolls is the Ampere research director. “After two years of a huge expansion, the games market is poised to hand back a bit of that growth in 2022 as multiple factors combine to undermine performance,” he stated. “Even so, the year will end well ahead of the pre-pandemic performance, and the outlook for the sector as a whole remains positive, with growth forecast to return in 2023.”

However, it’s full speed ahead for Activision Blizzard and CEO Bobby Kotick, “We have a lot of rich library content that we can create. And then every year we are creating new from the ground up potential franchises as well,” he stated. “I’m generally thinking in about 10- or 20-year increments of time.”

Why Make Fintech Products Accessible For All?

Lear Capital Founder and Chairman Kevin DeMeritt on Inflation: Now and Then