What a summer it has been. Unexpected political events have certainly made their impact here in the UK while the EU was left relatively unscathed after facing a couple of key elections. The Pound continued to flounder as Brexit talks have bumped along producing little,if any, tangible progress. 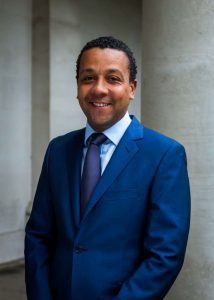 As we head into the tail end of 2017, the UK business community would be forgiven for struggling to find any clarity on what the future might hold. While there are a number of reasons to be cheerful about economic performance since the vote to leave the EU, is it possible to assess what likely prospects lie ahead? For the many UK businesses which operate within the import and export market, is it possible to determine how developments might impact on the value of Sterling going forward?

Before we can look ahead it is important to understand what lies behind us after another tumultuous UK summer.

After the calamity of Theresa May’s poorly run general election in June, where she failed to secure a majority against what many saw as a weakened Labour Party, her government emerged in a weaker and less stable position. The election also took its toll economically: the Pound fell to its lowest level in a month in the Asian markets, which were trading when the first UK election exit poll results were announced, and then dropped by another two per cent against the US dollar. The Pound also continued its slump against the Euro, falling to an eight year low in August before making a very modest recovery to €1.10 at the time of writing this article.

Meanwhile, despite some initial concerns about how they might pan out, the French and Dutch elections delivered relatively stable outcomes in terms of their impact on the markets and currency valuations. Emmanuel Macron’s victory in May’s French presidential elections was hugely welcomed by the currency markets which breathed a sigh of relief when he prevailed against the challenge of the anti-EU Front National. It was a similar picture in the Netherlands, where the anti-EU Freedom Party’s gains were not sufficient to topple the pro-European coalition led by Prime Minister Mark Rutte.

There is still the matter of the German elections to come this month but, if recent polls are accurate, Angela Merkel currently looks comfortable enough. Her only real challenge is from the equally pro-European Social Democrats and she certainly looks safe against a serious threat from the far right, anti-EU AfD party.

While the Euro therefore seems to be relatively safe from any major political turbulence in the short term, the Pound continues to languish with Brexit uncertainty still hanging over Britain.

Following last year’s vote to leave the European Union, UK businesses had to quickly come to terms with the fact that Sterling sank by 20 per cent against other major currencies. A year later the Pound remains low and could fall further as Britain continues to negotiate its terms of departure from the EU with a minority government in place.

The Construction PMI figures for August was at its weakest level for 12 months, as new business continued to decline for the second month running and commercial work levels fell. The report also found employment numbers within the construction sector are rising at the slowest pace since July 2016.

This coincided with the release of the August Services PMI figures which were at an 11-month low. Despite job creation continuing within the sector at its strongest level since the start of 2016, subdued client demand and heightened uncertainty about domestic economic outlook were noted as affecting business activity growth.

These bearish reports combined with the lack of progress in the most recent round of Brexit negotiations in late August caused the Pound to slump against the Euro after it had made some modest gains.

The UK is now facing at least two years (and likely more) of Brexit negotiations with a less than stable government in place, all of which will very likely to continue to impact on the British economy and the performance of the Pound.

There are also bigger global factors which could have an effect, directly or indirectly on Sterling. The developing situation in North Korea and what effect a potential escalation of hostilities will have on the Dollar and the wider economy is a big unknown variable going forward. What we do know is that any events which threaten global security tend to strengthen the US Dollar, which is seen as a safer investment.

Putting the prospect of a global conflict aside, we must also not forget the very real potential for the US Dollar to fluctuate significantly over the course of Donald Trump’s Twitter-fuelled and often volatile Presidency.

The potential for fluctuations in currency values is, of course, not always detrimental to business. It can present a threat as well as an opportunity for importing and exporting companies, depending where they conduct their operations and how well-prepared they are to capitalise on a rise or drop in currency value.In a climate of uncertainty, such as we are currently experiencing, it is vital that companies implement a robust and comprehensive risk-management strategy to minimise their exposure to foreign currency movements which often result from political uncertainty.

Businesses with foreign currency requirements, especially those which trade across the UK and within EU nations, need to look at how they can best conduct their transfers strategically to manage their exposure and secure profitability. The starting point for developing such a strategy is to clearly understand what their level of exposure is in terms of currency movement. From there they can set out an appropriate budget rate and create a suitable hedging plan. Using a combination of forward contracts, spot deals and orders according to such a strategy can provide certainty and protection, shielding their bottom line and maximising the funds they receive.

While the Pound looks likely to continue its rocky ride in the year ahead as Brexit negotiations continue, other global developments could have a greater impact on its value as well as that of other key currencies going forward.

The turbulence of last summer may get no respite as the winter draws nearer. All that business can do in this uncertain climate is ensure they areas well prepared to mitigate risk and seize potential opportunities that may result from further currency fluctuations that lie ahead.

Data – the overlooked but priceless asset