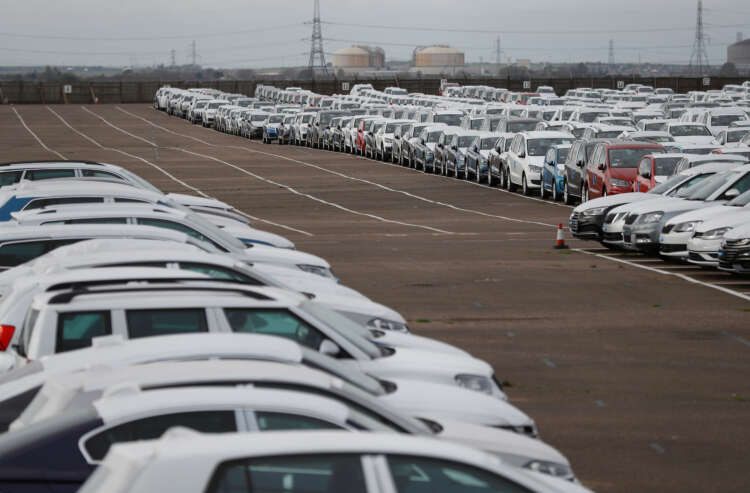 (Reuters) – British car production dropped 6% in September, an industry body said on Thursday, as the sector continues to bear the brunt of high energy costs, supply-chain snags and component shortages.

The Society of Motor Manufacturers and Traders (SMMT) said 63,125 units were made in Britain in September, nearly half of the levels seen in 2019, before the pandemic hit.

The global exports value of electric vehicles, which represents more than a third of all UK car exports, surged to 7.9 billion pounds ($9.13 billion) from 1.3 billion pounds over the last five years.

In September, SMMT said energy costs have emerged as the single biggest concern for British automotive manufacturers, which have collectively racked up more than 300 million pounds in bills during the year to August.

“In the week the UK gets a new prime minister, the sector is calling on the government to work together to create a competitive business environment for UK automotive manufacturing,” SMMT said.

Britain’s new Prime Minister Rishi Sunak, who replaced Liz Truss after her brief stint, takes on an economy facing recession at a time when the Bank of England is raising interest rates to tame double-digit inflation.

“Stability, combined with a plan that tackles critical skills shortages, delivers regulatory certainty and brings down the cost of energy in the long-term can help put the UK at the forefront of next-generation automotive manufacturing,” SMMT Chief Executive Mike Hawes said in a statement.

(Reporting by Amna Karimi in Bengaluru; Editing by Devika Syamnath)