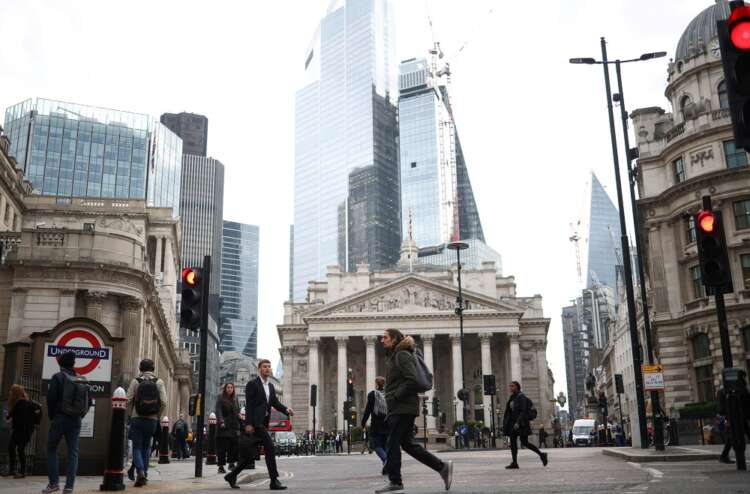 He later said the government would take decisions of “eye-watering” difficulty to ensure trust and confidence are restored in the country’s finances.

Truss had already fired her finance minister and close ally Kwasi Kwarteng and scrapped parts of their growth plan on Friday in a desperate bid to save her premiership, which is still less than six weeks old.

After Truss did not appear in parliament to answer a question about Kwarteng’s sacking, the opposition Labour Party said she was “scared of her own shadow”.

Following is a snapshot of related events, comments and explanations:

* “We will reverse almost all the tax measures announced in the Growth Plan three weeks ago that had not started parliamentary legislation,” Hunt said.

* “Taken together with the decision not to cut corporation tax and restoring the top rate of income tax the measures I’ve announced today will raise every year around 32 billion pounds.”

* “I’ve decided that the basic rate of income tax will remain at 20% and it will do so indefinitely until economic circumstances allow for it to be cut.”

* “I’m announcing today a Treasury-led review into how we support energy bills beyond April next year. The objective is to design a new approach that will cost the taxpayer significantly less than planned, whilst ensuring enough support for those in need.”

* Gilt yields tumbled, with two- and five-year yields hitting their lowest since Sept. 23 and long-dated yields down more than 40 basis points. But yields remain higher than before the mini-budget.

* Money markets see a 76% chance the BoE will raise interest rates by 75 basis points when it meets on Nov. 3, down from closer to 100 basis points a couple of weeks ago.

WHAT’S BEHIND THE CRISIS?

* The Bank of England was forced into emergency bond-buying to stem a sharp sell-off in Britain’s 2.1 trillion pound ($2.3 trillion) government bond market that threatened to wreak havoc in the pension industry and increase recession risks.

* The sell-off began after Kwarteng’s tax-cut announcement on Sept. 23.

* After firing Kwarteng, a close friend and ally, Truss announced that corporation tax would rise to 25% as intended by her predecessor Boris Johnson, reversing her earlier plan to freeze it at 19%. Kwarteng’s cut to the highest rate of income tax had already been reversed.

* LDI helps pension funds use derivatives to “match” assets and liabilities to avert risks of shortfalls in payouts, but the soaring interest rates have triggered emergency collateral calls for those funds to cover the derivatives. 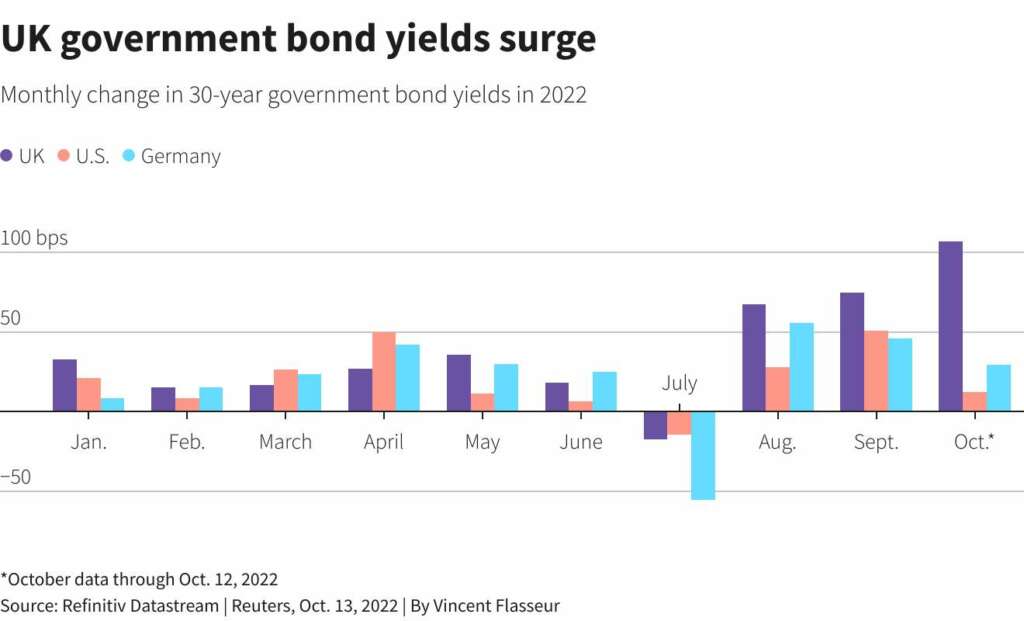