Broadband wars - make sure you're not caught in the slow lane 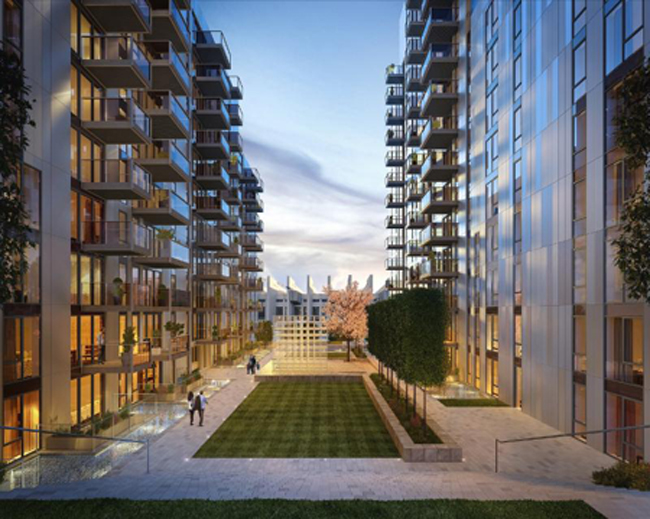 Wembley Park, located in North West London, is leading the UK in domestic broadband connectivity.  In the Quintain developed residential apartments at the heart of Wembley Park, residents can have 100Mbps up and download speeds delivered by Velocity 1 from the day they move in.

Since 2008, happy home owners and tenants alike have been enjoying  instantaneous web page downloads and access to HD films 24/7. It makes the new homes at Wembley Park among the fastest domestically connected area in the UK.

This has been achieved by running fibre cabling into every single apartment that it builds.  Other providers install fibre to the basement and then run copper cables into apartments.  Not so for Quintain who have gone one step further and pre-installed fibre from the Wembley Park based ISP directly into each of their homes – meaning that residents have access to this amazingly fast speed from the moment they step inside their new home.

Wembley Park resident Carrie Webster said: “Moving into a flat with Velocity1 broadband already wired in was great. This kind of speed is brilliant as well. I can stream films and surf the net at the same time and never worry about the connection dropping out.”

A recent uSwitch survey named the fastest UK street for broadband as Sandy Lane in Cannock, Staffordshire at 72Mbps and the slowest on Williamson Road in Romney Marsh, Kent at 0.54Mbps.

In the age of digital communication, people looking for a new home expect high speed internet but buyers should be very cautious before rushing to secure a deal as the internet is rife with stories of home owners being promised one thing and delivered another by broadband suppliers.

The market leading broadband speed from Velocity1 also positions Wembley Park to become a location for hi-tech businesses and financial companies dealing with large data volumes – as well as making it an attractive option for homemakers and homeworkers.

Tech companies and start-ups that have moved into the area have been delighted with the fast broadband connection available.

“Here [at Wembley Park] we can have a 100mb dedicated line, with the same upload and download speed, it’s enabled us to change our IT infrastructure to maximise new technology – including working in the cloud – which means we can really lead the market. We moved to Wembley Park quite recently and our staff love the community feel and facilities available here so it’s been a very positive move for us.”

Phillip Clapperton, of Velocity 1 which is providing the dedicated high speed broadband to the area, said: “It’s ideal for tech companies to be based here, but there is also an incredible benefit domestically. How many homes in the UK can get genuine 1gb broadband? At Wembley Park dozens of homes are currently being sold and all of them will have access to speeds from 100 mbs to 1gb.”

James Saunders, Chief Operating Officer of Quintain, the developer behind the revitalisation of Wembley Park said:

“From the outset we built a world-class fibre optic network into the infrastructure at Wembley Park. It’s fast becoming an essential utility for a wide range of businesses and residents. It powers high speed office internet, home working, free Wi-Fi across the site, broadband for our growing student population and even connectivity for mass online gaming events at the SSE Arena.”

Just a handful of apartments are left at Emerald Gardens starting from £370,000 and available to move into this summer.  Apartments at Alto are priced from £450,000, due to completion 2017.|

If you would like to know more about property available at Wembley Park with these amazing broadband speeds talk to Savills on +44 20 3151 8601 or visit www.alto-apartments.com or http://www.northwestvillage.com/availability. Homes are available to move into this year or next dependent on your requirements.

The Price of Selfies: 1 in 10 would place £500+ price tag on their mobile phone photos