The Future of Open Finance
Our website publishes news, press releases, opinion and advertorials on various financial organizations, products and services which are commissioned from various Companies, Organizations, PR agencies, Bloggers etc. These commissioned articles are commercial in nature. This is not to be considered as financial advice and should be considered only for information purposes. It does not reflect the views or opinion of our website and is not to be considered an endorsement or a recommendation. We cannot guarantee the accuracy or applicability of any information provided with respect to your individual or personal circumstances. Please seek Professional advice from a qualified professional before making any financial decisions. We link to various third-party websites, affiliate sales networks, and to our advertising partners websites. When you view or click on certain links available on our articles, our partners may compensate us for displaying the content to you or make a purchase or fill a form. This will not incur any additional charges to you. To make things simpler for you to identity or distinguish advertised or sponsored articles or links, you may consider all articles or links hosted on our site as a commercial article placement. We will not be responsible for any loss you may suffer as a result of any omission or inaccuracy on the website. 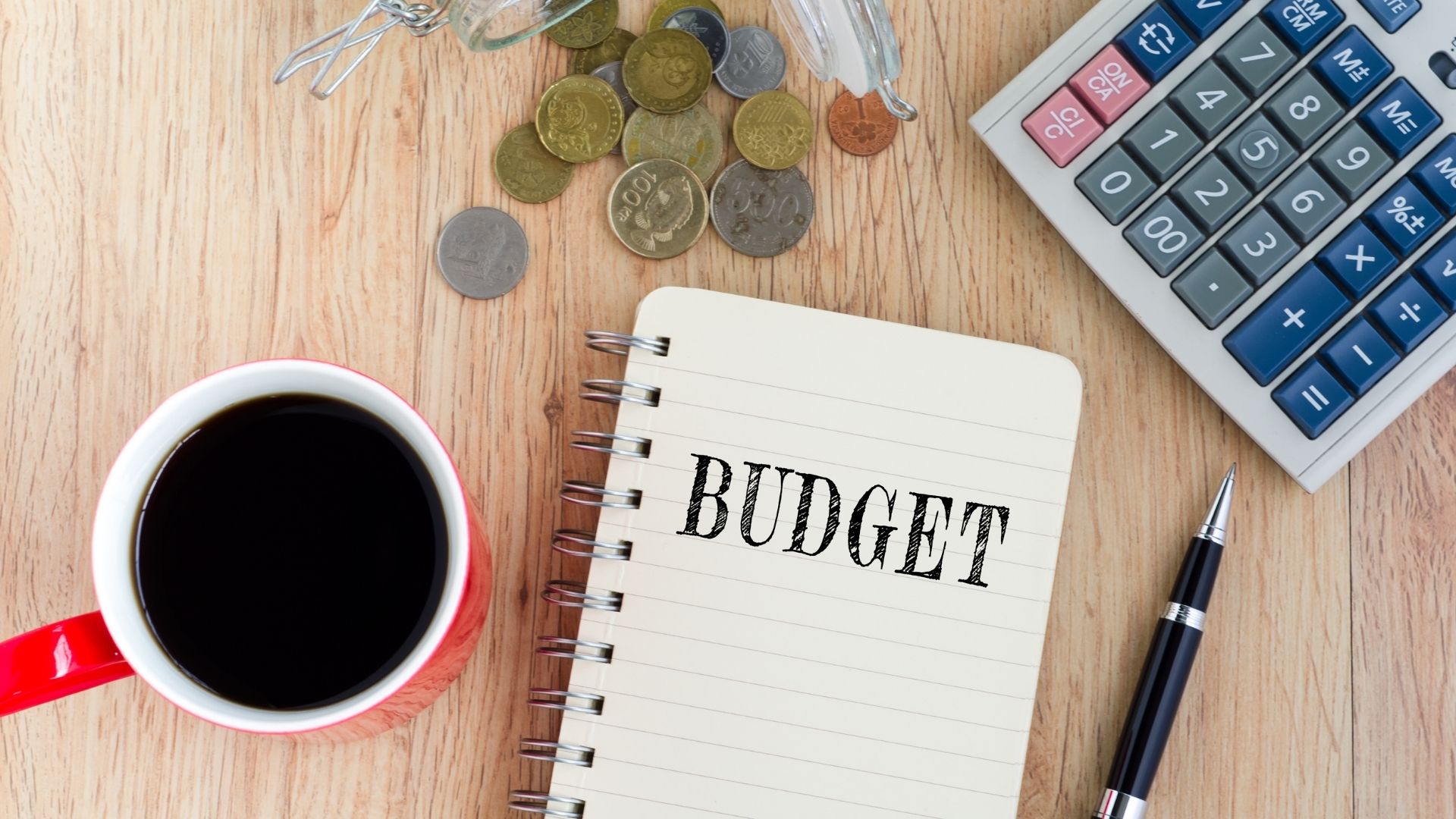 By Nicholas Smith, Director and Head of Tax at Duncan & Toplis

Looking back at last year:

One thing we learned from last year’s budget is that the response to COVID-19 will dominate everything.

On 11th March 2020, the virus was taking hold across the country and just six people had died after testing positive. The Cheltenham festival was underway,  Liverpool were hosting Atlético Madrid at Anfield and the government was resisting calls for a lockdown.

But, for many, the day of the Budget was the day attitudes began to change; on that day, the World Health Organisation announced that the world was facing a “pandemic”, the Bank of England cut interest rates to 0.25% and the new chancellor, Rishi Sunak – who had only been appointed weeks earlier – made the response to coronavirus the focus of his Budget.

Even though the gravity of the situation was still sinking in, the Budget set out the very first support schemes and sought to prepare the country for an economic crisis.

This was in addition to a £5bn emergency response fund for the NHS and other public services, as well as a £500m hardship fund for councils.

At the time, these measures were broadly well received and some were surprised by the level of support on offer. But looking back, we now know they were a drop in the ocean compared to the full range of support schemes which were introduced in the months that followed.

While it was the coronavirus support schemes which grabbed the headlines, the chancellor also made a series of other announcements: Infrastructure spending was to rise to its highest level in decades with £600bn to be spent over five years; a plastic packaging tax was announced for April 2022 and new charges were to be introduced for products made with 30% non-recyclable material; fuel duty was frozen; the National Insurance threshold was raised; the “tampon tax” was to be scrapped and the limits on Entrepreneurs’ Relief for Capital Gains Tax were tightened.

I would expect a similar mix of announcements this year – with news on coronavirus support schemes as well as several other spending promises (some of which may be repeated from last year) to demonstrate that 2021 won’t just be about coronavirus.

Looking forward to this year’s budget, I think we can expect yet more announcements of support schemes for people and businesses as well as schemes which aim to help companies emerging from lockdown.

There is clearly a concern about unemployment, so this might include investments in job creation, training and skills with the expansion of existing schemes such as the Kickstart Scheme and other schemes to help older workers reskill.

I think there are some clues to be found in the current end-dates of some support schemes: At present the ‘final’ round of the self-employed income support scheme (SEISS) is for the months covering February, March and April, so early March seems a sensible time to announce a subsequent scheme for May, June and July and this would be much needed for self employed workers.

Equally, the end date of the Coronavirus Job Retention Scheme is still set for the end of April, so we can all expect that to be extended in one form or another – possibly with a gradual reduction in support each month as was the case in Autumn.

The stamp duty holiday is credited with having provided a great deal of support for the property market and sustaining house prices. Again, this is due to end on 31st March, so it would be an easy opportunity to support buyers, sellers and builders as we head toward the summer.

Of course, politics is all about optics and presentation and the government will be eager to avoid having the chancellor’s second Budget being seen as another ‘coronavirus budget’. Instead they’ll want to use this as a chance to present a more optimistic view, setting out an ambitious vision of a post-Covid, post-Brexit UK.

For this reason, it’s possible that the government will seek to engage in a little stage management by announcing the next stage for its coronavirus support schemes before the date of the Budget. By doing this, they can prevent these schemes from dominating the headlines as they did last Budget day, giving the government a better opportunity to draw attention to some more optimistic, long term pledges.

Predictions for this year: (Taxes and spending cuts)

One of the biggest question marks is over whether we will see any increases in tax.

The government deficit climbed to a record £270.8 billion in the first nine months of this fiscal year, pushing national debt to more than two trillion pounds and so the chancellor may be anxious to reduce the deficit by increasing government income and reducing spending.

However, there are many who would object to a policy of higher taxes and reduced spending as it may harm our economic recovery. This includes organisations such as the Institute of Directors, British Chambers of Commerce, a range of right and left wing think tanks as well as the Labour opposition. It’s also been observed that, while excessive borrowing can be risky for individuals and businesses, the government is presently able to borrow at record low interest rates and there is no real limit to how high national debt can reach. My prediction is that the chancellor will opt to delay major tax rises and public spending cuts until future budgets, giving the economy more time to recover before addressing the deficit.

No longer being a member of the European Union, the chancellor may wish to demonstrate his greater freedom to make changes to taxes such as VAT and to provide more financial support to British businesses. The Conservative manifesto had promised no increases to VAT, but a reduction to the rate may be a powerful incentive to get consumers shopping again.

On the other hand, it’s possible that corporation tax will increase to as much as 23%, bringing the rate more in line with other developed countries, and it’s been speculated that the chancellor may announce a consultation on a possible rise in capital gains tax which could be introduced next year. Certainly, there is a necessity to raise taxes to pay for the pandemic in the coming years

One proposal that’s been circulating for many months is the possibility of a ‘wealth tax’ which would see the wealthiest households in the country paying a levy on the value of their assets above a certain threshold. Recently, a group of tax experts and economists from the London School of Economics and Warwick University concluded that this would be the fairest and most efficient way to raise taxes in response to the pandemic, with a one-off levy of 1% payable on the value of assets above a £1m threshold per couple capable of raising £260bn over five years.

While this would come close to making up for the £280bn spent on measures to fight the pandemic so far, it’s reported that the chancellor has rejected the idea and that he would prefer to raise capital gains tax (CGT) as an alternative. Although other European countries such as Switzerland, France, Spain and Belgium have varying forms of ‘wealth tax’, I feel it would be a radical step for a Conservative government, even in a crisis such as this. This would mean a CGT increase would be the more likely option, even though it is unlikely to raise anywhere near as much money.  With borrowing rates at an all time low for the Government it is actually affordable and probably sensible to extend the debt for longer.

While tax rises may be uncertain, we can probably expect some reductions in public spending. In his spending review in November, the chancellor reduced spending on overseas development aid and froze the pay for many public sector workers. I expect that, in the absence of new tax rises, we’ll see more of these kinds of belt-tightening measures to prevent the deficit from growing too much further.

E-commerce without frontiers? Not when it comes to payment

E-commerce without frontiers? Not when it comes to payment