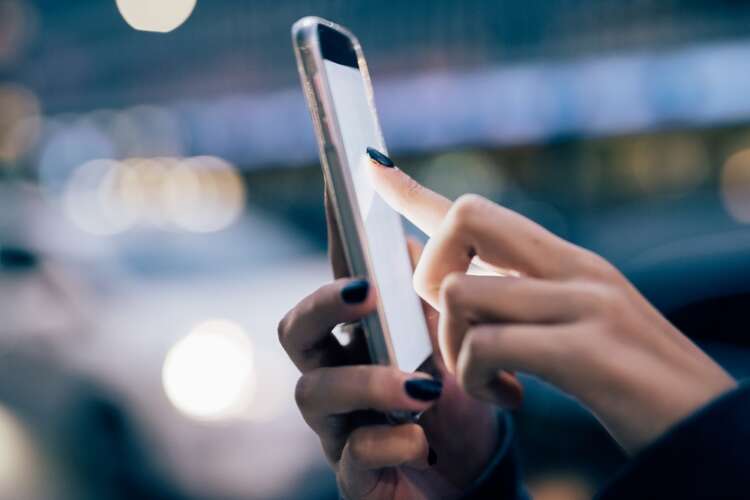 By Stefan Spendrup, Vice-President of Sales Northern and Western Europe at SOTI

First it was a fax machine, then a website, now an app. It starts with the early adopters but, before long, every business needs to have one. If yours doesn’t, then you risk falling behind and, in all probability, you may already have. App usage has seen rapid growth over the last decade. The iOS App Store launched in 2008 with just over 500 apps and today, 2.2 million different apps are available. Android users have an even bigger selection to choose from with access to around 3.5 million.

It’s perhaps unsurprising given the recent world events that app installations increased 17.3% year-on-year in 2020, and downloads of business apps such as Teams and Zoom rose 132% in Europe last year. During the pandemic, apps became essential for B2B companies to conduct their business, both for internal employees and with customer interaction. Many already app-savvy businesses also grew in popularity during the pandemic such as Uber, Deliveroo, Just Eat, and Delivery Hero.

It’s not just businesses either. The UK government had to quickly plan, develop and release its NHS COVID app in an incredibly short space of time to respond to the humanitarian and economic crisis. The app has had to protect millions of users across the country while keeping the economy moving. It was subsequently announced recently that the government has updated it to ‘ping’ fewer people, as the app’s sensitivity was causing millions of people to self-isolate, having a detrimental impact on business operations and demonstrating the pitfalls associated with app rollouts that are managed correctly.

The demand and necessity for app development have created a perfect storm, with fast development of apps becoming increasingly important, while the stakes for getting it right ever higher. Within enterprises, many businesses now rely on mobile technology to drive the success of their company, and mobile apps are playing a leading role. Companies are creating mobile versions of enterprise solutions to customize their workflows and respond to market demands; however, they are getting bogged down by rising development costs and productivity interruptions.

Developing a custom application for a business can take as long as five months and cost hundreds of thousands of pounds. Yet in the end, businesses can end up with a clunky, slow and possibly non-functioning app that will cause workforce inefficiencies across the organisation. Getting it wrong clearly costs companies more than just the time and money invested. They risk a frustrated workforce and customers, productivity loss and falling behind their competitors.

Because of these reasons, today’s businesses only have a few apps and are starved for custom line-of-business (LOB) applications to streamline their important workflows. This discrepancy, the difference between how many apps a business wants, and what they are able to deliver is often referred to as the “App Gap.”

To avoid such a scenario, businesses need to find a way to develop apps quickly while ensuring these will meet the requirements for the desired functionalities, a user-friendly design, data security and possible future updates. Building apps in-house can cause strain on IT departments as they are tasked with a complex objective, often without having experience in building a robust workable application that is critical for the running of the company. On the other hand, freelance app developers will not have the necessary understanding of the business requirements.

An organisation’s app is now a flagship touchpoint that heavily influences the perception that both employees and customers have towards a business. An app isn’t just a tool, it’s integral to the success of a company.

The solution is for companies to focus on their core competencies and empower their IT departments to build the apps their colleagues need by using a reliable cross-platform, rapid app development solution. This eliminates the need for coding and provides a quick, simple and affordable way of meeting the demand for new apps within the organisation. With the ability to drag and drop key app components onto a blank canvas virtually any employee can become an app designer.

With the right tool, businesses can prototype, iterate and deploy apps in minutes or hours — not days or weeks. In addition, a well-engineered app maker will simplify operations by enabling easy app distribution to the company’s iOS and Android devices and support data exports to a wide variety of backend systems.

Organisations that achieve business mobility and integrate operations with their IoT infrastructure will inevitably overtake those that spend months and hundreds of thousands of pounds developing a custom application that’s difficult to modify or one which is only partially integrated to the IoT architecture. To keep up with today’s mobility demands, speed, flexibility and adaptability are key. For those who are yet to build an app strategy into their business plan, there’s still time, but not much of it.

Female Founders Still Struggle to Get Funded: Time To Rip Up The Old Rulebook