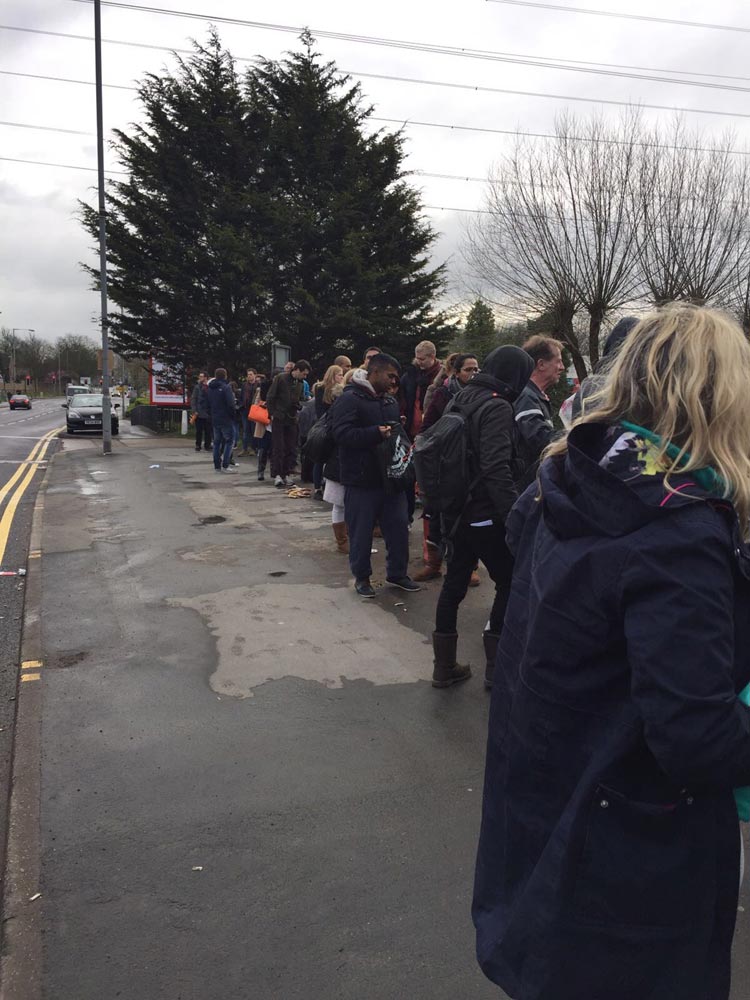 Twenty-seven homes that were released for sale on Saturday (18th March) in Waltham Abbey were sold out on the first day of launch after buyers camped out for four days in order to secure one of these popular homes. Hazlemere Marina, off Station Road, is a new development by Bellway Homes, offering one and two bed apartments and three and four bedroom homes situated on the banks of the River Lee.

First-time buyers Ella Coulson, 26, and her partner Jason Goodwin, 27, camped out for three nights and four days by the development to ensure their place in the queue.  The couple set up camp on Wednesday ready for the launch and by Friday evening they were joined by around nine other campers all anxious to be in with a chance of securing on of these lovely homes. The couple, who have been looking for a place to call home for 18 months, were pleased they were at the front of the queue secure in the knowledge they could bag a two bedroom apartment. 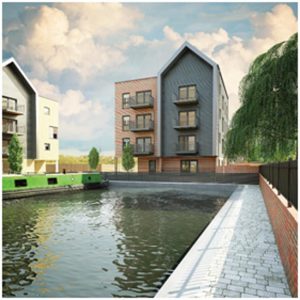 Ella, who is currently working four jobs in order to save for a new home said: “It was freezing and windy but this is something we wanted so much. It is hard to find a home within our price range in London and we have missed out on three other launches due to being too late or just not being able to afford it.

“When we saw the Bellway Homes development we registered straight away and decided the best thing was for us to camp and be at the front of the line. A couple of people asked us what we were protesting for, but we were camping to make sure we got a home.”

This is not the first time Bellway Homes has seen potential purchasers sleep out to secure a home. At the end of last year 28 campers pitched up tents to claim a home at Oakes Park in Dartford.

Ella, Jason and their parents took it in turns to stay by their tent in Waltham Abbey, with Ella also enduring a day of work in her car beside the development. They were lucky enough to get the plot they were after. Ella adds: “We were successful in getting the apartment so the camping has been absolutely worth it.”

The first phase of one, two and three bedroom homes released were snapped up by first-time buyers and second steppers Residents will enjoy landscaped communal gardens as well as waterside views from many of the balconies and terraces. On the launch day Bellway Homes’ ensured buyers were limited to one per person to stop investors getting in on the deal.

The market town of Waltham Abbey in the Epping Forest district of Essex, is a sought-after location, with brilliant local amenities, transport connections and leisure facilities close to home. It is even said to include David Beckham’s favourite pie and mash shop.

Emma Denton, Head of Sales at Bellway Homes Thames Gateway, comments: “Home buyers began to camp at the site on Wednesday morning and by Friday evening there were many tents parked just outside our development.

“Homes in the area are in high demand, and this was reflected in the successful turn out at our Hazlemere Marina launch. We are delighted that we could offer many first time buyers and second steppers the chance to either get on the property ladder for the first time or buy a bigger home for their family.”

The development will comprise a mix of apartments and three and four bedroom homes. All of the homes incorporate modern design features, such as open-plan living spaces, integrated kitchen appliances and en suite bathrooms.

Waltham Abbey boasts a superb choice of attractions and convenient essentials, all close to home including shopping pursuits, in nearby Sun Street offering a selection of independent retailers, bars, cafés and restaurants. Additionally, a local market is held every Tuesday and Saturday in Market Square, adding a countrified feel to the area, rarely found within cities.

For further active pursuits, Lee Valley White Water Centre, which staged London’s Olympic water sports, is a 10-minute walk from home and offers a range of sports, such as kayaking, canoeing, paddle boarding, white water rafting, open-water swimming and scuba diving. The centre is part of the Lee Valley Park, which extends for 10,000 acres across Essex, Hertfordshire and parts of London, and which includes a number of sports venues, country parks and wildlife habitats.

Ideal for commuters, Hazlemere Marina is a 10 minute walk from Waltham Cross railway station, with frequent services running into London Liverpool Street in under 30 minutes. Nearby major roads include the A10, the M11 and the M25, while the nearest airport is Stansted, 25 miles away.