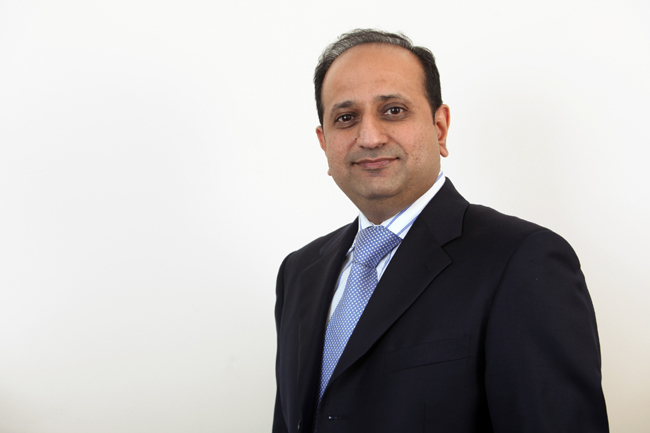 An easy question; what do the UK oil and gas and steel sectors have in common? They both struggle to attract investors and are haemorrhaging jobs after falling victim to global competition and low prices.

From a short-term income protection perspective they’re also on 80% of insurers’ exclusion lists leaving workers in these sectors unable to purchase accident, sickness or unemployment cover. A token gesture from Chancellor George Osborne to reduce the supplementary charge on oil and gas from 20% to 10% and Government endeavours to find buyers to bail-out the much-maligned Port Talbot steelworks in south Wales is to be applauded, but it will not change insurers’ resolve to protect their profitably by ring-fencing cover for employees who work in these sectors.

A harder question; what does retail have in common with oil and gas and steel? This sector could also start to haemorrhage jobs and find itself on the cover exclusion list. The recent Budget announcement – giving web traders or ‘micro-entrepreneurs’ a £1000 tax break – is another nail in the coffin for high street retailers who are already struggling against online buying/selling giants such as eBay and Gumtree.

And while an increase in small business rate relief from £6,000 to £15,000 offers a modicum of respite for shops suffering at the hands of online retailers, I’m not convinced it will help reduce the Local Data Company’s figures which showed 16 shops per day closed down in 2015. Shouldn’t financial services providers – including banks and building societies – do more to protect vulnerable employees by offering some form of protection?

According to Best Insurance in-house data, retail employees are among the top professions making unemployment claims. Granted, as an industry we don’t want to make a loss, but morally shouldn’t those who can offer a practical solution to employees who will suffer financial hardship due to redundancy, act now?

The need for action is all the greater given short-term income protection only pays out if the buyer is unaware of any mergers/acquisitions/contract changes during the exclusion period. How does this translate in the run up to June’s referendum? Are employers planning to change their contracts?

The Office of Budget Responsibility warns a Brexit could have negative implications for business and consumer confidence and it will impact on our economic growth figures. If we leave the European Union, workers in manufacturing, agriculture, food production and financial services are likely to feel acutely exposed to potential changes within their sectors.

Manufacturers will lose their European trading perks and face operating in even more challenging environments (against EU and non-EU countries), agriculture and food producers will lose swathes of workers due to restrictions on the free movement of labour and multi-national financial services providers will be restricted on their UK business dealings.

While as an industry we cannot curtail uncertainty over future employment prospects, we can offer workers a solution to counter spiralling debt should redundancy occur and provide peace of mind during this period of angst. There is a dire need for a financial safety net, courtesy of insurance providers, particularly as the Government with its austerity measures has nothing in place.

Mr Osborne is keen – with his Lifetime Isa – to encourage first-time buyers to make that leap of faith and invest in property, but fails to see the wider picture. Employment uncertainty and an inability to save (hence why potential buyers need short-term protection cover) means few will ever reach the Chancellor’s £4,000 yearly target and subsequent £1k bonus.

Logic dictates that workers who struggle to save for a deposit and are worried about future job prospects are unlikely to undertake the biggest financial commitment of their lives and invest in property. They’ll opt for the safer option – to rent.

With fewer people joining the first rung of the ladder, others will be unable to move up. Estate agent Savills says UK owner occupiers now move 2.75 times on average, in contrast with the 4.6 times they moved in the years prior to the 2008 financial crisis.

Despite more people in the rental market, the pressure on landlords has never been greater. Mortgage relief and Capital Gains tax cuts, an increase in Stamp Duty and a stricter buy-to-let mortgage affordability criterion means there will now be less investment in rental properties, pushing up demand and costs.

It’s evident workers are falling into a downward spiral with escalating housing costs, less disposable income to save, a period of employment uncertainty and meagre Government benefits to fall back on. Even the much-lauded Living Wage has left many workers essentially worse off. In order for employers to fund their higher wage bills, they’ve cut perks such as free meals and overtime payments and introduced shorter working days.

Who’s there to pick up the pieces if redundancy does happen?  No one. This is my raison d’être for this piece; lenders must stop ignoring these issues and offer a practical solution.

Why do mortgage providers still fail to ask how payments will continue to be made if an income is interrupted when undertaking their Mortgage Market Reviews and run a mile at the thought of a solution? An interest rate rise and outgoings are not the only things that should be included.

The impact of Brexit is at the top of most businesses’ agendas and as a result, employees, no matter what sector they work in, are becoming increasingly uncertain about their future.  If ‘forward-thinking’ lenders do finally get around to offering short-term income protection, I fear it may be too later as nearly every sector could be construed as ‘at risk’, excluding workers from the cover they need.

I’m hopeful the EU referendum will kick-start lenders into looking at how they can proactively calm the nerves of customers worried about their future job prospects. This general ‘malaise’ cannot continue.