Cryptoverse: Is bitcoin out of the woods? Consider the options

The Psychology of a Trader
Our website publishes news, press releases, opinion and advertorials on various financial organizations, products and services which are commissioned from various Companies, Organizations, PR agencies, Bloggers etc. These commissioned articles are commercial in nature. This is not to be considered as financial advice and should be considered only for information purposes. It does not reflect the views or opinion of our website and is not to be considered an endorsement or a recommendation. We cannot guarantee the accuracy or applicability of any information provided with respect to your individual or personal circumstances. Please seek Professional advice from a qualified professional before making any financial decisions. We link to various third-party websites, affiliate sales networks, and to our advertising partners websites. When you view or click on certain links available on our articles, our partners may compensate us for displaying the content to you or make a purchase or fill a form. This will not incur any additional charges to you. To make things simpler for you to identity or distinguish advertised or sponsored articles or links, you may consider all articles or links hosted on our site as a commercial article placement. We will not be responsible for any loss you may suffer as a result of any omission or inaccuracy on the website. 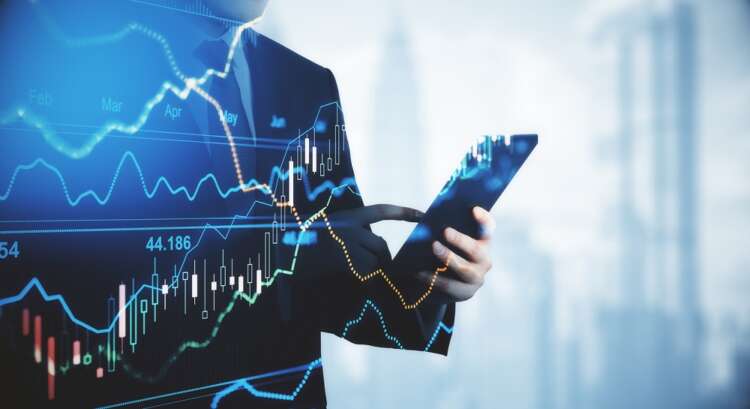 ETF’s have long been recommended by financial advisors owing to their low risk status, and also the fact that a lot of brokers offer great, low cost deals on trades. However, in Canada the big banks are now fighting back and seeking to rival ETF brokers by offering their customers free trading on ETF’s. Let’s take a closer look at what this could mean for the market.

In case you just joined us, let’s start with the absolute basics. Exchange-traded funds (ETF’s) are ‘baskets’ of securities that investors can buy into. They operate much like mutual funds and track broad investment indexes like the Standard & Poors Top 500. However, unlike mutual funds, ETF’s are traded throughout the day when the stock market is open, making them appealing to investors as well as day traders.

Since launching in the 1990’s, ETF’s have become a staple of any healthy investment portfolio and they are widely recommended by financial advisors to their clients. They are ideal for individual “DIY” investors who have humble amounts to invest, limited expertise and low appetites for risk. ETF’s are typically sought as a higher return alternative to savings accounts rather than a “get rich” type of speculative investment – a sound addition to any retirement portfolio and great for long term saving goals.

The ETF market is a steady and effective one but does not usually offer the same lucrative returns as riskier investments. For this reason, brokers have long been competing with one another to offer the best deals and lowest fees on trades. This makes it a great market to ‘dabble’ in without having to worry about losing any gains in custody and trading fees (like many low level investors do with stocks).

Big name brokers like Charles Schwab have been a long time leader in the ETF “budget” broker space. They have long offered zero commission trades on its own, “in house” ETF offerings and now offer zero-commision trades on all ETF’s. Furthermore, there are no fees for opening a Charles Schwab broker account and no annual or quarterly maintenance or custody fees.

Investment giant Fidelity also offers great deals on ETF trades – it is little surprise that the brokers had the market sewn up for a long time and left the banks relegated to the sidelines.

Even some smaller online brokers have managed to score some easy wins by picking up disgruntled bank customers.

EFT and the Banks

It seems that the banks were caught napping and remained asleep for a long time in relation to the ETF market. Whilst brokers were offering zero-commission trades and free accounts, the banks were typically levying set fees or taking commissions for EFT trades and effectively punishing their customers for their loyalty.

However, Canadian banks have finally woken up and are seeking to claw their way back into the humble ETF trading zone. BMO has become the first Canadian bank to properly compete with the brokers and is offering free trading accounts and zero-commission exchanges on ETFs via its brokerage arm and Scotiabank is looking to do something similar via its Scotia iTrade subsidiary. Furthermore, Scotia Bank’s iTrade is just one of the new tech platforms the sector is setting up to coax customers into the ETF market. The Spanish-global megal bank Santander has also announced the upcoming launch of an algorithmically based EFT investment advisor tool designed to take the hard work and worry out of investing.

So it seems the game is afoot but how much difference will this really make? The brokers have been leading the ETF trading market for a long time now and some commentators may feel the banks have simply left it much too late to really challenge them or establish any serious foothold. However, the banks know full well that DIY, low-level investors often prefer to use their own bank and stick with a familiar name for trading rather than go searching for brokers who they may never have heard of before. BMO and Scotia bank are also household names in Canada whereas even investment titans like Charles Schwab and Fidelity are only known to those in the know.