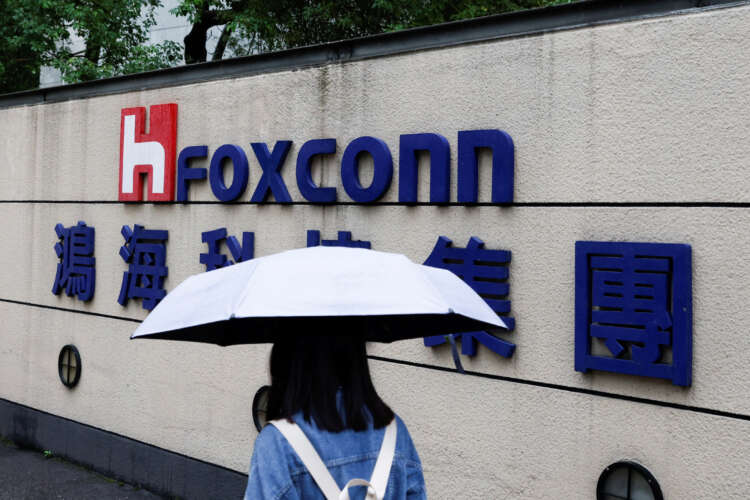 China reported on Monday 5,496 new locally transmitted COVID-19 cases for Nov. 6, the highest since May 2, when the country’s commercial capital of Shanghai was put under a crushing lockdown amid its worst outbreak.

Since October, disruptions to the world’s second-largest economy have picked up pace across the country – from central Henan province to Guangdong in the south – as Omicron infections spread.

Taiwan-based Foxconn said late on Sunday it would implement new COVID-19 measures at its plant in Zhengzhou, including implementing a system which would involve moving all working employees into three dormitories.

Zhengzhou, the provincial capital of Henan, reported 297 new local COVID-19 cases for Nov. 6, the highest in five days, as the city of nearly 13 million scrambled to contain its worst outbreak in months while keeping its economy on an even keel.

Foxconn, whose production of Apple Inc’s iPhone 14 models at its Zhenghou plant has been affected due to its curbs, said in a statement on the WeChat account of its Zhengzhou plant that employees would be required to follow a “point-to-point” system where they can only move between their dormitory and factory area.

Eight other dormitories will only allow workers to enter, not exit.

The curbs were being implemented at the request of the government, it said.

Foxconn has been working to retain staff and smooth over tensions in the factory, after workers complained about their treatment and provisions under COVID-19 prevention measures. Many employees had fled the factory, prompting Foxconn to offer generous bonuses to retain staff.

While several events in China have been cancelled or postponed amid the rising cases, some organisers have continued to press ahead.

Some visitors to the China International Import Expo (CIIE) currently underway in Shanghai were barred from entering the event despite having not left the city in the past two weeks and complying with all health requirements.

One found out that she could not attend only at the entrance when lights flashed red and security guards said their records showed travel history issues.

One senior bank executive who was planning to attend the trade fair on Sunday discovered he was unable to do so as he had worked in his office one day in the preceding week where there had been a close-contact case, the banker told Reuters.

At the biannual Zhuhai Airshow in Guangdong, due to kick off on Tuesday, an aviation executive told Reuters he had been barred from entering despite having arrived three days earlier to comply with requirements as he had been in a district in Beijing that had reported cases in the past seven days.

Chinese stocks rallied last week in their biggest weekly gain in more than two years, as investors pumped a trillion dollars into the market on hopes of a reopening in the world’s second-biggest economy.

But China’s health authorities doused that speculation on Saturday by reiterating that they would persevere with their approach of clearing COVID-19 cases as soon as they surface. Authorities, however, have been making ongoing if modest tweaks to managing the virus.

Stocks in China were tentative on Monday and they rose in Hong Kong in early trading.

(This story has been corrected to say that the airshow in Zhuhai is biannual, not annual, in paragraph 15)

Analysis-Runaway prices have central Europe on the ropes