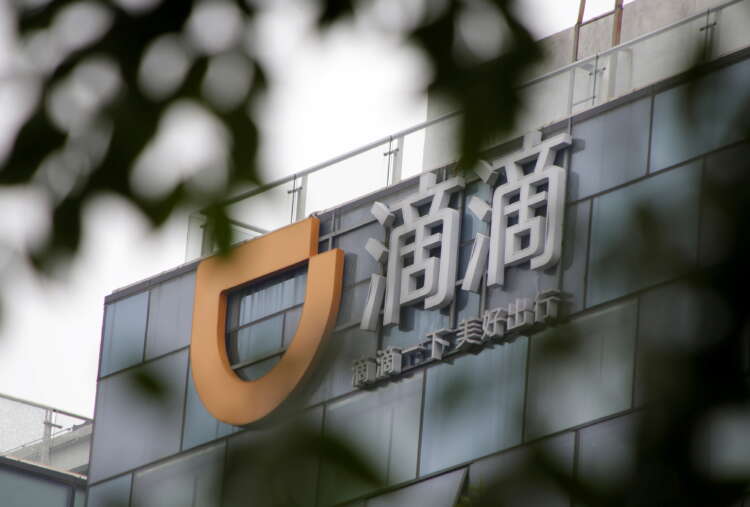 (Reuters) – Chinese ride hailing company Didi Global Inc raised $4.4 billion in its U.S IPO on Tuesday, pricing it at the top of its indicated range and increasing the number of shares sold, according to two sources familiar with the matter.

Didi sold 317 million American Depository Shares (ADS), versus the planned 288 million, at $14 apiece, the people said on condition of anonymity ahead of an official announcement.

This would give Didi a valuation of about $73 billion on a fully diluted basis. On a non-diluted basis, it will be worth $67.5 billion. The company is expected to debut on the New York Stock Exchange on June 30.

The increase in deal size came after the Didi investor order book was oversubscribed multiple times, one of the sources said.

Investors have been told to expect their orders to be scaled back once allocations are completed on Wednesday, according to a separate source with direct knowledge of the matter.

Didi did not respond to a request for comment.

The listing, which will be the biggest U.S. share sale by a Chinese company since Alibaba raised $25 billion in 2014, comes amid record IPO activity this year as companies rush to capture the lucrative valuations seen in the U.S. stock market.

Didi’s IPO is more conservative than its initial aim for a valuation of up to $100 billion, Reuters has previously reported. The size of the deal was cut during briefings with investors ahead of the IPO’s launch.

“But it seems like many investors like this deal, the volatile IPO environment helped to lower IPO price and valuation looks attractive,” Kim told Reuters.

Didi’s IPO was covered early on the first day of the book-build last week and the investor books were closed on Monday, a day ahead of schedule..

An over-allotment option, or greenshoe, exists where another 43.2 million shares can be sold to increase the deal size.

Didi was co-founded in 2012 by former Alibaba employee Will Wei Cheng, who currently serves as the chief executive officer. Cheng was joined by Jean Qing Liu, a former Goldman Sachs banker and the current president of the ride-sharing company.

The company counts SoftBank, Uber Technologies Inc and Tencent as its main backers.

Didi is also known for successfully pushing Uber out of the Chinese market after the U.S. company lost a price war and ended up selling its China operations to Didi for a stake. Liu Zhen, the head of Uber China at the time, is Didi’s Liu’s cousin.

Like most ride-hailing companies, Didi had historically been unprofitable, until it reported a profit of $30 million in the first quarter of this year.

The company reported a loss of $1.6 billion last year and an 8% drop in revenue to $21.63 billion, according to a regulatory filing, as business slid during the pandemic.

Its shares are due to start trading under the “DIDI” symbol.

(Reporting by Echo Wang in New York and Anirban Sen in Bengaluru and Scott Murdoch in Hong Kong; Editing by Greg Roumeliotis, Bill Berkrot and Himani

Why corporates must beware of using cryptocurrency