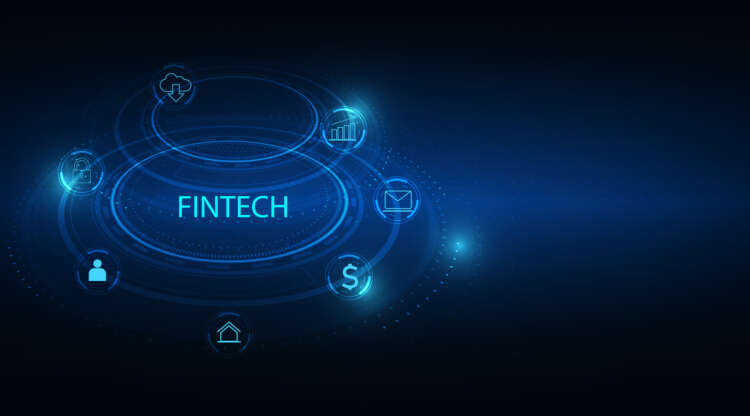 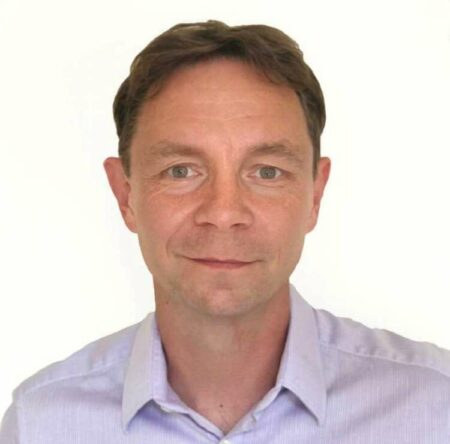 Finance is a sector at the cutting edge of technological innovation. Be it the incremental enhancement of digital banking products, the continued climb of FinTechs, or the abundance of tools that enable finance leaders to operate more effectively behind the scenes, the industry has become a rising tide of disruption. This is a characteristic that will prove invaluable in the face of extreme economic uncertainty.

According to Deloitte’s latest UK CFO Survey released April 2022, finance leaders are flagging record levels of risk driven by geopolitics and inflation. 98% of CFOs anticipate operating costs to rise in the year ahead, with almost half expecting these rises to be significant. Within this context, a key and immediate priority for finance leaders will be balancing the books to effectively navigate the storm.

Here, cobotics – that is, collaborative robots – can offer a much needed helping hand. Defined as robots that work alongside humans to increase their productivity, the role of the cobot is to supplement people, not replace them. They provide optimal support for organisations and employees to ensure that they can work as efficiently and effectively as possible.

Typically, when a department reaches its capacity, the first instinct is to expand resources by bringing more bodies on board. However, depending on the roles in question, this isn’t always necessarily the most effective approach. In some circumstances, the use of cobots may make more financial sense, while improving the employee value proposition at the same time.

That’s not to say robots or cobots can or should do whatever humans do. That’s quite clearly not the case. But they can be deployed to take on the more repetitive, mundane tasks, such as vacuuming or floor scrubbing, which would free up a cleaner’s time to concentrate on the finer details that may positively impact their experience as an employee. It may also improve the experience of building occupants who, from seeing cobots in action, recognise that cleanliness and hygiene, and therefore their health and wellbeing, are front and centre of their employer’s agenda. Win win. And that’s before you consider the potential financial gains.

Let’s consider a basic cost comparison. Say a cleaner whose main role is to vacuum costs £12 an hour. A robot will usually be less – say £6 an hour – so the robot is immediately cheaper. If you’re paying around £450 a month for a cobot rather than hiring someone new for £2,000 a month, your ROI is improved from the outset. And that’s without factoring the fact that the cost of an employee is in fact much more than their salary when accounting for additional costs such as management, training, absenteeism, pensions, benefits, annual leave, travel, resources, and tools. The associated costs with cobots, on the other hand, are minimal.

Such costs can be overlooked in companies where hiring is completed at the departmental level. CFOs can help address this. They will understand this true cost difference and could therefore inform those departments considering cobotics with the right information to enable a fair ‘apples to apples’ comparison.

This approach can help finance firms navigate the storm of rising costs and labour shortages. Last year, a British Cleaning Council (BCC) report found that firms experienced record increases in vacancies at a time when UK cleaning labour makes up 5 percent of the national workforce. The BCC report revealed that 11 of the UK’s biggest cleaning firms reported 1,917 vacancies in total, with one firm noting that their vacancies had increased by 252% in the six months prior to its publication. According to those firms, the two major reasons for the shortage have been a large proportion of foreign nationals leaving the UK following Brexit and employees moving to other jobs, such as truck driving or hospitality.

It’s not about replacing people with cobots. It’s about filling the gaps that already exist and easing the burden of repetitive labour.

It is not just cost margins where cobots can unlock improvement, however. Equally, they can play a key role in enhancing workplace environments that can make all the difference in helping finance firms secure and retain top talent.

A significant outcome of the pandemic has been the democratisation of the workforce. Employee expectations have never been higher, with people wanting to retain the freedom to choose when, where and how they work. If a company doesn’t meet these demands, staff will simply go elsewhere. Finance firms cannot afford not to take note, given the industry has become one of the most competitive talent arenas around.

According to a report from Barclays, access to talent is the second leading priority among financial firms in the short-to-medium term, only second to growth. At the same time, research by the UK’s Financial Services Skills Commission (FSSC) reveals that 92% of its member firms had hard-to-fill vacancies in 2021.

Between a major focus on hiring top talent and firms struggling to fill positions, the battle for top financial talent will remain fierce for the foreseeable future. To be successful, finance firms therefore need to meet employee demands while simultaneously plugging the gap caused by labour sourcing woes.

Culture is vital here, underpinned by the demand for flexibility. Data from Deloitte shows that over half (54%) of financial services employees want their organisation to offer alternative working patterns, such as flexibility in terms of hours or location. This demand for choice doesn’t mean that the office is now redundant, however. A separate survey from Accenture reveals that only one in five UK financial services workers want to work from home full-time. That leaves four in five still wanting to have some access to workspaces outside of their home.

For this majority, financial firms need to provide great environments that offer everything from the right amenities and a good mixture of spaces (be it productive, collaborative and social) to in-office perks and clean, pleasant environments. The latter is a highly relevant example, with health, safety and hygiene having risen to the top of the agenda since the outbreak of the pandemic. And here, cobots are already playing a significant supporting role.

In 2020, SoftBank Robotics and Infogrid deployed dozens of air quality sensors across two test sites – a corporate bank headquarters, and a corporate office environment. These were used to monitor both sites over a four-week period – for two weeks while cleaning teams continued to service the areas in line with their normal cleaning schedules, and two weeks with Softbank’s Whiz cleaning cobot solution deployed.

The results were conclusive. With the study having gathered and measured approximately 400,000 data points, analysing dust particulates before and after Whiz’s deployment, it uncovered an incredible 50% reduction of following the introduction of the cobot technology. Cleaners are rarely allocated time to vacuum the full floor space of an office. The reliability and full coverage of cobots, resulted in dust being consistently removed rather than being agitated back into the air by people walking. In this way, cobotics had a significant and direct impact on air quality.

Beyond optimising expenditure and improving talent strategies, a third benefit of cobots in financial workspaces lies in their ability to support sustainability strategies. Typically, such strategies should      consider the entire carbon footprint of a product, direct and indirect. This begins with looking at the materials used in the manufacturing of a product as well as its energy usage, and then extends to indirect considerations such as the journey that it took in order to reach the end customer. How far did it travel? Was it delivered via a vehicle? What were the emissions of that vehicle?

At the same time, in a 2020 study, a sponsored study by PA Consulting measured the vacuuming patterns of cleaners and found that between missed areas and overcleaning (by going backwards and forwards over the same space), total wastage was 67%. Thus the energy costs of manual vacuuming far exceeds that of cobotic cleaning.

In this sense, cobots can also help companies make incremental, meaningful gains to their sustainability strategy. From improving the environments in which people work and boosting employee morale, productivity and confidence to come to work, to supporting talent attraction and retention while reducing costs, cobots can create significant competitive advantages.