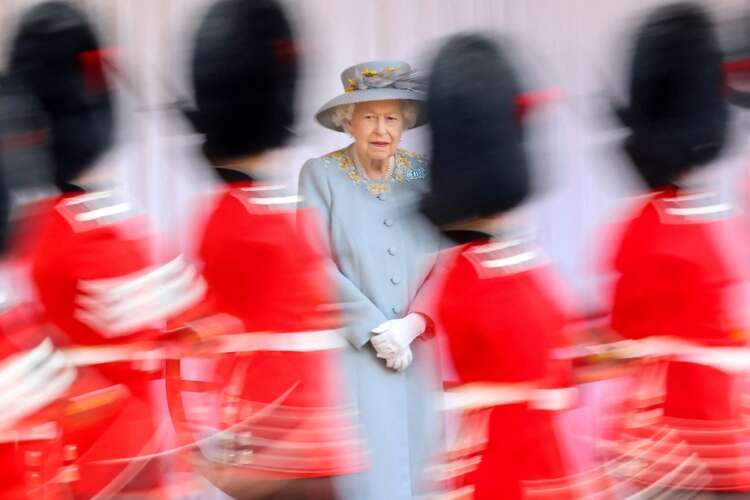 LONDON (Reuters) – Britain’s Queen Elizabeth sent a message of condolence to Brazil on Monday as she continued to carry out official duties despite testing positive for COVID-19.

Buckingham Palace said on Sunday that Elizabeth, 95, was suffering mild cold-like symptoms but was expected to carry on with light engagements, an indication that the world’s current oldest and longest-reigning monarch was not seriously unwell.

As such, she sent a message to Brazil’s president on Monday saying she was deeply saddened to hear of the destruction caused by floods in the city of Petropolis which has led to more than 175 deaths.

“My thoughts and prayers are with all those who have lost their lives, loved ones and homes, as well as the emergency services and all those working to support the recovery efforts,” her message said.

The queen, who has been fully vaccinated against coronavirus, joked just four days ago that she could not move much and fears about her health have mounted since she spent a night in hospital last October for an unspecified ailment.

“I know the whole House (of Commons) will join me in sending our best wishes to Her Majesty the Queen for a full and swift recovery,” Prime Minister Boris Johnson told parliament. “It is a reminder that this virus has not gone away.”

The queen is due to speak to Johnson by telephone herself on Wednesday for her regular weekly update, and is planning to go ahead with other virtual diplomatic audiences scheduled with foreign ambassadors, the palace said.