Creating a culture of compliance 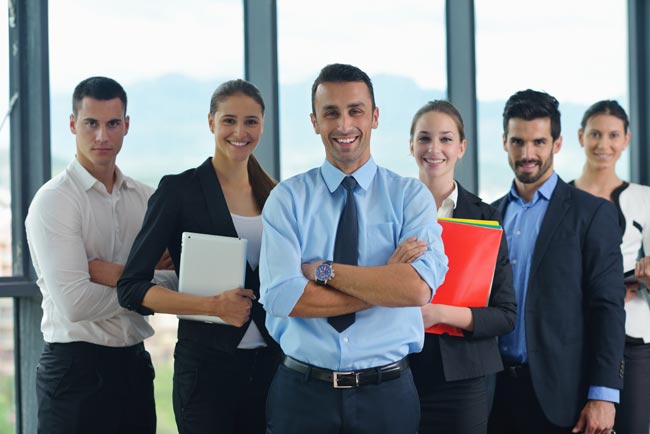 What is culture? The Oxford English Dictionary defines it as -The philosophy, practices, and attitudes of an institution, business, or other organization. Generally culture is something that develops naturally over long periods of time shaped as it is by so many factors – societal, demographic, political, social economic etc. It is certainly a very long period of time since the FCA started banging on about culture within financial services institutions – and their expectations in this regard. The FCA’s message has been as unequivocal as it has been longstanding – that it is looking to hold senior management accountable for the embedding of compliant cultures and high ethical and conduct standards. To judge by recent increases in enforcement levels relating to conduct – one could be forgiven for thinking that this has fallen largely on deaf ears.

The result? The Senior Managers Regime – which aims to lead the reluctant proverbial horse to the water and then make it drink! New rules that hold senior UK-based managers of banks liable for their actions are deemed a necessity economically, socially and politically. It is not entirely to the industry’s credit that they have been the only ones group not to get this entirely. The regime, which finally kicked in on March 7, doesn’t just put a financial firm’s high-up employees in the firing line, but its culture too. For without an appropriate embedded culture led from above the FCA argues – no institution can expect to achieve the standards and improvements that have so long been required. It is widely accepted that cultural shift is the most important response to regulatory creep.

The Senior Managers Regime is designed to control irresponsible boards, bosses and risk-takers. All managers or those with director-level oversight for a UK-based part of any banking business will be captured and their sphere of influence defined, assigned and recorded. If a captured financial institution breaches regulation, the accountable person could face financial penalties or a ban from the industry. The most significant shift here is that the accountable person effectively shares accountability with those he or she oversees. Their actions create consequences for him and he must be able to prove he took all ‘reasonable steps ‘to ensure that their actions were compliant or that breaches should reasonably have been avoided. Such positions of responsibility suddenly seem less appealing! Indeed there is already a looming recruitment crisis for bank boards as the downsides and risks of such roles – along with the increased retention and control/clawback provisions for remuneration – make board roles more difficult to fill. The Treasury has backed down slightly in the face of legal advice and consequently jail time hail time looks less likely when it transferred the burden of proof for these rules from the bankers to the watchdogs. Further evidence for this relaxing of the new standards came when it emerged that the Financial Conduct Authority had dropped a review into banking culture.

However the spirit of the new regime remains undiminished according to Tracey McDermott the acting head of the FCA and the SMR will force change in business practices. The biggest changes will be that Managers and firms will need to cover their tracks and maintain scrupulous records and audit trails. IT system and MI spend along with legal, compliance and risk management budgets are set to rocket. The firm must educate and equip managers and staff alike to be competent and to understand what is required from an ethical and conduct point of view. They must then put in place the mechanisms to achieve this and the oversight infrastructure to monitor and record its delivery.

Many banks see this as unnecessary bureaucracy and intrusive regulation that slows down decision making – others see this as a necessary cultural and systemic shift. Either way – the impetus for such deep cultural change must now be driven from the very top of every organisation and be thoroughly embedded changing attitudes and processes at the same time through education, policy and process restructuring.

Most ominously, regulators have signalled their willingness to catch managers by using the fuzzy notion of cultural deficiency to pin responsibility even where the company org chart suggests there isn’t any. Lawyers accept that this is a grey area but one that banks would be foolish to ignore. Those that put profit above client interest are courting disaster those that don’t must be able to demonstrate that fact.

There will be other shifts. The dilemma facing directors over whether to put regulators’ or shareholders’ interests first will intensify. Watchdogs will be much more tenacious in checking that a bank’s culture is up to scratch, all staff down to the most junior will be scrutinized and institutions will need to pay attention to their T&C and development strategies to meaning institutions may have to do even more to ensure that their junior talent is on board, competent and happy.

In summary a cultural revolution, albeit a slow-moving one and one that’s probably needed, is gathering steam. It’s also an unstoppable one – as the FCA/PRA press on with consultation with to the rest of the industry – notably the wider wholesale and investment/asset management sectors – to broaden the regime’s application to cover the entire industry. Many smaller firms in these sectors will find cultural change of this magnitude even harder and financially damaging to achieve.

Rebels with a pause for thought: