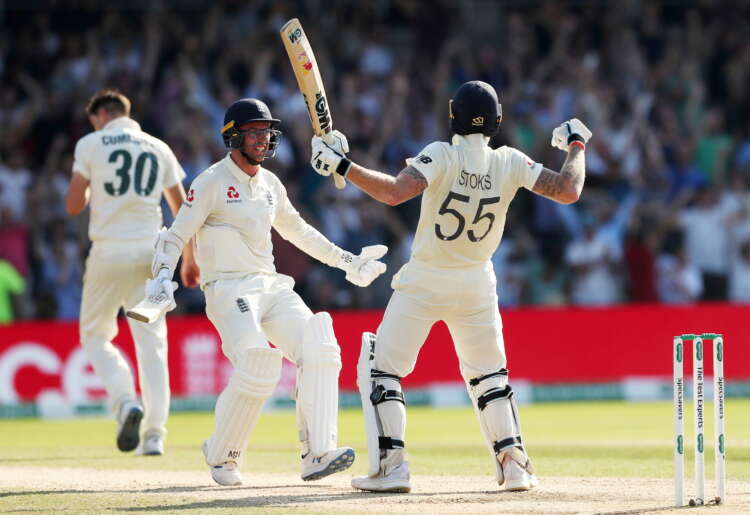 SYDNEY (Reuters) – England captain Joe Root said he did not “feel comfortable” naming his team for the first Ashes test on Monday but he left little doubt that Ben Stokes would be in it.

All-rounder Stokes was a late addition to the squad after taking an indefinite break from the game in July to focus on his mental health, while also recovering from a second operation on a broken finger.

Stokes, who tortured Australia with an unbeaten 135 at Headingley to pull off an improbable run chase in the 2019 Ashes, made light of his long layoff by taking 2-31 and scoring 42 not out against the England Lions last week.

“It’s really been good to see Ben back involved in the frame of things and to get into the limited game time that we had, and to look as good as he did as well,” Root told reporters at the Gabba.

“I always know that when he gets into that game, he’ll want to put his mark on it, put his stamp on it.”

Asked about whether he would need to manage the number of overs Stokes bowled, Root said it was important not to pile too much expectation on the 30-year-old after four months on the sidelines.

“Our whole bowling group, collectively, we can work together to take those wickets,” Root said.

“I’m sure Ben will have a big say in that. It’s something we’ll be definitely working to get right this whole series, particularly in that first game.”

England last won a test at the Gabba in 1986 and Root said he was not in any rush to announce the side he hopes will break that 35-year hoodoo, despite his Australian counterpart Pat Cummins naming his team on Sunday.

“I’m not into mind games, I’m just not in a position right now to name my team,” he said. “Fair play that they’ve announced their 11. Doesn’t really concern me or change anything from our perspective.

“We’ll conduct our business how we want to and let you know when we’re ready.”