Cycle into the future: What will our cities look like? 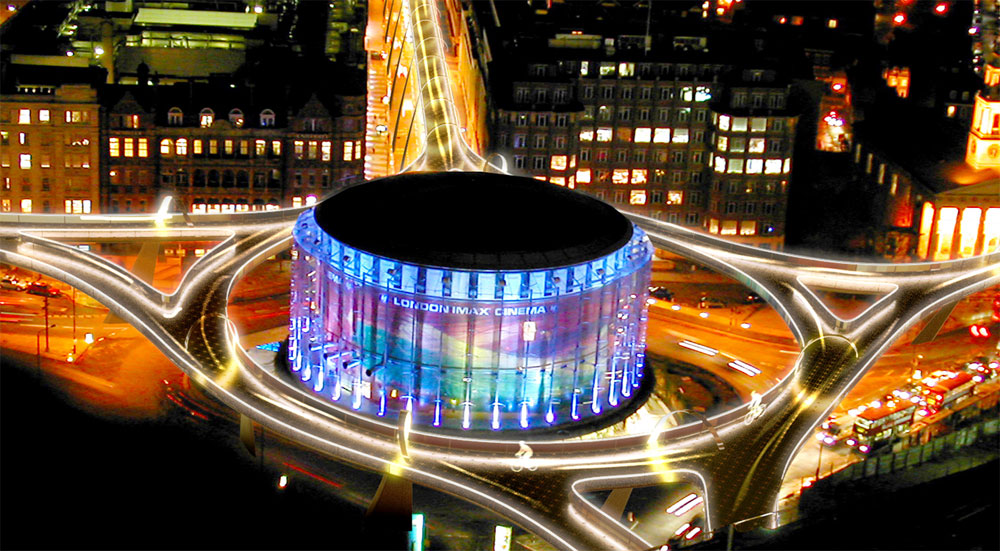 If governments and local councils worked together to plan a safer, cycle-first infrastructure in two of the UK’s largest cities, what would it look like? New research has the answer.

Choosing Piccadilly Gardens, Manchester, and Waterloo, London, Ribble Cycles has created unique concept designs revealing how these two areas could adapt their infrastructure in the near future to improve urban cycling.

Based on existing examples from around the world and a host of modern tech, these future cities are designed to ignite the debate currently surrounding urban cycling and inner city planning.

Despite figures showing that as many as 23 million cycle journeys occur each year in London, only small tweaks have been made to the cities infrastructure. To improve both commuter transit speeds and inner city congestion issues, Ribble Cycles and its expert panel, have suggested exciting concepts including elevated cycle lanes, solar roads, automated underground bike storage and suspended cycling paths. 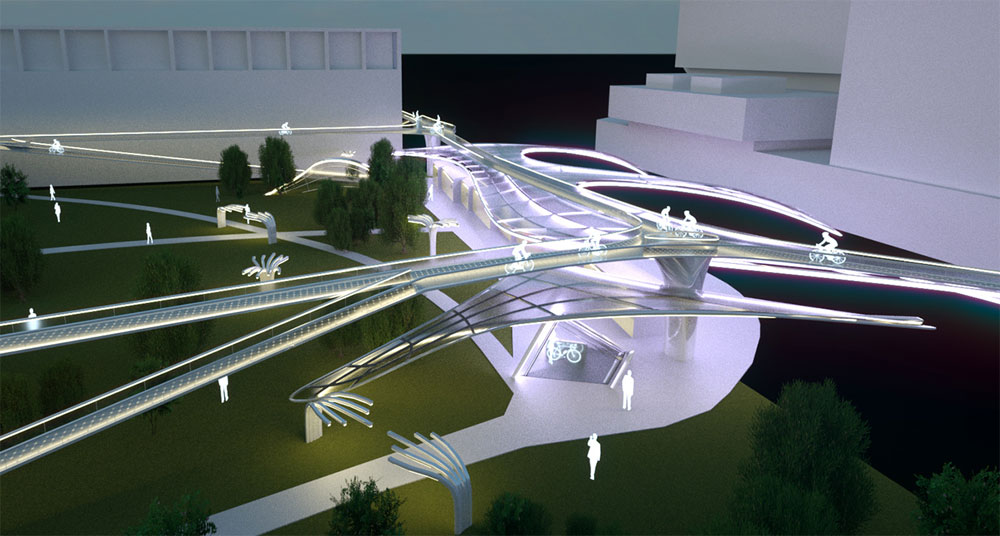 Helping London reduce its reliance on fossil fuels, the introduction of solar roads will help to reduce the UK’s carbon footprint, whilst also saving the City of London money*.

Ribble Cycles also predict an elevated superhighway for the capital. This will run across Waterloo Bridge, allowing cyclists easy access across the River Thames to areas such as South Bank, Westminster and Covent Garden.

Another key feature of the designs is automated bike storage, aimed at reducing the amount of congestion associated with traditional storage methods in both London and Manchester. This particular addition was suggested by Transport Planning Consultant, Adrian Lord, who argued that storage systems should have “minimal human involvement”, similar to those already in place in Tokyo.

Expert panellist John Parkin, Professor of Transport Engineering at the University of West England, said: “We need to create an environment that’s pleasant and different […] using touch and feel materials while encouraging public art to create an identity and culture.”

The futuristic designs put this recommendation into action and foresee the dimly lit walkways, currently running through Piccadilly Gardens, being transformed and stitched together by a series of elevated, two-way cycle lanes with illuminated pathways. Each path would be made using modern, eco-friendly materials, including solar panels, which power the lights that give this area its iconic, futuristic feel.

Graham Titchener, Regional Director at York City Council argued that “direct routes” and “segregated cycle lanes” should take centre stage during any future discussions in relation to cycling infrastructure. This observation inspired the introduction of a solar panel super highway to cycling of the future in Piccadilly Gardens, Manchester. Not only will this shorten the length of time it takes cyclists to move from one end of Piccadilly Gardens to the other, it will also help to keep them safe away from tram lines, turning buses and other forms of heavy traffic.

Matthew Lawson, Chief Marketing Officer, at Ribble Cycles said: “In our vision of the future we see cycling in city centres being made safer, easier and ultimately more appealing. These new concepts have taken into account any issues cyclists are currently facing in these popular areas and aim to improve their overall cycling experience on a daily basis.

“Although some of the designs may look farfetched, the fact that a number of these features already exist throughout the world already helps to paint a more realistic picture of what could be.”

“We hope these designs provide a thought provoking glimpse into the future and will encourage more people to get on their bikes, creating a healthier future for people and the planet.”

To see the futuristic designs and for more detail, please visit http://www.ribblecycles.co.uk/cycle-cities/

Take the weight off your shoulders at kingsbridge