Dealing with talent mobility in a post-Brexit age 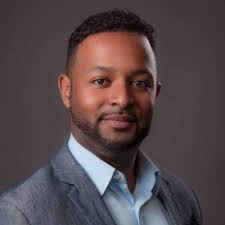 What are the financial implications of employing EU nationals in the UK, or British nationals outside of the UK, in a post-Brexit age?

Right now, confusion reigns in many industries, with any organisation looking to expand into Europe or to take on highly-skilled EU national in the future in a state of uncertainty. And that’s something that is never good for business.

In gloomy predictions from the Governor of the Bank of England, Brexit spells a weaker economy, higher inflation, higher interest rates and higher wages, in the short-term at least.

And, of course, one of the main areas of uncertainty that is going to impact British businesses is the end of freedom of movement, for EU nationals within the UK and for Brits working abroad.

This, in particular, is a source of concern for any employer looking to expand into mainland Europe in the near future. The best laid plans for global expansion have been thrown into disarray by Brexit-related uncertainty.

Employers cannot stand uncertainty about what may or may not happen to their employees at home or abroad. And perhaps the most immediate concern for any British company is preparing for the unknown and ensuring that they are fully compliant with employment regulations wherever they may be doing business, both now and in the future.

Second to this, many businesses are rapidly weighing up the costs and bureaucracy involved in setting up legal entities on the continent, or in Ireland, in order for them to continue with their current operations in those territories.

Thirdly, there are also challenges around managing the Brexit fallout for EU nationals working in the UK, many of whom may decide that it’s in their best interest to return home or face disruptive VISA issues should they wish to stay working in the UK for a British employer.

This is no minor issue, with 3.6 million EU nationals currently living in the UK, while there are around 4.5 million Brits living in mainland Europe.

Post-Brexit employment: what you need to know

The fact is this: British employers are firstly going to have to do plenty of research into the country specific nuances of setting up shop and employing staff in particular countries like Ireland, Spain and Germany, and even in non-EU European countries such as Switzerland that are part of the European Single Market.

Even then, there are still areas of uncertainty. Which is why its not surprising that, according to a recent survey of 357 companies conducted by the Confederation of British Industry, more than two fifths said that the fallout from the Brexit referendum was having a negative impact on their investment decisions.

The EU is the UK’s largest trading partner, by a country mile. With around 44 per cent of UK exports in goods and services currently being sold to other EU countries. In monetary terms, that’s around £240 billion a year, from a total export figure of £550 billion.

It’s vital for the future of British industry that we don’t suffer too badly from a post-Brexit skills crisis, which is why it is of the utmost importance for British employers to continue to be able to find and employ the correctly-skilled workers at home in the UK or in Europe, no matter what the local employment rules and regulations are.

Cost is generally the main reason that puts British companies off when considering setting up new legal entities abroad, especially if they are new to the process. Each different EU country, for example, differs in terms of local employment laws around paid vacations, public holidays and local payment practises.

As a British employer, there are certain things that need to be included in an employment contract to comply with domestic legislation. And there are a few country-specific differences, outlined below, that you need to know when taking on full-time staff or contractors in these countries.

Differences in employment contracts across Europe

For employment and payroll, registrations with tax and social security authorities are necessary. Employee earnings are subject to withholdings for social security (19.425% employer and employee portion each, up to a ceiling of €6,350 gross per month) and wage tax (from 14% to 45%) is done through payroll.

Employees receive their annual salary in 14 payments (12 for each month, with additional payments in June and December).

Using an Employer of Record(EOR) service

In addition to the bureaucracy and cost of employing staff in new European countries, payroll procedures also differ widely, based on local accounting and tax rules.

Ensuring compliance is a challenge, which is why the financial benefits of using an Employer of Record (EOR) service are becoming more attractive following the uncertainties thrown up by Brexit.

EORs are third-party companies that take on the legal responsibilities of employing staff in the target country, or countries, in which you wish to have staff. This means that the EOR takes on all of the administrative, legal and local tax and payroll rules relating to the employment of your workers.

The EOR will also help your business to find and on-board the best-skilled staff, write their local employment contracts and deal with all of the local benefits due to the workers. It is an invaluable solution to free up the business owner or entrepreneur to focus squarely on running their business.

It saves employers time and offsets the cost of setting up a legal business entity in the target country. While also giving them the confidence that they are hiring staff in compliance with local regulations. Plus, as well as being the ideal way of testing the water in new markets, an EOR is also an incredibly quick and flexible solution to the problem of employing the best-skilled workers, wherever they may be in the world.