Determination and Innovation the Key for Fast Growing UC Firm

'We're going to be free': Chinese cheer as COVID curbs are loosened

Emergency call services, telcos urge EU to protect telecoms networks from power cuts
Our website publishes news, press releases, opinion and advertorials on various financial organizations, products and services which are commissioned from various Companies, Organizations, PR agencies, Bloggers etc. These commissioned articles are commercial in nature. This is not to be considered as financial advice and should be considered only for information purposes. It does not reflect the views or opinion of our website and is not to be considered an endorsement or a recommendation. We cannot guarantee the accuracy or applicability of any information provided with respect to your individual or personal circumstances. Please seek Professional advice from a qualified professional before making any financial decisions. We link to various third-party websites, affiliate sales networks, and to our advertising partners websites. When you view or click on certain links available on our articles, our partners may compensate us for displaying the content to you or make a purchase or fill a form. This will not incur any additional charges to you. To make things simpler for you to identity or distinguish advertised or sponsored articles or links, you may consider all articles or links hosted on our site as a commercial article placement. We will not be responsible for any loss you may suffer as a result of any omission or inaccuracy on the website. 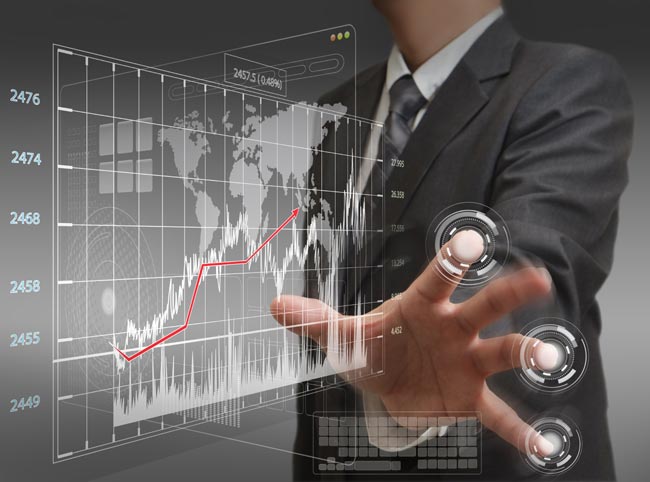 In just four years, VIA, the brainchild of three long-standing friends, Alex Tebbs, Edward Worthington and Gareth Sobocinski, has grown into a hugely successful business that now turns over well in excess of a million pounds a year. From humble beginnings working around Alex’s kitchen table, the company now has a large sophisticated office in the heart of Nottingham filled by an ever-growing workforce.

“Edward and I were working together at a technology company and we were always intrigued by the idea of starting out on our own as it is the only way to truly be the master of your own destiny,” says Alex. “We spent a couple of months living together whilst working in Singapore and it was there that we took the decision to work with Microsoft Lync, which has since become Skype for Business.”

Edward adds: “We noticed how unified communications (UC) technology was evolving and were impressed with the Lync architecture and design. During our research we did not find a single company providing a unified, easy to manage hosted communications solution. We wanted to fill that void.”

With a unique idea and a well thought-out business plan, Alex, Edward and Gareth spent every waking minute during evenings and weekends developing their product and getting it ready to go to market. “Creating an innovative UC platform is do-able whilst holding down a full-time job, it is just a case of being committed, innovative and determined. However, once the product (VIA Voice) was finished we realised we’d need to quit our jobs in order to sell it because you have a responsibility to your customers to be available 24/7. That is when the three of us took the plunge and went full-time,” Edward says.

The team describe their first year as “incredibly daunting”, ploughing every penny they could spare into the business. The search for funds even saw the sale of cars and moving in together to cut costs. “It was more difficult than we ever could imagine – essentially we sacrificed anything we could to make it work,” adds Alex.

That hard work was soon to pay off as the team secured its first major contract with Oxford Computer Group – the company’s first six-figure deal.  “The sense that someone trusted you and the service you had built from scratch was intimidating yet very rewarding”, remarks Edward.

Early success meant the company could invest in offices in Clerkenwell, London, which remained home until 2015 when the decision was taken to move to Nottingham. “It allowed us to expand quicker than we could have done by remaining in London,” says Gareth. “We could afford a bigger premises in the heart of Nottingham, which is fast becoming a technology hub due to the popularity of the city’s two universities, which have many technology and business focused courses, whilst Derby is also close. This allowed us to grow our workforce, including recruiting more developers, which in turn would help us to further strengthen our portfolio of products.”

Last year’s move is certainly paying dividends. VIA now has ten staff on its books, whilst the company has in excess of 300 customers using its cloud-based UC platform, including the University of Warwick, the Association of British Insurers and Teach First, it’s biggest client with 650 licences, one for each member of staff.

“Last year we turned over one million pounds and we expect that to double this year. It is a far cry from the long days huddled around my kitchen table!” says Alex. “The UC marketplace is still relatively young but we have quickly established ourselves as an industry leader by re-investing in our portfolio of services and working with our clients to create bespoke solutions where appropriate. To grow as quickly as we have you must have a product you’re willing to stand by at all times.”