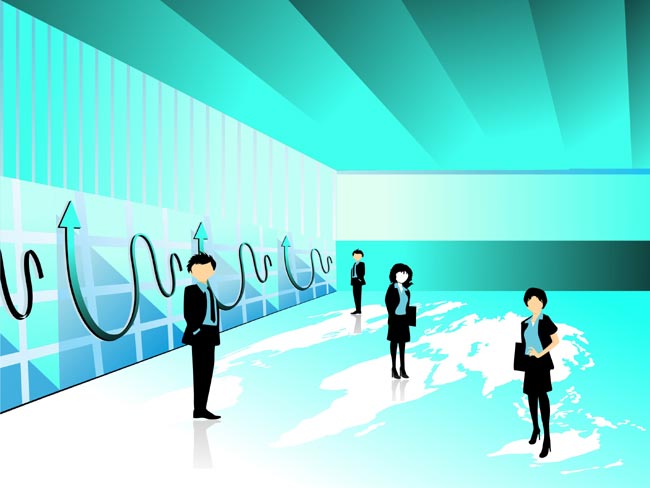 The Game Changers series is organised by the newspaper, Hong Kong’s largest and most influential English-language media outlet, to bring together high profile business leaders to share their visions and experiences to the delegates in attendance.

Mr Green was the only representative of the international financial services industry to be invited to speak.

Other keynote speakers at the event held at the JW Marriott hotel were C-suite execs from the Chinese corporate mega giant, Ali Baba; the global delivery service, UPS; and the Hong Kong University of Science and Technology.

Mr Green was interviewed by the SCMP’s Senior Editor, Yonden Lhatoo, in a section of the programme called Rules Don’t Apply.  The theme of the interview was ‘Sharings from a Visionary Entrepreneur: Changing The Rules of the Game to Achieve Entrepreneurial Success.’

During the on stage chat they discussed, how and why he set up deVere. He commented:

“We deal with mainly expatriates and international investors.  deVere was set up in 2002 to meet a gap in the market after we identified that expats need specialist cross border advice.  It’s a market that continues to grow year on year as the world becomes ever more globalised and more and more individuals and companies ‘go international’.”

“I’m sure as an audience, many of you are expats who have lived here for a long time, but you might not always live in Hong Kong…so you will be concerned with Hong Kong tax and investments but also those in other countries and that is what we do, that is our speciality.

But it wasn’t all plain sailing – which Mr Green appears to appreciate somehow.  He likes to be questioned, it seems, even on stage by an editor from the SCMP in front of delegates and cameras.

In fact, Mr Lhatoo started off the interview by saying “Thank you for joining us on stage, especially when you have previously had a ‘run in’ with this newspaper when we published a negative story on deVere.  I promise I won’t crucify you… Too much. But one quick Google and we see you get your fair share of very positive PR, but there is also some criticism too. How do you respond to this?”

Me Green said: “Scrutiny is part of being a leader and the price of being high profile and successful.  That said, we take legitimate complaints from clients seriously and work swiftly for and with the client to resolve them. The important thing is to be upfront. To be open and transparent. To deal with things as they come along.  You’ve got to deal with the press –and to understand that the press prefer the negative to the positive as this gets them more hits on their websites.  My approach, as you can see as I’m here on stage, is to be open.  But you’ve also got to keep it in perspective – we have, after all, 80,000 clients who trust us to advise them on their money and money is a very personal thing.

“The world has changed significantly in recent years due to social media, meaning that everyone with a smart phone is now a ‘consumer journalist’ so any issues are potentially much bigger and in the public domain almost immediately.

“The negatives cannot distract you from your primary aim of helping clients achieve their long-term financial goals.”

From there the discussion went on to a highly controversial and topical subject: the Panama Papers.  In recent time, Mr Green has given a spirited defence of the international financial services industry.

He commented: “I’m one of those who believe that privacy – not secrecy – is OK in certain circumstances.  We mustn’t throw the baby out with the bath water.  Just because someone has something in Panama doesn’t make it necessarily wrong by default. In fact, it is most likely legal.

“I know you have had some government-funded public institutions here in Hong Kong that have put their money into the BVIs and Panama.  Is that wrong?  No. If it is not illegal, it is not wrong.  They are taking advantage of the established rules to lawfully mitigate their tax.  Why shouldn’t they mitigate their tax, if it is legal?  If it is illegal, that’s a different matter.  That is completely different.

“Being legally tax efficient is sensible. For example, here in Hong Kong, there are some advantages for investing into a pension.  Is that being immoral? Or is it being sensible with your money?

“If you’re Chinese or Russian and live in the UK, you can legitimately pay less tax than a Brit who lives in the UK.  Would that be wrong for those Chinese and Russian people to use that rule to their advantage?”

He went on to say: “The Panama story has taken on a life if its own.  People say there are those stashing their cash and hiding it in Panama – and some surely are, and that is, of course, wrong.  But some people are simply using it because it is a tax efficient jurisdiction, whereas others need and/or want privacy.

“For instance, wealthy people from Mexico who quite legitimately fear kidnap, put their money there for safety reasons.

“We need to regain some perspective on the Panama Papers issue.

“People should not criticise individuals, organisations, institutions and companies using the rules to their advantage, but should, I suggest, criticise the rules themselves.  It is for governments to make the rules.”

Gathering Consumer Feedback in the Financial Field: Who matters and what to ask?