Digitisation of Banking: the impact of digital money

By Mark Somers, Director of Research at risk analytics firm, 4most 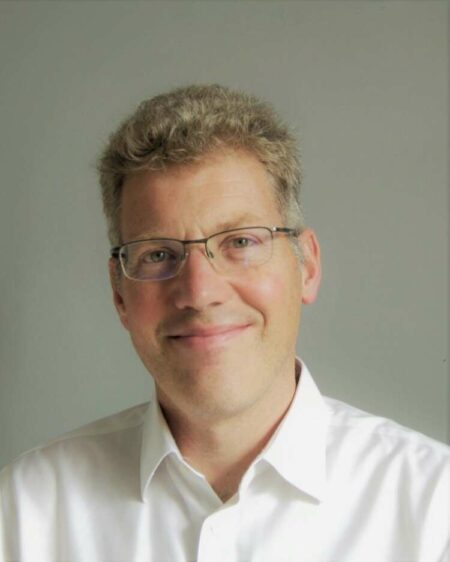 Digitisation is having a profound impact on all aspects of banking and not least the very core of what money is.  Looking at the history of money, monetary innovation, such as the abandonment of the gold standard or the adoption of paper money has caused fears around the stability of the monetary system. Today we face the digitisation of money – already electronic bank transfers have largely eradicated cash.  The necessity for a convenient mechanism for online transactions (accelerated by social distancing) and the inconvenience of a pocket full of change, has driven consumers to move away from physical cash.  Many see this “electronic money” as a pre-cursor to full adoption of a digital currency unlinked to any physical representation.

What is the difference between electronic and digital money?

Electronic money is simply a total IOU representing the money that the bank holds on your behalf.  To make a payment the bank deducts the relevant amount from your total and allows another bank to add the equivalent amount to the recipient’s total balance. This process requires careful reconciliation to avoid money being created or destroyed enroute. This reconciliation is historically slow and expensive.

Digital money replicates physical bank notes – typically it is a piece of data (“token”) that records its ownership. Digital currencies exist in the form of crypto currency such as Bitcoin or Ethereum and Central Bank Digital Currencies (CBDC) examples of which are already live in China, Cambodia and the Bahama’s, with trials and studies under way in most other major economies.  Different designs of digital currency exist from online-only systems (which are only available to transact if you and the payee are connected to the internet), to those that can be stored locally on a digital storage medium (just as you would keep notes in your physical wallet).  In addition, some rely on trust-less distributed ledgers, others rely on centralised registers held by a central bank.

What will drive consumers to transact with digital money?

There are only a few areas where the transition to electronic transfer of money has been sluggish or non-existent:

If digital money is able to gain acceptance in these areas, then it is likely to accelerate the adoption of digital more widely, particularly given the desire of banks and related institutions to exit the costs of maintaining cash-handling infrastructure (ATMs, branches etc). Thus, ultimately adoption is likely to be a two-pronged process with replacement of cash in the low-value in-person transaction space, coupled with growing popularity of digital over electronic in the online space.

Whether the digital money is issued by central banks or privately, the drivers of adoption of some form of digital money are likely to be similar: speed, cost, and convenience (the choice between which digital money consumers end up favouring will be dependent on regulation and design details which are difficult to fully decipher).  A summary of the drivers and the different types of currency are explored in the table below:

Online discussions about crypto currency highlight that one of their main advantages is that they are independent of any trusted party and that for example, there will only ever be a finite number of Bitcoin. Proponents argue that fiat money is being systematically debased by the massive dilutions created by central banks through quantitative easing. Some suggest that ultimately this will drive runaway inflation and potentially lead to societal collapse.

While the lending market for digital currency is still in its infancy it is hard to get precise numbers on total crypto lending (estimates in the region of 10 to 20% of Bitcoin in circulation are plausible). It is very likely that ultimately the majority of digital tokens in circulation will be created through lending despite the number of tokens being nominally fixed.

A stable currency depends on prudent lending – what form of digital currency might encourage “good” lending?

To maintain an efficient lending market there needs to be adequate competition, and this typically requires some diversity in objectives amongst the participants.  In addition, markets also require regulatory oversight to step in and prevent market monopolies from forming.  If we look at digital currencies it seems likely that the nature of CBDC will support regulatory oversight more easily than a private or decentralised crypto token. With the use of a private or decentralised token it would be much easier to side-step regulatory oversight across borders or into domains where there is little transparency.

To support prudent and competitive lending requires customer data to be widely available and of good quality.  Digital currencies potentially provide a new level of information in this regard.  Digital currency may have the potential to look at the network of payments and potentially identify the financial health of not just direct counterparties but their dominant payees, understanding trends in their payment history and potential risks. With decentralised crypto currency that data is likely to be difficult to extract despite the fact that the distributed ledger is a public record of all transactions. By contrast, for central bank digital currencies there is potential for central banks to package this data effectively providing a significant advantage over time for the usage and issuance of CBDC credit over other types of digital currency.

Behaviour of digital currencies in times of stress

Where competitive markets are much less robust is in managing risk over timescales longer than capital investors return horizons. Typically, lenders left to their own devices, are incentivised to compete so hard with each other on rate and volume that they will become over extended when the next recession comes around.  Economic booms and busts are often associated with excessive leverage and to mitigate these risks, governments have empowered regulators to put limits on the extent to which banks can lend.

In most countries this regulatory control over lending is implemented through the Basel Capital accords. These ensure banks have sufficient capital reserves (typically good quality liquid assets or cash) so that they can continue to lend to the real economy even in times of stress.  Typically banks and borrowers under stress reduce borrowing activity which rapidly takes currency out of the system. This leads to deflationary spirals like those seen in the Great Depression of the 1930s in the US.  As we have seen recently in the 2008 and 2020 crises, it is important that central banks can use their control to re-inject liquidity into the financial system at these points via quantitative easing. This is a key benefit to CBDC over trust-less crypto currency.

Currently these capital requirements are linked to the right to obtain a banking licence and thereby be eligible to offer deposit guaranteed accounts.  Deposit guarantees in turn, ensure that a material portion of any deposits will be paid by the central bank even if the commercial deposit taker becomes insolvent (in the UK the FSCS guarantee).  Under stressed conditions, where central banks implement CDBC with direct accounts for consumers, as depositors become concerned with bank solvency, deposits are likely to flee to the lowest risk deposit holder and even a guarantee might be less attractive than an account at the central bank. This in turn would lead to serious liquidity concerns for commercial banks.  Central banks would in these circumstances likely need to guarantee support to commercial banks with liquidity, potentially leading to socialisation of losses.

In this article we have looked purely at the relative merits of different forms of digital currency with respect to lending and in turn its impact on the wider economy.  There are certainly many other aspects not covered, for example the trade-off between traceability of currencies to prevent illegal activity vs the power it potentially gives governments to stifle challenge or simply a consumer’s right to privacy.  It is also important to note that this change to our economies is also happening against a background of rapid environmental change, which is already putting pressure on proof of work currencies, notably Bitcoin, for being inefficient and unnecessarily polluting.  Given the large uncertainties it is difficult to predict a detailed path, however it seems highly likely that three things will occur:

How FS Organisations Can Enter The New Age in Digital Banking

AML and identity checks: Lessons learned from the NatWest case .