ECB must be prudent with rates hikes as recession risk rises: Panetta

Start-up Etioca eyes Nasdaq listing next year as it unveils electric taxi
Our website publishes news, press releases, opinion and advertorials on various financial organizations, products and services which are commissioned from various Companies, Organizations, PR agencies, Bloggers etc. These commissioned articles are commercial in nature. This is not to be considered as financial advice and should be considered only for information purposes. It does not reflect the views or opinion of our website and is not to be considered an endorsement or a recommendation. We cannot guarantee the accuracy or applicability of any information provided with respect to your individual or personal circumstances. Please seek Professional advice from a qualified professional before making any financial decisions. We link to various third-party websites, affiliate sales networks, and to our advertising partners websites. When you view or click on certain links available on our articles, our partners may compensate us for displaying the content to you or make a purchase or fill a form. This will not incur any additional charges to you. To make things simpler for you to identity or distinguish advertised or sponsored articles or links, you may consider all articles or links hosted on our site as a commercial article placement. We will not be responsible for any loss you may suffer as a result of any omission or inaccuracy on the website. 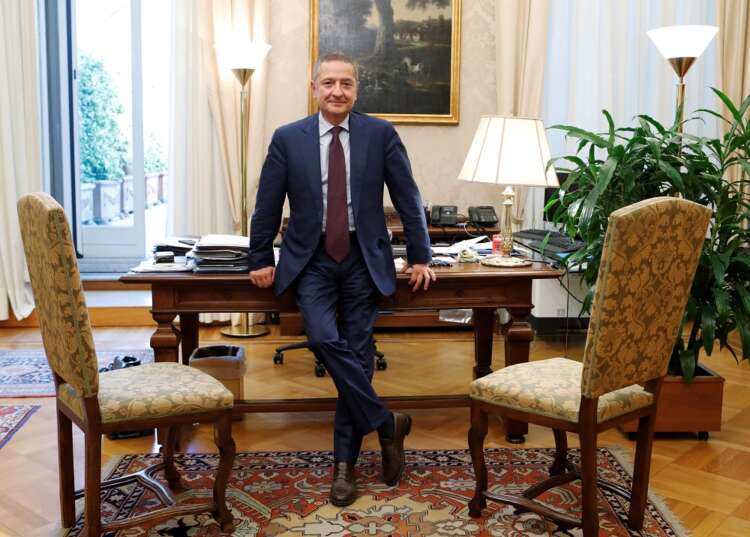 The ECB raised rates back to zero from negative territory in July and will likely hike again in September, fearing that inflation, now approaching double digits, is at risk of getting embedded in a hard-to-break wage-price spiral.

“We may have to adjust our monetary stance further, but …. we have to be fully aware that the probability of a recession is increasing.” Panetta told a financial conference in Milan.

“If we will have a significant slowdown or even a recession, this would mitigate inflationary pressures,” Panetta said.

Exposing a rift among policymakers, Panetta also argued that interest rates, once adjusted for inflation, are “not too far away” from what is considered neutral, which neither stimulates nor holds back growth.

Fellow board member Isabel Schnabel, however, last week argued that real short-term rates remain deep in negative territory and the ECB was “quite far” from becoming restrictive.

While the ECB has not said where rate hikes will stop, it said that further “normalisation” will be needed, commonly understood as moving towards the neutral rate.

Markets currently price in 62 basis points of rate hikes in September and a combined 131 basis points of moves for the rest of the year, suggesting that a rate hike is seen at each remaining policy meeting.

The top of the rate hike cycle is now seen at around 205 basis points above the current level.