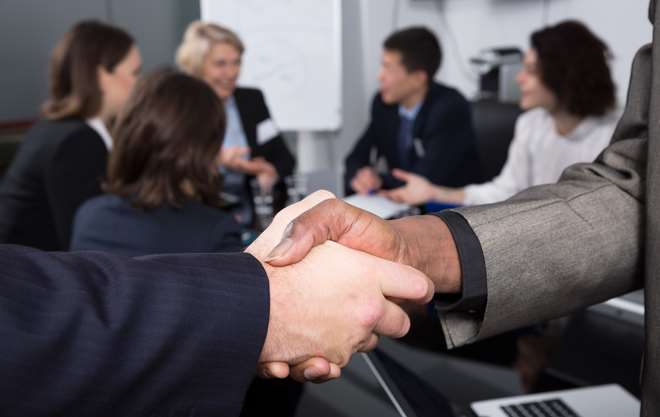 The recent announcement of another regulatory deadline extension – this time from BCBS and ISOCO relating to the next phase of Initial Margin – comes as little surprise to those involved in regulatory overhaul over the past decade.

While the regulators’ goals have been financial stability, the game has not gone to plan. There is no single consistent requirement in respect of collateral for uncleared derivatives. Different jurisdictions with different interpretations, coupled with standard document proliferation, have actually increased complexity. Market fragmentation and regulatory arbitrage are increasing. The vision of simplicity and the use of LegalTech such as document generation tools and negotiation platforms to streamline processes are unlikely to be fully realised. Indeed, after a decade of regulatory change, firms have still not adequately digitised their legal documentation. They have not linked documents to client, trade and collateral data. Indeed, most are still reliant on tactical, piecemeal solutions that might be still adding to, not reducing, risk.

Akber Datoo and Jason Pugh, Managing Directors and Peter Newton, COO at D2 Legal Technology, ask, if a key regulatory objective is financial stability, where is the incentive for strategic changes to financial instrument (remembering that in reality, these are simply a series of contractual obligations) management that would ensure we are best placed to deal with both regulatory and market change?

Post the financial crisis of 2007-2008, global economic leaders were united in a desire to introduce regulatory reform in a bid to reduce risk and avoid such a calamitous situation ever arising again.  There was significant global consensus and a stated willingness for diverse regulatory bodies to work together in a bid to achieve simplification and hence reduce risk.

Uncleared derivatives were, understandably, a core component of regulatory reform, with the G20 initiating a significant reform programme in 2009. This G20 Pittsburgh Agreement consisted of four main elements, whereby derivatives should be traded on exchanges or electronic platforms; centrally cleared; reported to trade repositories; and, where not centrally cleared, subject to higher capital charges. Two years later, as part of the Cannes Agreement, the G20 added margin requirements on non-centrally cleared derivatives to this programme and called upon the Basel Committee on Banking Supervision (BCBS) and International Organisations of Securities Commissions (IOSCO) to develop consistent, multi-jurisdictional standards for these margin requirements.

In a sea of global financial change, this collaboration between BCBS and ISOCO was the posterchild for the regulatory reform process. The model was consultative, with a clear focus on delivering a consistent, global standard for margin requirements that could not only deliver harmonised systems, but also enable the use of Financial Technology (FinTech) and Legal Technology (LegalTech) to streamline processes and support a simpler, less risky – and optimised – world.

Yet despite the best intentions, it became rapidly apparent that the concept of harmonised regulation was never going to be fully realised. Each local regulator approached the vision to make the world a safer place from the perspective of the country and market they regulate. Each interpreted the regulation slightly differently, with nuances from thresholds onwards that have resulted in a complete lack of global consistency. Given the need to implement these new regimes to an exacting timetable, the industry was reactive and lacked strategic direction, with the resultant effect being a proliferation of standard documentation. For example, while pre-crisis firms had just four main different types of published collateral arrangements – a New York, Japanese and two English forms (the latter distinguishing between title transfer and security interest) – today firms have to choose from nearly 70(!) pre-printed forms. So much for simplification to reduce risk.

If deadlines are continually postponed, where is the drive for institutions to plan ahead and invest strategically?  Even more concerning for the evolution and development of vital FinTech and LegalTech, where is the value for software firms in investing in developing solutions – such as document generation tools and negotiation platforms – when a regulatory postponement can completely undermine a company’s business case and planned revenue stream?

The reasoning is clear: the next phase, which relates to Covered Entities which exceed a permanent $8bn AANA threshold, will capture a huge raft of counterparties previously untouched by this regulatory change. While Phase 4 affected roughly 100 entities, ISDA estimated the original Phase 5 would affect close to 1,100. Given that many organisations have a number of relationships, this could catch over 9,000 relationships. Not only would this have meant a huge repapering effort, but the counterparties affected are less sophisticated than the large institutions in the derivatives market and have no experience with initial margin and its documentation.

Of course, it is the combination of this additional phase, and the guidance from BCBS and IOSCO on 5th March 2019, suggesting counterparties do not need to adopt  full “documentation, custodial or operational requirements” if they are exchanging bilateral initial margin of less than EUR50 million (albeit then reliant on individual regulators to transcribe this guidance into law – another example of piecemeal extensions and reliefs), that is dramatically easing the repapering burden. ISDA estimates that a large majority (perhaps 70-80%) will not post the required fifty million of initial margin for at least two years, if at all.

It was an optimal time for this industry to consider a more strategic approach and to develop a market utility or solution that supported the use of document generation and negotiation platforms to streamline the repapering process.  Once again, by delaying the postponement, regulators are reinforcing the use of tactical rather than strategic solutions: any firm looking at a strategic rather than tactical approach to margin reform compliance should by now be fairly advanced in designing, implementing and testing the architecture. The delay simply gives institutions another reason to use more sticky tape.

And this is without doubt one of the most frustrating aspects of the past decade’s regulatory overhaul. Firms should not be focusing on tactical solutions for one form of document or particular regulation but a strategy for the effective management of all legal documentation. Repapering exercises have been the one constant.  In fact, we have come very close to a mandated strategic approach to the digitisation of documentation, through the Qualified Financial Contract (QFC) recordkeeping requirements.  At the very beginning of the QFC recordkeeping rule, in 2014, there was a requirement for all firms to digitise contracts – yet when the final rule was published the digitisation requirement had been removed, because firms deemed it to be too much effort.  This was the first point at which this requirement fell away – having been present even in the penultimate rule form in 2016.

A decade on and just consider where we would be today if firms and regulators had bitten the bullet and enforced document digitisation and linked collateral with agreement data. From market and regulatory change to any future economic crisis concerns, firms would have been far better placed to cope and respond.

Ten years on, what has been achieved? Without doubt there has been some progress. Many documents have been repapered. Qualified Financial Contract record keeping is live. Rule 4210 continues to progress (although with delay upon delay of the implementation date and potential changes to the requirements).

Margin requirements apply to those relationships that needed them to help manage financial stability.  However, despite the best intentions, BCBS and IOSCO have not delivered the single global standard to which all jurisdictions should now comply. The vision of simplification has not been achieved. And with constant delays and postponement, as well as extraordinary complexity, the use of technology to make processes more efficient has been compromised, arguably even derailed.

Furthermore, there is no strategy both in terms of timing and incentivising firms to embrace strategic rather than tactical responses to ensure financial stability. This has to change. Firms need to step aside from continued regulatory postponement and complexity and focus on core operational needs. IBOR transition, for example, is likely to be more complex and convoluted; it will require both effective technology and process optimisation.  It also has all the hallmarks of a litigation risk timebomb (the new PPI?), creating winners and losers from the very nature of the IBOR replacements. It is time for organisations to recognise that the development of a legal data and documentation strategy is a fundamental operational requirement that extends beyond regulatory compliance and enables essential business optimisation.